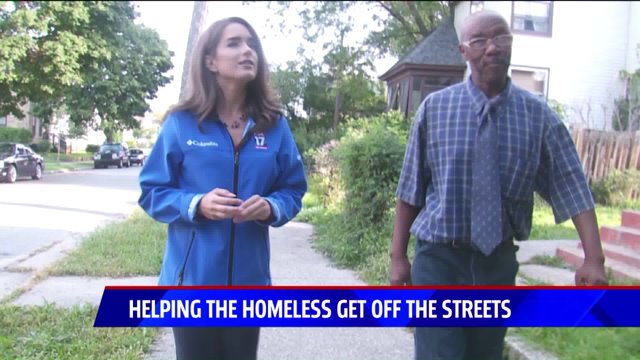 GRAND RAPIDS, Mich. -- The statistics are startling: On any given night, as many as 1,000 people are sleeping on the streets of Grand Rapids.

That's why a local nonprofit is using the "housing first" model in the hope of moving people out of homelessness and into permanent housing.

Well House first opened in 1978 as a haven for the homeless. Fast forward to 2016, and the organization owns 13 homes and continues to expand.

Executive Director Tami VandenBerg says there is a solution to homelessness is to get the housing first, because when you are a homeless person spending nights in a shelter, "you don’t have an address, you don’t have a shower. You have to leave at 7:00 a.m. with all your stuff on your back and come back. Your meds are getting stolen, and all you can think about really is your own safety.

That's why it's best to get the housing first, so those living on the street have an address, a shower and know we're they're going to sleep. Only then can they truly focus on their future, VandenBerg said.

The non-profit Well House is moving people out of homelessness and into permanent shared housing by buying up vacant homes, bringing them up to code, and then renting rooms to people who have no housing. All at a cost of just $275 a month.

VandenBerg told FOX 17 Thursday that Well House has pulled 121 people off of the streets in just three years, and 92 percent of those people have stayed out of homelessness.

In addition, Well House is providing individuals with jobs, hiring them to work on other vacant homes to provide even more housing.

Well House recently secured 10 vacant homes from Kent County Land Bank. Four of those are currently under construction, the other six were renovated and occupied. They plan to purchase one more home in the next few weeks.

Despite the work Well House is doing, VandenBerg says, the need is greater than what they can provide. For every one person the organization moves in, they have to turn three away.

Well House is always is need of donations, whether it's cash, home supplies, or volunteers for their community farm.

If you would like to donate, go to 600 Cass Avenue in Grand Rapids any weekday 1-5 p.m.

If you'd like to nominate a Pay It Forward Charitable Organization of the Year, sponsored by Kentwood Community Church, click here.