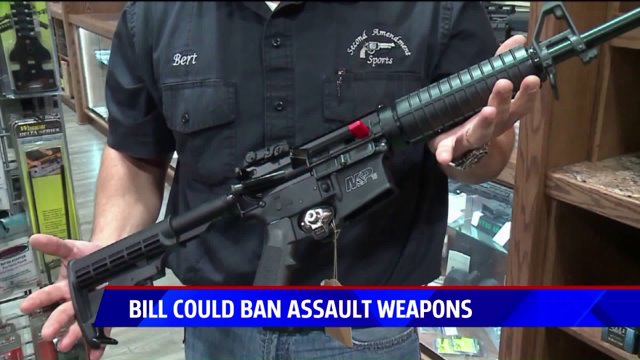 LANSING, Mich. -- New legislation introduced by Michigan Democrats seeks to make it a felony to own weapons defined as assault weapons.

If passed, House Bill  5996, or the "Assault Weapon Regulation Act," would turn the manufacturing, purchasing, possessing, selling and transferring of "assault weapons" into a four-year felony. It's one of nine bills introduced Wednesday aimed at reducing gun violence.

But gun advocates tell FOX 17 they believe it's a political stunt.

"We’re 22 months into a 24-month legislative session," said Tom Lambert, a gun advocate for Michigan Open Carry. "I think it’s, what, three weeks till the election? I think everyone can piece together why they are suddenly coming out right now."

"What it means is to ban common things that help people handle guns safely," Lambert said. "Why would we ban things that make handling guns safer?"

There are some exceptions for people who owned an assault weapon before the proposed law's effective date, including annual registration with state police.