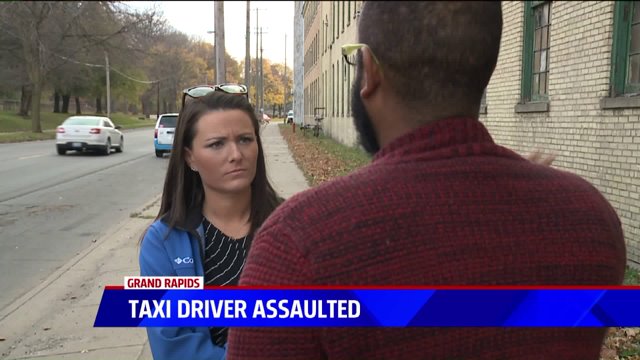 GRAND RAPIDS, Mich. -- Police are investigating an alleged incident of ethnic intimidation from over the weekend.

Grand Rapids Police say they were flagged down by a cab driver who said that he had picked up five women and a man at The B.O.B. in downtown Grand Rapids at about 2:30 a.m. on Nov. 12.

The driver told police he told the man the would be an additional charge for the new location.  After that, the man allegedly hit the driver several times while yelling the word, "Trump."

"I didn't expect while I was driving that he would throw a punch," said the driver who wishes to remain anonymous. "When he threw the punch I didn't think he was serious. He threw punches on the right side of my head while saying 'Trump Trump Trump Trump Trump'. Just hate."

Police say they found the man and arrested him for assault and battery.   Police say that the man made more discriminatory comments regarding the cab driver's race to them.  In the police video, you can hear the man yelling slurs at the driver from the back of the police car. (Warning: Offensive Language)

Police are looking for the five women for further information into the case.  They should contact police at 616-456-3829.

The man's identity has not yet been released.