Millions in state funding will fight lead in Michigan homes 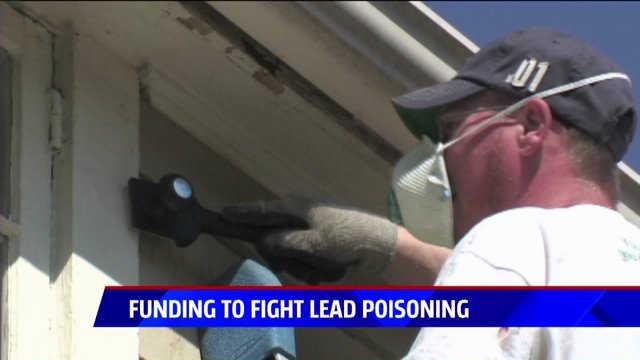 KENT COUNTY, Mich. -- State officials are allocating more than $100 million over the next five years to combat the growing problem of lead poisoning in children.

Paul Haan, Exec. Director for the Healthy Homes Coalition, says Kent County is seeing an increase in the number of children with lead poisoning for the first time in 15 years. A total of 610 kids tested positive for lead poisoning in 2015, and two-thirds of those are living in the city of Grand Rapids.

"The primary concern is the kids at one and two years of age, crawling in the environment. Lead gets in the fingers, in their mouths and they get lead poisoning," said Haan.

In an effort to fix the problem, state lawmakers received federal approval for a waiver allowing Medicaid dollars to be spent on a statewide lead abatement program; $28 million annually for the next five years.

The goal is to repair and replace older homes currently housed in lead-based paint. Haan says the money will tackle the problem where it begins, hopefully stopping it before it gets worse.

"Historically, we've been doing with federal funds of about $1 million a year," said Haan. "We have the opportunity to triple or quadruple the level of intervention that's going on here in Grand Rapids."

In addition to Kent County, Haan says Muskegon could also see some funding. To be eligible, your household must have at least one person under the age of 19 who qualifies for Medicare.

The additional funding is expected to be available in early Spring.