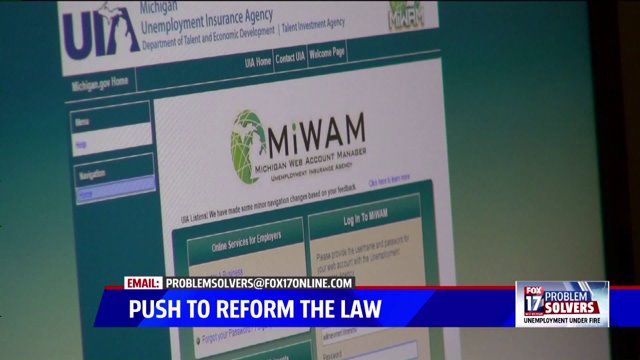 The bill -- which aims to curb false fraud allegations -- now heads to the full Senate for consideration before going to Gov. Rick Snyder. It was introduced after a FOX 17 Problem Solvers investigation that uncovered erroneous fraud accusations and unjust fines against citizens who applied for unemployment benefits.

Since the bill's introduction in October 2015, it's changed significantly in two areas when it comes to ensuring proper notification for those accused of fraud.
Originally, the bill required the agency to mail a second fraud notice to a claimant via certified mail if the claimant failed to respond to the first notice.

However, the agency managed to get that dropped from the bill. Instead, the agency only has to send basic literature to everyone receiving benefits informing them of their rights.

He added, "[I'm] not saying more work can't be done, but this is something that we have more tangible result, making sure the department is more accountable and addresses the concerns of the great state of Michigan."

The original bill also wanted to make U.S. mail the standard for receiving fraud notices. However, the UIA wanted that out of the bill as well. So if you only elected to receive electronic notices, that's all you'll get.

Lastly, the time limit on when the agency can go back and audit a claim for fraud would be 3 years and not six.