2017 won’t bring any relief at the pumps 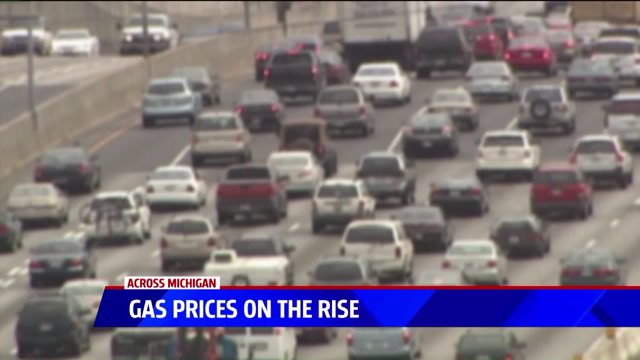 GRAND RAPIDS, Mich. – Many are clamoring to leave 2016 in the dust and move on to a more prosperous 2017 – but don’t expect much bliss at the gas pumps.

“It’s not a great year for motorists,” said Senior Analyst for Gas Buddy Patrick DeHaan. “Gas prices will be higher than last year, you have an increase in gas taxes - I would say that’s a pretty lousy year.”

Drivers are already paying more in Michigan thanks to a heightened state tax, the first in two decades. That increase raises the price of regular unleaded from .19 cents to just over .26 cents. Think of it as .73 added cents per ten gallons of unleaded.

The good news is that little extra now will hopefully lead to a smoother ride down the road, literally. Michigan legislators hope that by 2021, drivers should start seeing improved road conditions and more projects to fix the state’s notoriously crumbling infrastructure, a projected result of this raised gas tax.

“As long as that goes to roads, it’s perhaps something that’s necessary,” said DeHaan. “A necessary evil just because gasoline taxes have not kept up with the rising cost of road construction.”

As for prices at large, expect a rise, but nothing earth-shattering. DeHaan doesn’t expect prices to climb above $3 but motorists will see the effects in increments that will add up over the course of the year.

“At the end of the year, if you add up your fuel receipts...it’s probably going to add up to $125 to $180 per vehicle,” said DeHaan. “So if you drive two cars or have a family that has two cars, and drive the kids to school a lot, this could add several hundred dollars to your bill every year.”

Other factors that will play a role: a new presidential administration, one of the most oil-friendly in recent memory, and as with oil prices every year, production overseas and international business will affect how deep we dig into our pockets.