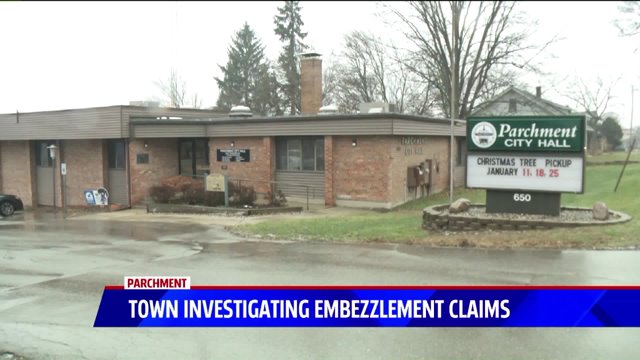 PARCHMENT, Mich. — The City of Parchment hired an outside accounting firm to check their books amid an accusation of an alleged embezzlement, city officials said. They noticed a potential problem brewing back in November and have since brought in the auditors to go through their books, line-by-line, and make sure all the numbers add up.

The city though is no stranger to embezzlement problems. A few years ago, Parchment Public Schools discovered $20,000 missing from their accounts. They said the that money was raised from gate admissions at athletic events. However, after both internal and police investigations, no arrests were made and no charges were filed.

The possible wrongdoing was not discussed at the commission meeting held at City Hall Monday evening. The auditor is expected to return next week. Mayor Robert Heasley said he will comment on the audit and its findings once it’s complete.