Dog who protected puppies from snowstorm finally gets adopted 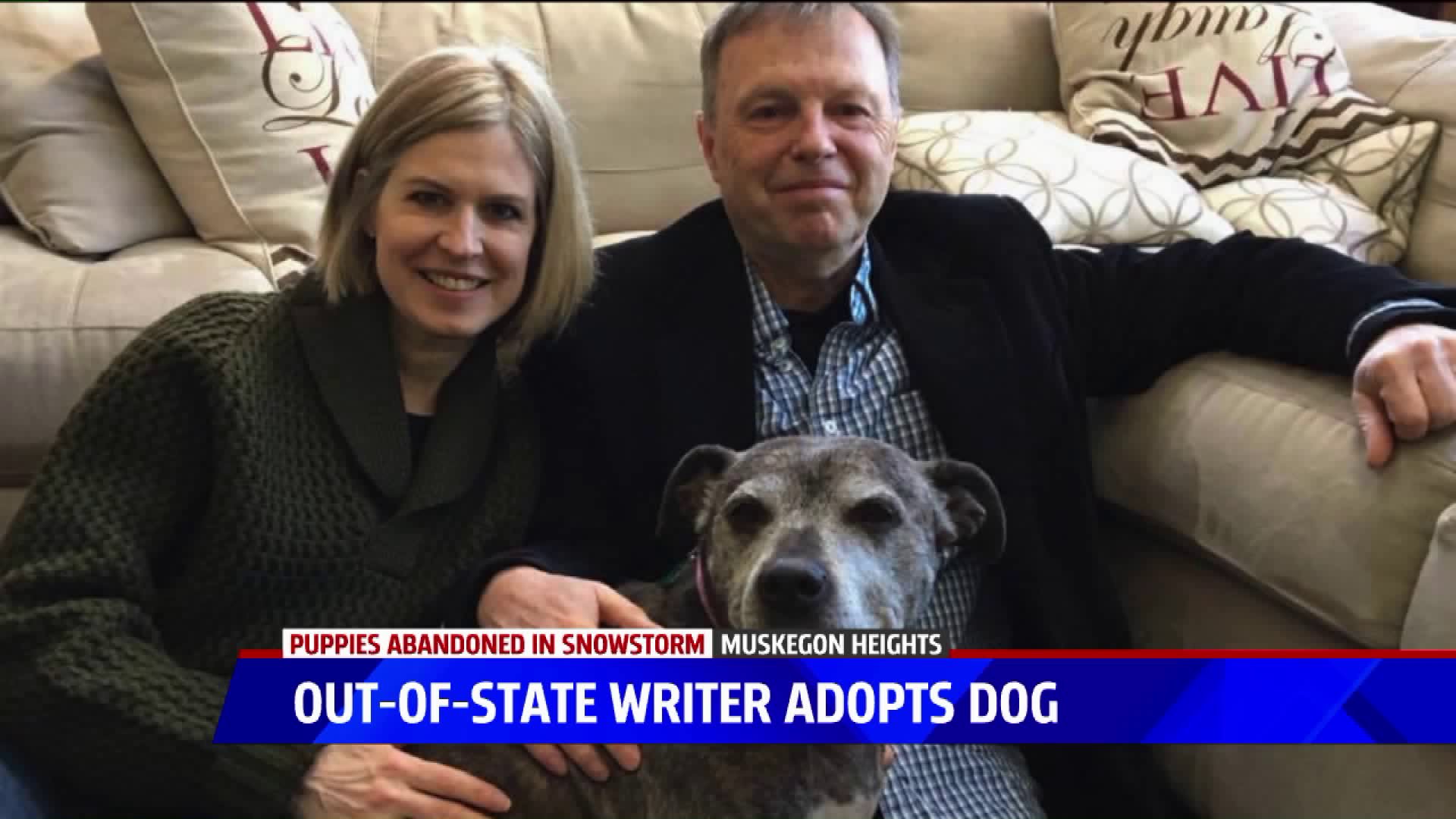 MUSKEGON HEIGHTS, Mich. -- Four puppies and their mother found abandoned in a snowstorm in December have now all been adopted. The mom, Merry, was found sheltering her four puppies in Muskegon Heights during a bad snowstorm, now Merry has found her forever home hundreds of miles away.

Merry was adopted by Sandra Neil Wallace and her husband, Rich. Wallace is a writer for the children's magazine Highlights.

Wallace saw FOX 17's story in January and wanted to feature the dogs in the magazine. After seeing Merry's picture, she fell in love and decided to bring her back home to New Hampshire.

Merry and her four puppies have come a long way since that cold December night. The terrier mix was found sheltering her puppies from a bad snowstorm, keeping them warm while she braved the elements.

"When I heard the rescue story about Merry, I thought that would be an amazing story to share with young readers," said Sandra Neil Wallace.

Sandra and Rich are both writers living in Keene, New Hampshire. When they saw Merry's picture, she reminded them of a family pet they lost a few years ago and knew they had to bring her home.

"Her eyes looked exactly like the dog that we had that died three years ago named Lucy," said Sandra. "We were struck by her character and her strength and gentle eyes. That's really where the story began."

Both Sandra and Rich say Merry took to them almost instantly.

"It was amazing how quickly she took to us," said Rich Wallace, Sandra's husband. "We had a pretty good anticipation that we were going to love her. We had seen a lot of pictures and heard so much about her, but we were astonished when we sat down and she just came right over to us and was just so affectionate."

"She's really amplified my life already," said Sandra. "She's the sweetest dog I've ever met and is so affectionate."

The Wallace family was able to adopt Merry with the help of Pound Buddies out of Muskegon, who found the dogs, and Canine Companies Rescue Center, which set up a foster home and adoptions for mom and all of the puppies.

Merry has been checked out by a vet and she's in good condition and is already fitting in well at her new home.