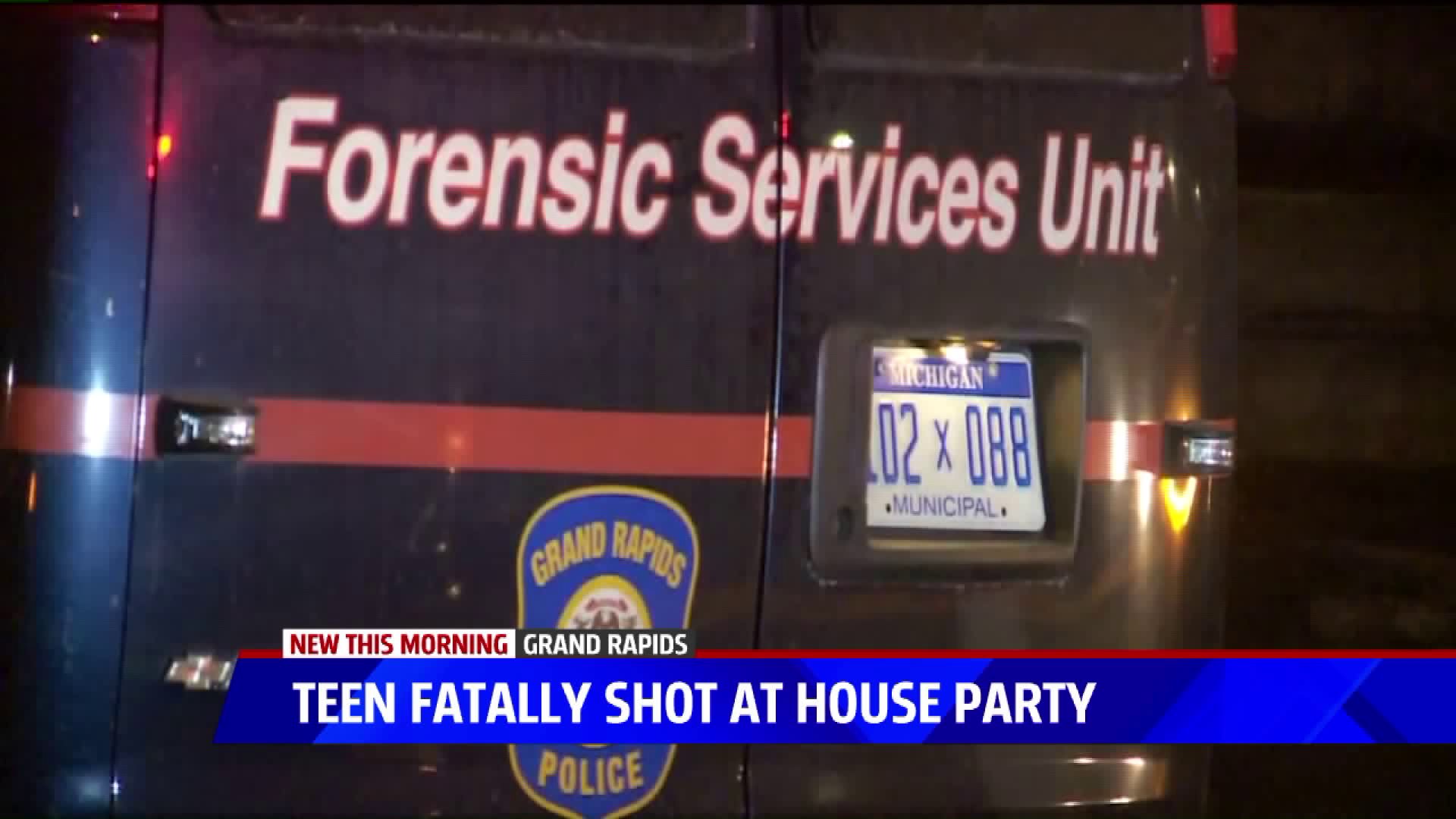 GRAND RAPIDS, Mich. — Grand Rapids Police say an 18-year-old woman was shot and killed Monday on the city's southeast side.

The shooting was reported just after 7 p.m. in the 800 block of Kalamazoo Avenue SE near Franklin Street.

Police say the shooting happened during a house party. GRPD Sgt John Wittkowski says after the shot was fired, most of the people at the party ran away.

There was one other person inside the apartment with the victim. Police say they're interviewing that person to determine what happened.

No other injuries have been reported.