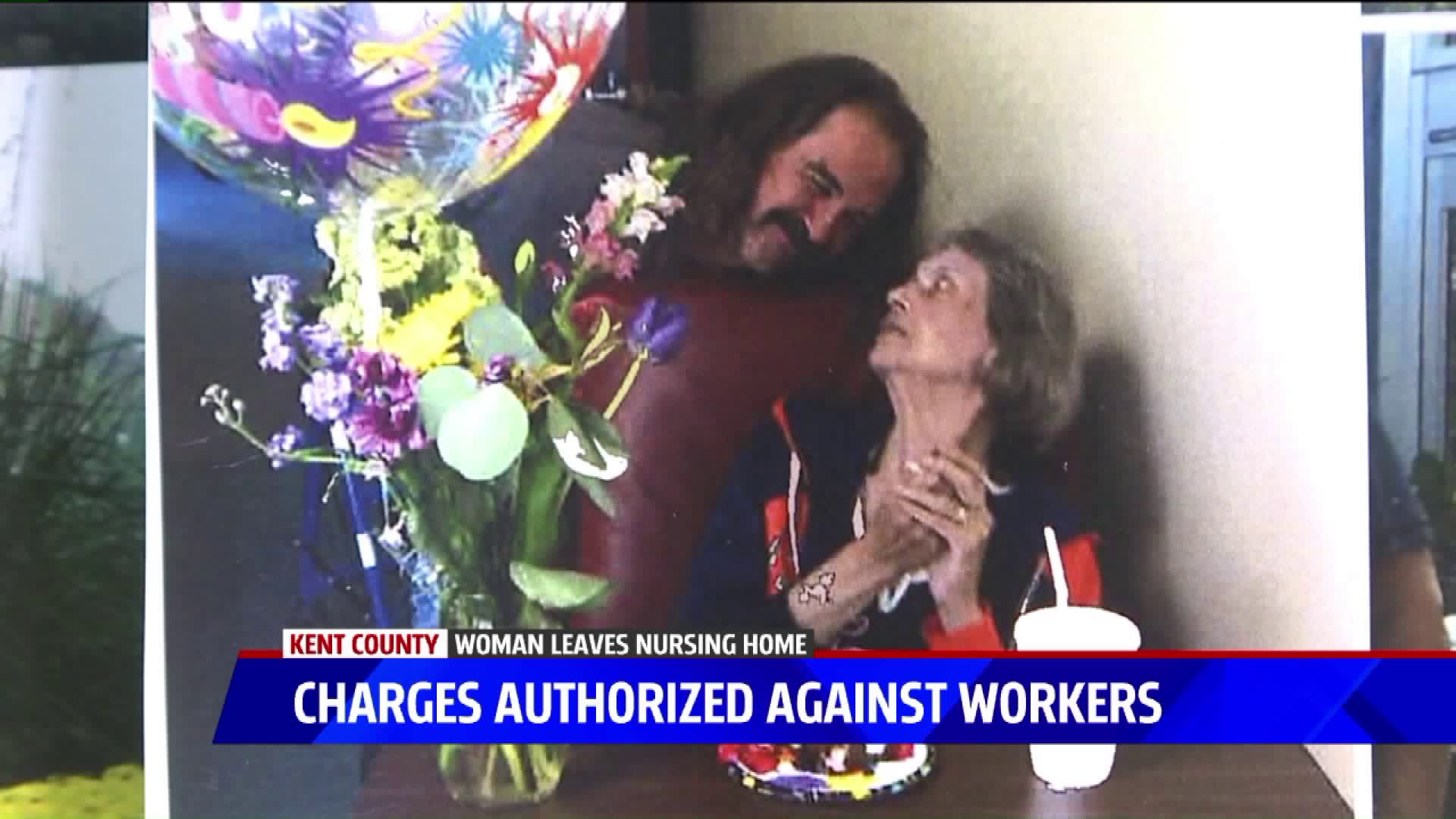 GRAND RAPIDS, Mich. - Two people have been charged with felonies after an 85-year-old woman died after leaving an assisted living facility in October.

Michigan Attorney General Bill Schuette announced the charges Wednesday against Yahira Zamora, 21, of Wyoming, and Denise Filcek, 45, of Wayland. Zamora and Filcek were working the night of October 26, 2016 when Kathryn Brackett left the facility and was found the next morning, dead from exposure to near-freezing temperatures and rain.

Schuette says that Zamora has been charged with 2nd degree vulnerable adult abuse. He says that Zamora allegedly reset an alarmed door without determining if any residents had left the facility.  Filcek is charged with one count of intentional inclusion of misleading or inaccurate information in a medical chart.  Schuette alleges that Filcek was responsible for visual bed checks on all patients every thirty minutes, including Brackett's room.  Schuette alleges that Filcek indicated on charts that patients were checked, even though they weren't.

Both women face up to four years in prison if convicted. They will be arraigned on Thursday in 63rd District Court in Kent County.

In January, Brackett's family filed a negligence lawsuit against the facility.

Family members of Brackett say they are devastated by the loss, saying it almost doesn't feel real. Mike Brackett, Kathryn's son, says he trusted the staff at Crystal Springs to take care of his mom who had dementia and a history of wandering off.

"It was a locked facility, I thought they were going to be able to handle it," said Mike Brackett. "It wasn't a big facility."

On October 27, attorneys say Kathryn was last seen at 12:30 in the morning. They say she left the facility and was found frozen to death hours later after 5:00 a.m.

"It's so painful," said Amy Brackett, Mike's wife. "She was the glue to our family. She was loved by all of us. She was funny and spunky. It's a tragedy. It was 100 percent avoidable. It shouldn't happen and should never happen again. I want to make sure that we as a family speak up and do our best to get it out there and tell the story as hard as it is because she shouldn't have passed away like this."

While the Bracketts are happy to hear things are moving forward, they want to make sure this doesn't happen to anyone else.

Both women are expected to be arraigned in court on Thursday. If convicted, they could see up to four years behind bars.

FOX 17 reached out to Crystal Spring Assisted Living Facility, but they had no comment on the pending litigation.