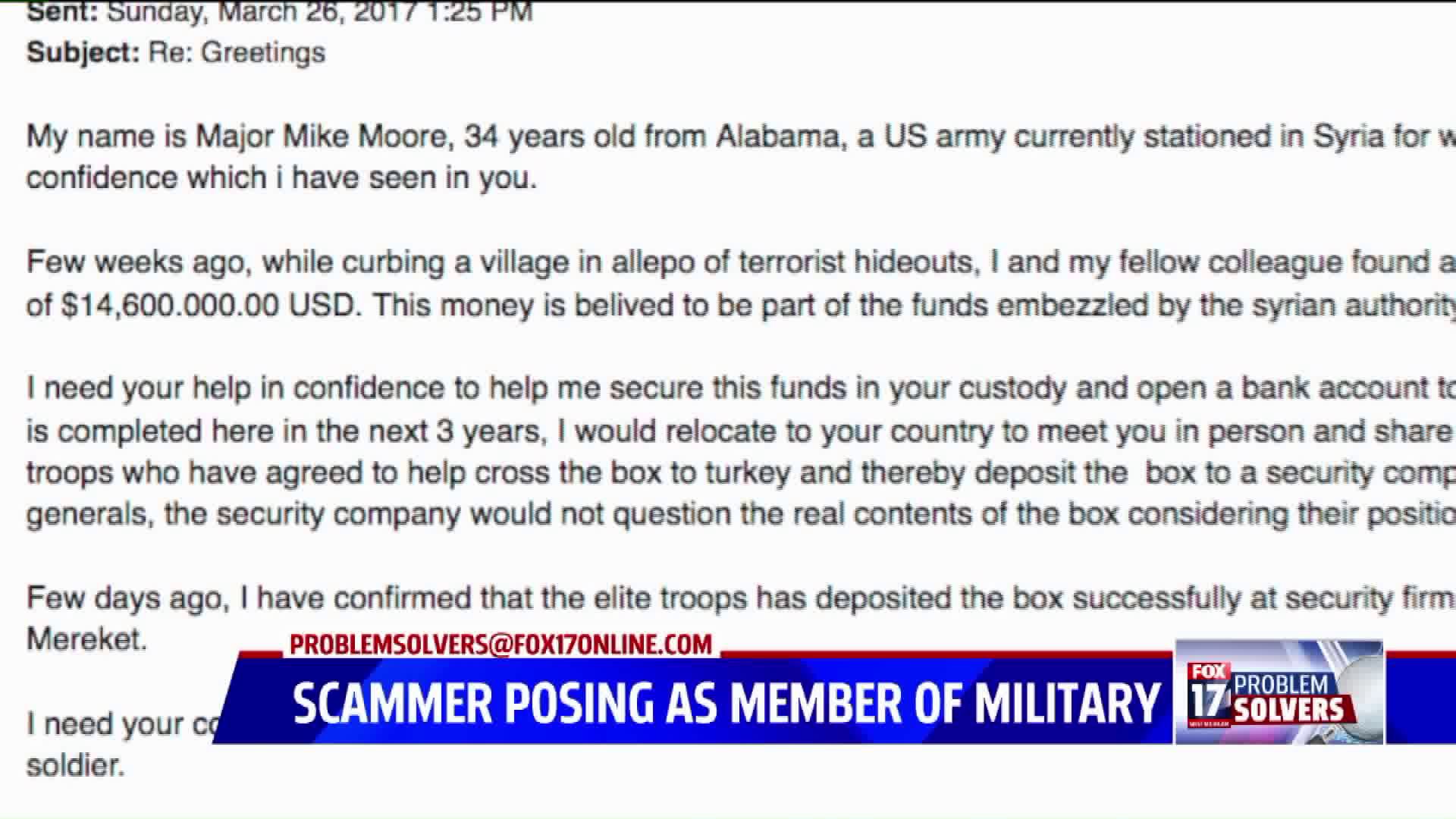 GRAND RAPIDS, Mich. -- There's a new internet scam out there that promises to deliver a windfall of cash. The Better Business Bureau of West Michigan has issued a warning about it.

One email currently making the rounds is from someone claiming to be a soldier from Alabama who's currently stationed in Syria fighting the war on terror. The soldier says he found a box with $14.6 million in it. He offers you a cut of the money if you open a bank account to help him secure and deposit the funds.

Who gets the emails is random, said BBB West Michigan president Phil Catlett. "There's no reason you'd be getting it in the first place."

The first email appears to be the scammer's initial attempt to get a response before asking for more personal information. The scammer plays with people’s emotions and their desire to help our service men and women.

But, "there's a ton of misspellings, poor grammar, and it's just so unrealistic," Catlett explained. "What we find day to day with the phone calls here at the BBB, there's a lot of people that, one, may not know enough to know how the world operates, or two, they want to believe it so bad. That's why people fall pray to this kind of scam."

"The most important thing you can do is talk to somebody you trust that has the ability to help you think through a situation," Catlett suggested.

"Every one of us, if we're maybe having a difficult day, emotionally distraught, we can fall vulnerable to just about anything if our minds not operating clearly. You might be on medication, you name it."

"By having someone you can trust to bounce things off of before you ever respond, it just increases the likelihood that you'll never fall victim," Catlett said.