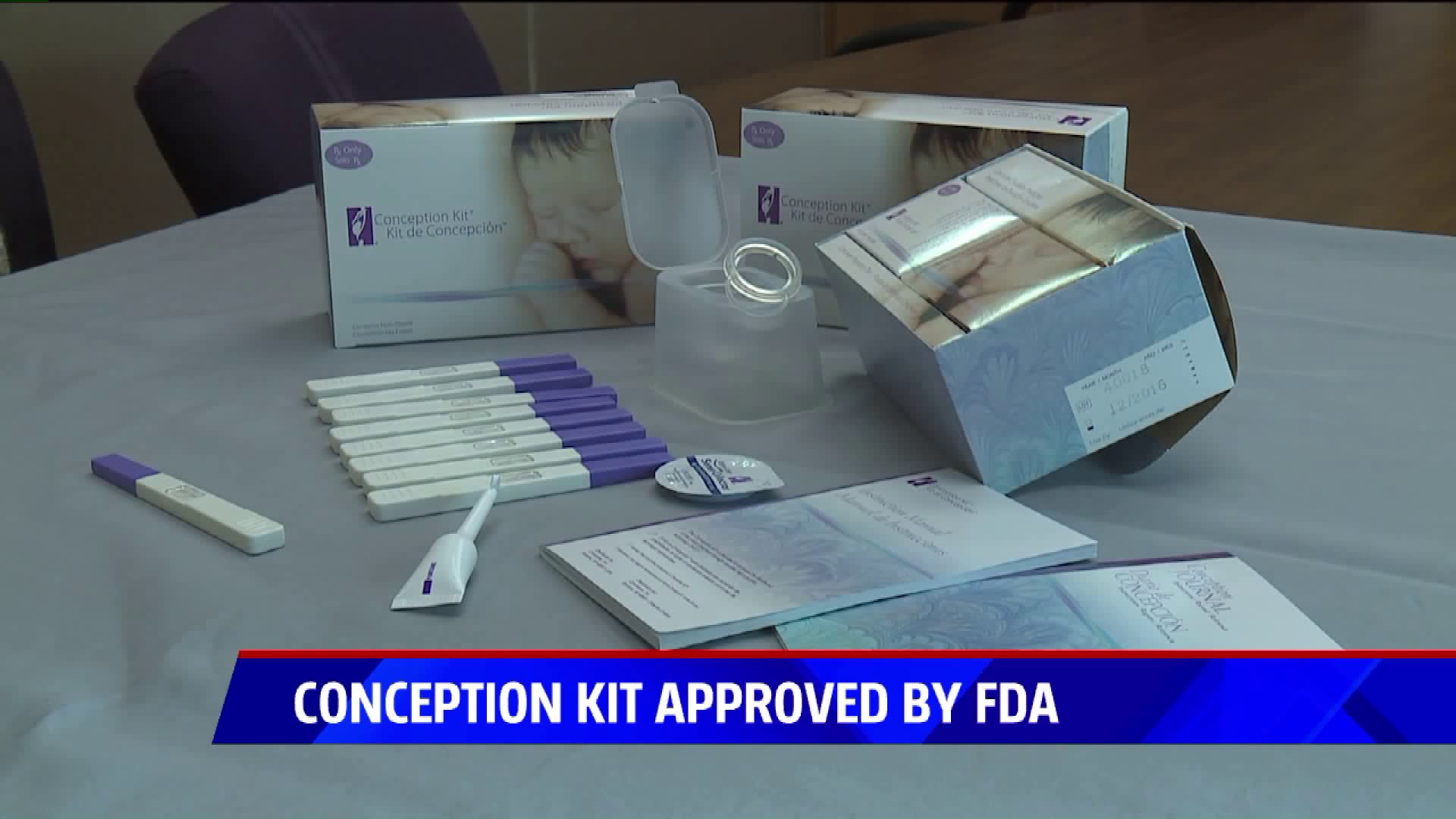 Infertility impacts more than 20 million women. Even couples between the ages of 29-33 with normal functioning reproductive systems have just a 20-25% chance of getting pregnant during any given month, according to the National Women’s Health Resource Center. For couples with infertility challenges, this percentage drops even more.

Now there's a new conception kit by Conceivex, said to be the only product approved by the FDA for low sperm count and sperm fertility issues that's also covered by insurance. And with some insurance, you can get this product for less than $100 a month.

Not only is it simple, it's drug and hormone free. Conceivex creator Michael La Vean says the kits is a lot cheaper than other infertility treatments. A single cycle of in-vitro fertilization, or IVF, costs more than $12,000 on average and is not always covered by insurance. The cost of egg-freezing and storage can cost around the same.

La Vean is hoping couples see his product as a first step before leaping into expensive IVF treatments, especially since, he says, infertility often circles back to the man and his sperm count.

"During World War II sperm counts were 200 million. Today they are only 50 million," La Vean said.

Dr. Wise says a lot of other things can factor into infertility, too. "Some of them have to do with lifestyle. For instance, if they’re heavily drinking, using tobacco products, using recreational drugs, that causes a reduction in sperm count." Even sitting in a hot tub can lower the sperm count.

So, how can this take-home conception kit help? In the simplest of terms, the tools in the kit help create an ideal environment for pregnancy. Basically, its job is to protect the semen. According to La Vean, when a couple has regular sex, sperm face many dangers before they ever reach the uterine cavity. Within 10 minutes of sex, 90 percent of semen die. This may include being flushed out of the vaginal cavity by gravity, getting lost in the vagina, or being exposed to harmful Ph levels within the vagina.

To prevent this, the Conception Kit® includes an innovative Conception Cap® that concentrates and protects the semen from the vaginal environment. The conception kit includes several aids including a three month supply of ovulation predictors and pregnancy tests.

"You have a much better sperm sample, because it comes from sex," La Vean said. "And the other thing that is there’s a lot less stress because you're not mortgaging your house."

Some key employers like Meijer, Herman Miller and General Motors already have this pharmacy benefit available for their employees. It's as simple getting a prescription from your doctor and paying a copay at the pharmacy.

This product was tested and approved by the FDA. During the trials, 24 percent of patients got pregnant. It is available for a $25-$75 co-pay under many insurance plans for a three-month supply.