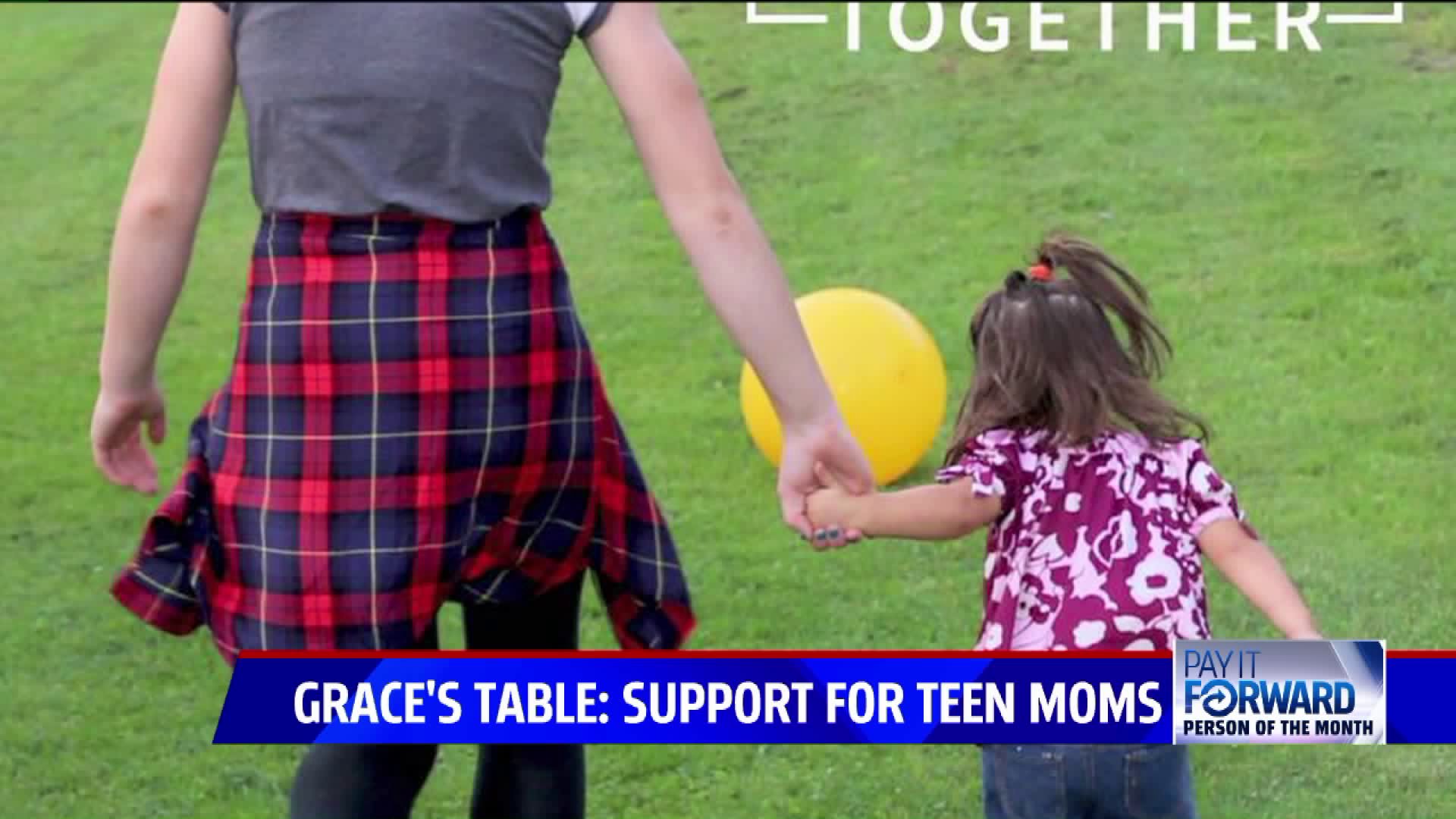 GRAND RAPIDS, Mich. — Lisa Anderson knows the struggles of being a teen mother. It has led her to create a unique ministry to help other young moms thrive. Grace's Table offers the kind of support she wished she had as a teen mom.

"I really think it's the unknown that is the scariest," Anderson explained. "Learning now what's out there, what can help moms, that's huge."

Anderson learned she was pregnant at 17. As she raised her son, she began to think of ways to reach out to others in her shoes.

"I personally just started praying that someday I would be able to make a difference somehow in other young mothers' lives" she explained. "Grace's Table, I think, fulfills a unique niche, which is a place to belong."

Anderson began the non-profit in 2013, opening her heart and home on the northwest side of Grand Rapids. "We opened our doors and just said, come on over for dinner. That's where it began, at the table with a pot of spaghetti."

"I was amazed, because they help everybody who comes through the doors," said Kelley Jones, 21. "They don't turn anybody away."

Jones found Grace's Table when she was 18 and pregnant. Her son Jaeden is now nearly two.

"Lisa helped me with financial struggles, she helped me with food. If I had a food situation, if I needed furniture," Jones said. "Lisa is like a mom to me. She's like my mentor, and I know I can call her if I need help with anything."

Many gatherings happen around Anderson's table, a table she purchased from a woman named Grace Adams many years ago at a garage sale. She was a young mom at the time and couldn't afford the table at the selling price. Adams agreed to sell it to her for what Anderson could afford, so long as she used the table to spend time with family and make memories.

"Grace's Table honors her and honors the promise I made," she explained.

Anderson's son is now 21. And she recently decided to leave her job in the financial field to commit full time to Grace's Table. She plans to create additional space in her basement to accommodate more moms and their children.

"Being able to craft young mothers into a community that truly supports them and uplifts them, empowering them and helping them reach those next
goals, that's the reward," she said.

As the FOX 17 Pay it Forward Person of the Month, Anderson is receiving a $300 prize.

Meet Sean Bain, the February Pay it Forward Person of the Month.