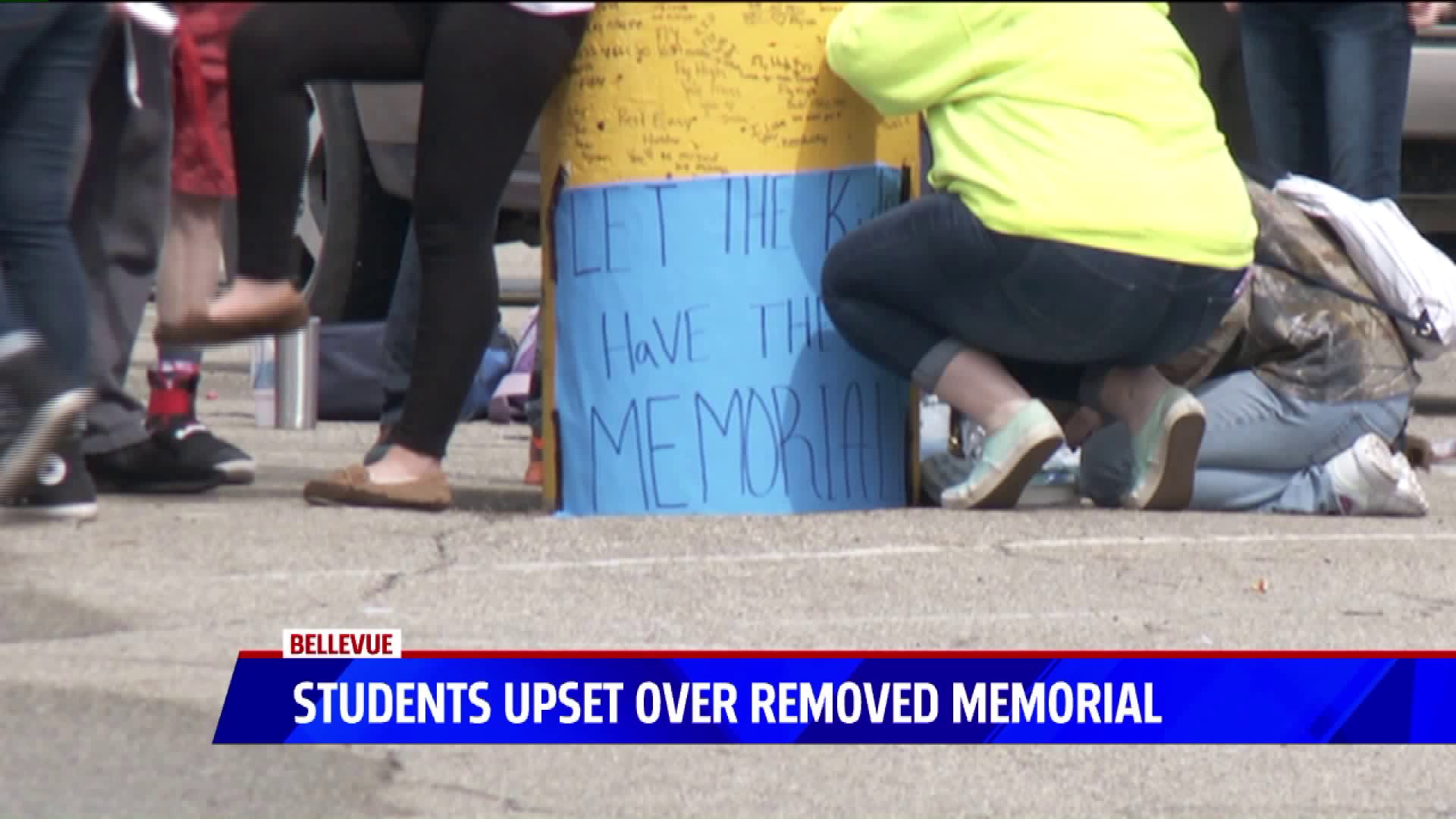 BELLEVUE, Mich. — Gavin Jex’s good friend Hunter Bailey took his life on April 1, just weeks after his 17th birthday. He didn’t get a chance to see him that day, nor the day before. And there’s so many things he wanted to tell him. So he and other students wrote them down.

“We wrote on a pole for our friend because he parked right next to it and he was there every single day,” said Jex during an interview across the street from Bellevue High School. “We just wanted to give our last words to him.”

Messages like “We’ll miss you” and “Fly high” were written all over the base of the pole where Bailey use to park. Jex said students and even a few teachers scribbled personalized messages during a vigil that over 250 people from the community attended during spring break. He noticed the school's superintendent, John Prescott, wasn't at the vigil. He also noticed, like many other students, that the messages were painted over the next day.

“The parents were livid, most of the teachers were extremely upset,” said Jex. “It helped us a lot in the moment and then they do that, it just takes it all away.”

Jex added that the school also installed a trail camera in the parking lot. It pointed directly at the pole but was immediately taken down it because parents were angered by it, he said. Nonetheless, students re-wrote their messages on the pole. And the next day, they were painted over again. So Jex approached the superintendent.

“I asked the superintendent what his reasoning was for painting it over,” said Jex about his 20-minute conversation with Prescott. “He just said that he needed an excuse to paint them anyways.”

So Jex and a few other students decided to protest when they returned to school from break. Since 7:30 Monday morning dozens of students did not go to class and stayed in the parking lot to protest the school’s handling of the memorial. A few parents were picketing too.

“We as parents feel that they should’ve at least let the kids mourn the loss of their friend, classmate just a little bit longer,” said Kristi Voshell whose children attend Bellevue. “It wasn’t hurting anybody.”

Voshell was among the many people who attended the vigil. Her sons knew Bailey and she said what the school did was "hurtful."

“They’re mourning the loss of their friend,” said Voshell. “For the school to just do that it was kind of like a slap in their face.”

Superintendent Prescott declined to comment publicly about the situation. He shared and emailed several publications with FOX 17, raising concern that further exposing the issue will have a negative impact on others in the community.

Jex and the protesters disagreed.

“He was just a great guy,” said Jex about Bailey who was beloved in Bellevue.  “We’re just out here trying to get the school to let us have a memorial, even something to remember his name. But they wont.”