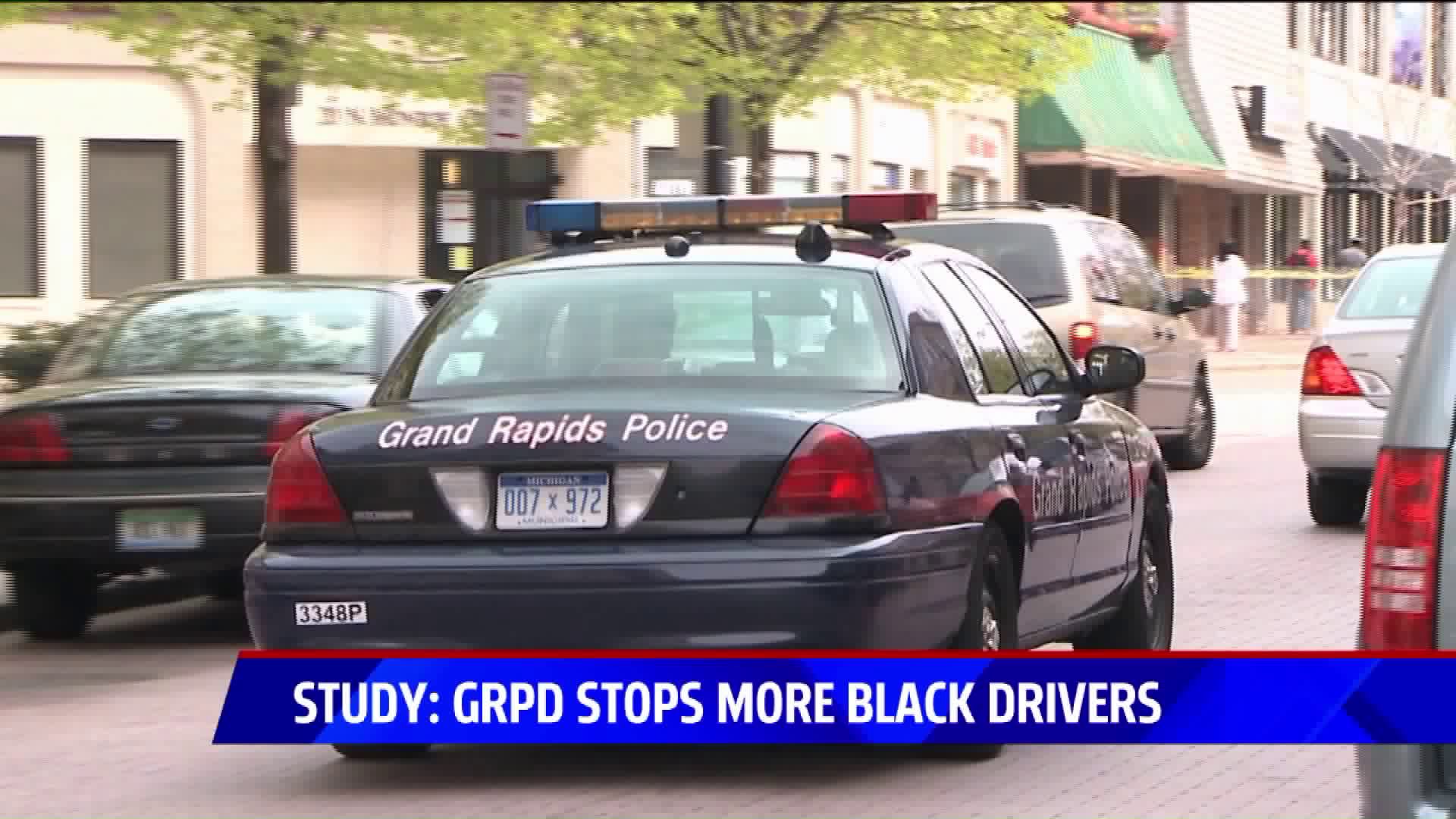 Sundstrom made his comments Tuesday afternoon ahead of five town hall meetings starting tonight in the community.

"Findings from the Traffic Stop Study are very troubling," Sundstrom said in a press statement. "The City does not shy away from these disappointing findings. We own this."

The study was commissioned as one of 12 recommendations on improving police and community relations and covered a three-year period before the enactment of the recommendations in January of 2015.  A previous study done in 2004 showed that there was not a bias.

The consultant concluded that black motorists are 1.85 times more likely to be stopped in Grand Rapids than white motorists.  Hispanic drivers also experienced disparities while driving in some areas of Grand Rapids.

Study shows African American drivers were 1.85 to 2 times as likely to be stopped than expected between 2013-15 @FOX17 pic.twitter.com/3csayL8Lf4

The study examined 20 intersections in the city of Grand Rapids from 2013 through 2015. The race and ethnicity of the drivers at those locations was surveyed on randomly selected days and times. Lamberth Consulting, the company doing the research, compared the proportion of minority stops to minority traffic.

The consultant also offered 12 recommendations for GRPD to eliminate disparities in traffic stops. Among the recommendations is further evaluating the data, training for officers and re-evaluating staff reward and recognition programs.

Residents are encouraged to attend one of the meetings to hear directly from the consulting firm that collected the data.  To see the complete report, see the city's website here.