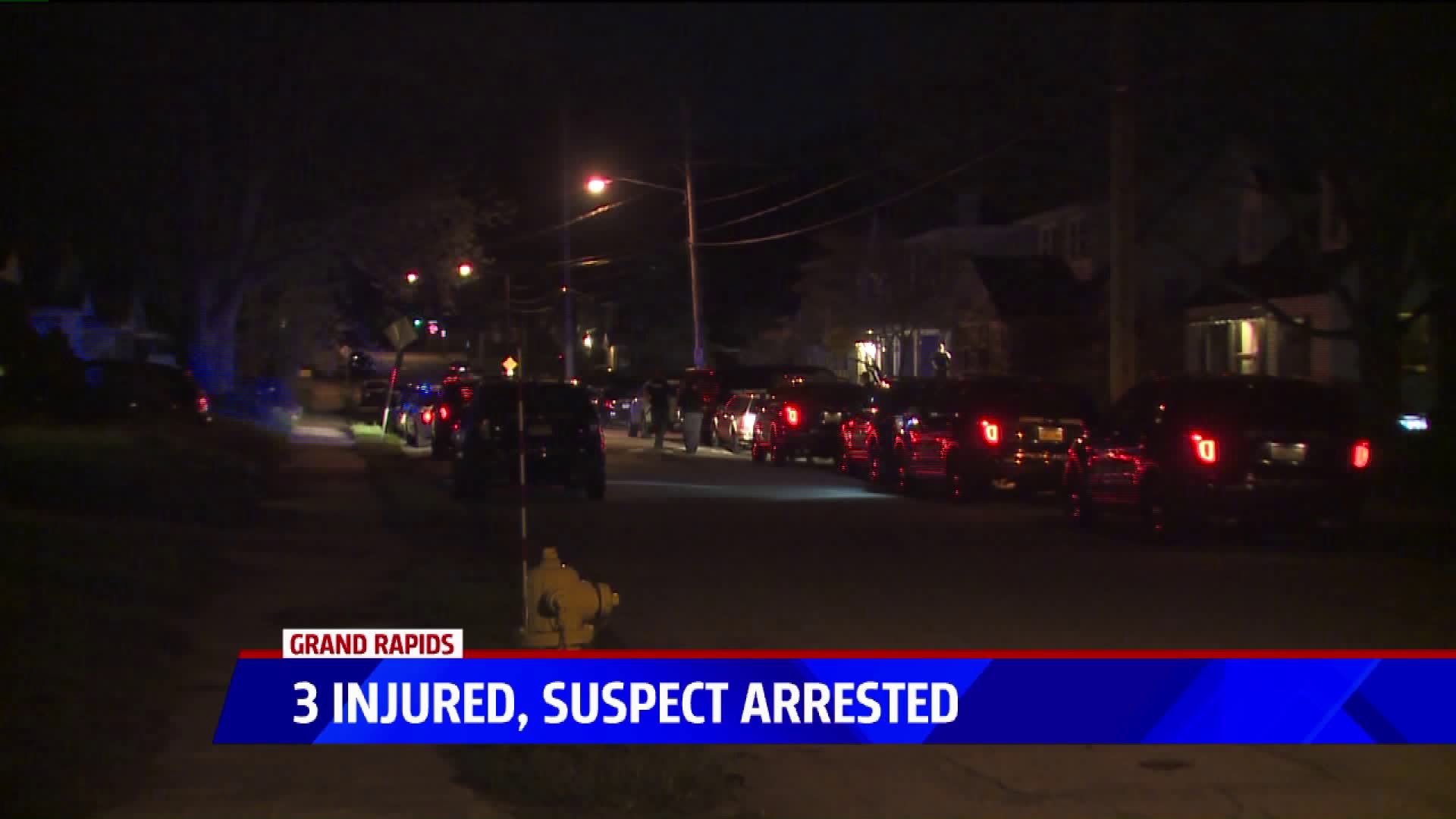 GRAND RAPIDS, Mich. — A suspect is in custody after police say three people were injured during an altercation Friday night.

Police say one person was hospitalized after being stabbed. Two other people suffered minor injuries.