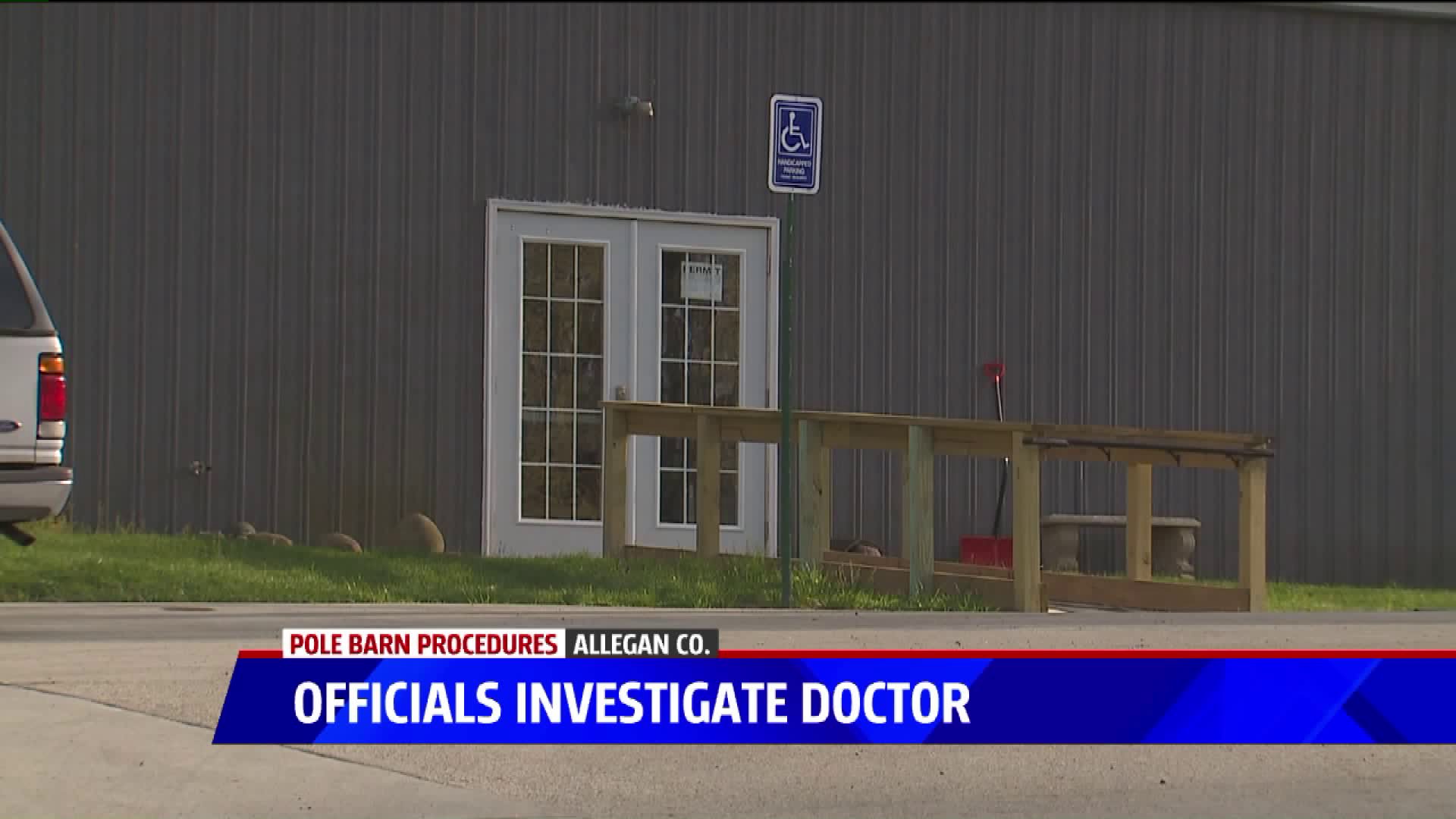 GLENN, Mich — Allegan County authorities say a doctor may have endangered patients and the public by performing liposuctions in a pole barn.

Health officials said they learned from Allegan County sheriff's investigators the doctor was performing the procedures in the building along 114th Avenue in Glenn.

Residents in Glenn say it's Dr. Bradley Bastow who was performing liposuction in an unlicensed facility on 114th Avenue in Glenn.

Dr. Bastow's name is also listed on a permit in the window of the pole barn.

According to the website for Body Laser Sculpting, they have different locations in South Haven, Grand Rapids and Kalamazoo, but the South Haven address listed is for the pole barn in Glenn. The website claims Bastow performs multiple tpes of procedures including liposuction, breast augmentations and face lifts,  but for now the health department is only concerned about liposuction procedures at the pole barn.

Neither Bastow nor Debora Gilson, who is listed as a surgical technician on their website, responded to FOX 17's requests for interviews.

Allegan County Health Officer Angelique Joynes warned people Friday to seek immediate medical care if they had surgery at the site and show any signs of infection such as fever, redness, and swelling.

A police report received by the health department expressed concern that appropriate biohazard standards may not have been followed at that location. The health department says the building doesn't have a certificate of occupancy and isn't approved "for any business activities."

A complaint has been filed with the Michigan Department of Licensing and Regulatory Affairs.