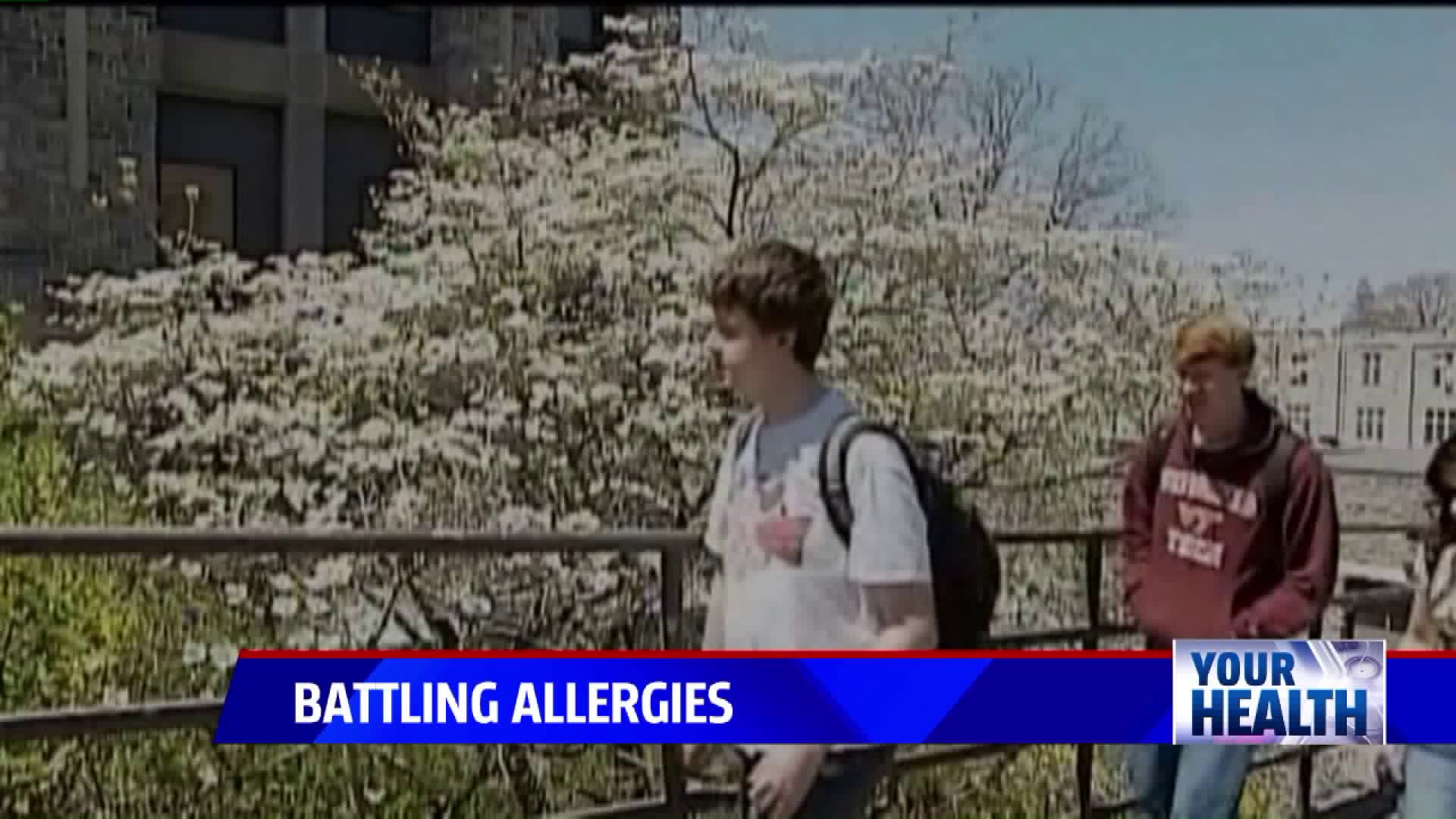 WEST MICHIGAN -- After a mild winter, tree pollen is out earlier than normal this year, and this brings about an early start to this year's allergy season.

Dr. Nicholas Hartog, an Allergist/Immunologist at Spectrum Health in Grand Rapids, says he usually gets a surge in patients at the end of March.

But this year, that surge came two to three weeks early.

"And one of the big symptoms with trees that we find is a lot of ocular symptoms, or red, itchy eyes. Watery eyes," says Hartog. "That really tends to be a tree predominant symptom that we see. In addition we get people with a lot of sneezing, cough, stuffy nose, runny nose, headaches, trouble sleeping, and other symptoms like that."

Dr. Hartog says over the counter medications can help ease allergy symptoms for many people.

He says lifestyle changes -- such as washing your clothes after being outside and keeping your windows shut at night -- can also reduce the amount of allergens in your home. When these remedies don't work, he says it's time to seek professional help.