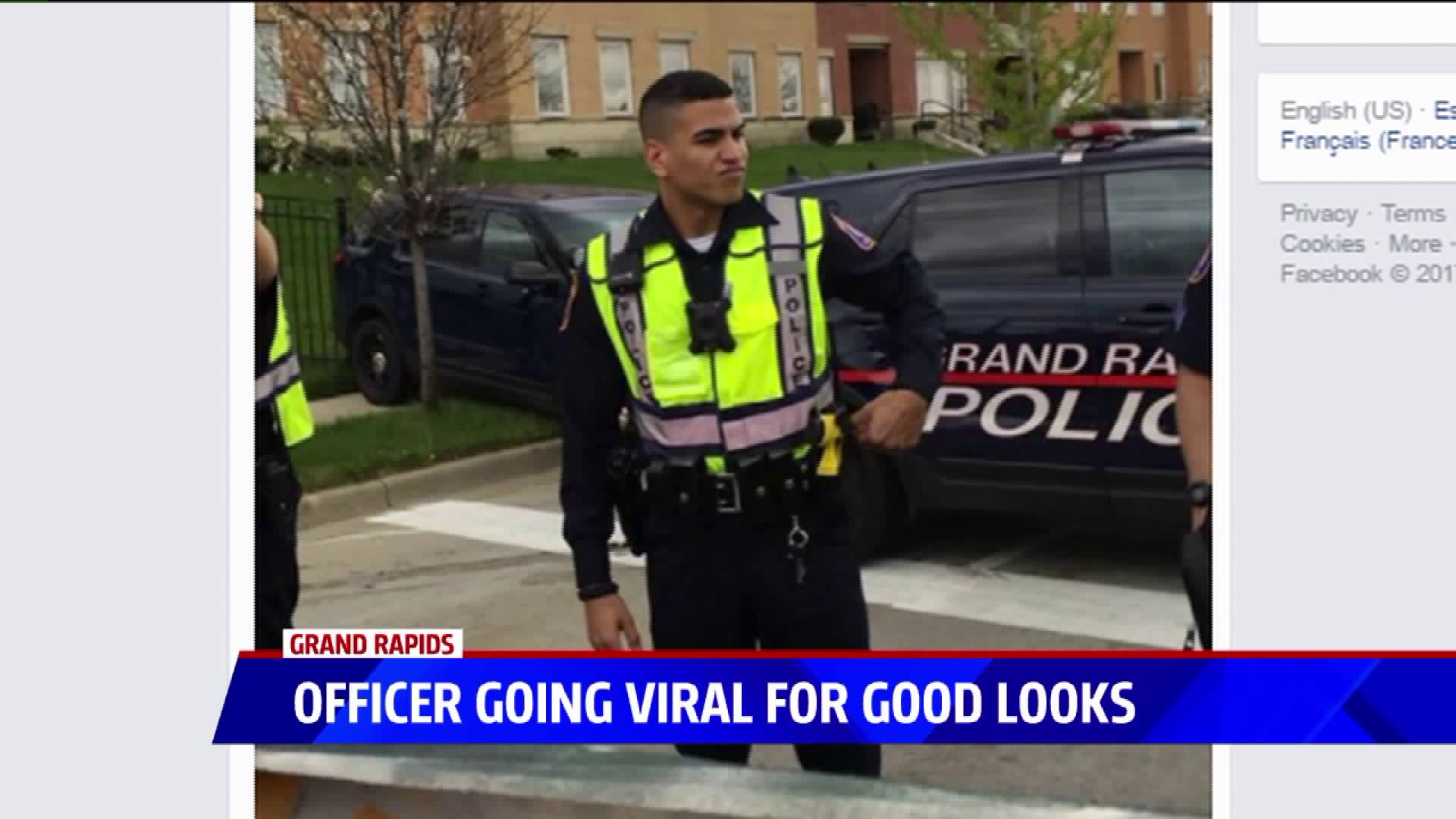 GRAND RAPIDS, Mich. — One West Michigan police officer is getting a lot of attention, all from a picture captured of him while working a recent assignment.

But, the three-year veteran is also melting hearts around West Michigan and beyond after a recent picture of him went viral.

"I was working a protest for immigration," explained Officer Urena. "We were blocking the roads for the protest and someone just took a picture of me and I guess it went viral."

Suddenly, Officer Urena said he was getting texts from friends and family and Facebook messages from all over.

"It's kind of unreal. I was not expecting that at all.”

As you would imagine, he's been catching a lot of heat from his fellow officers.

"People making fun of me, but it's all in good fun," said Officer Urena.

The Kentwood native wants people to know he's more than just a heartthrob, he loves serving his community.

And the community has certainly taken notice, like Larisa Vasquez who aspires to be an officer one day.

"I seen [sic] him on Facebook and I'm like, 'I'm doing a job shadow and maybe I can meet him,' and here we are,” she said with a laugh.

While it's all in good fun, Officer Urena said he's grateful for the chance to make a difference as a community police officer.

"Sometimes we do get a lot of bad rap. But I think once people get to know you, they can relate to you more.”

"I'm here Monday through Thursday if you want to stop by and say hi. But don’t break the law. That’s number one.”