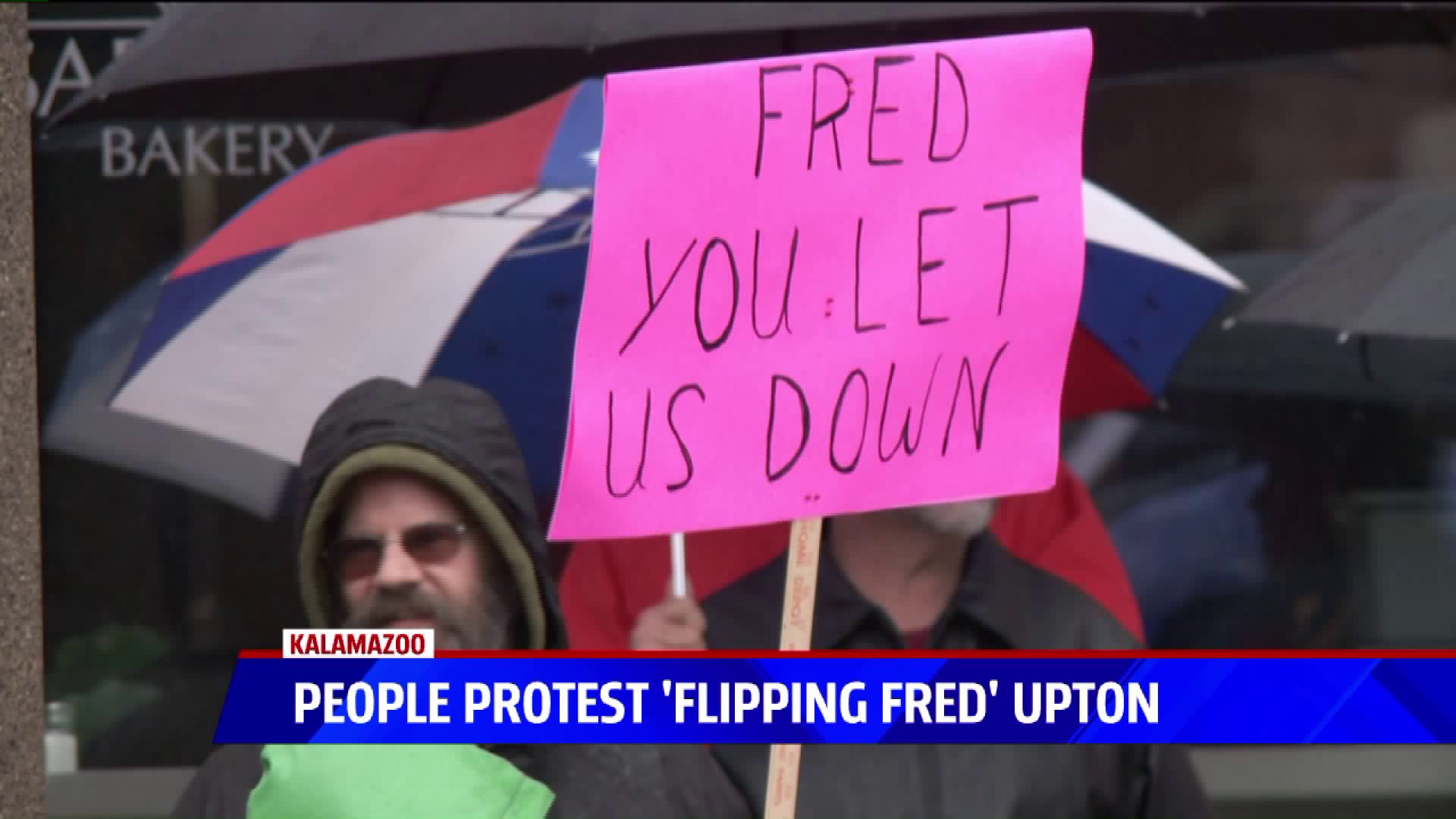 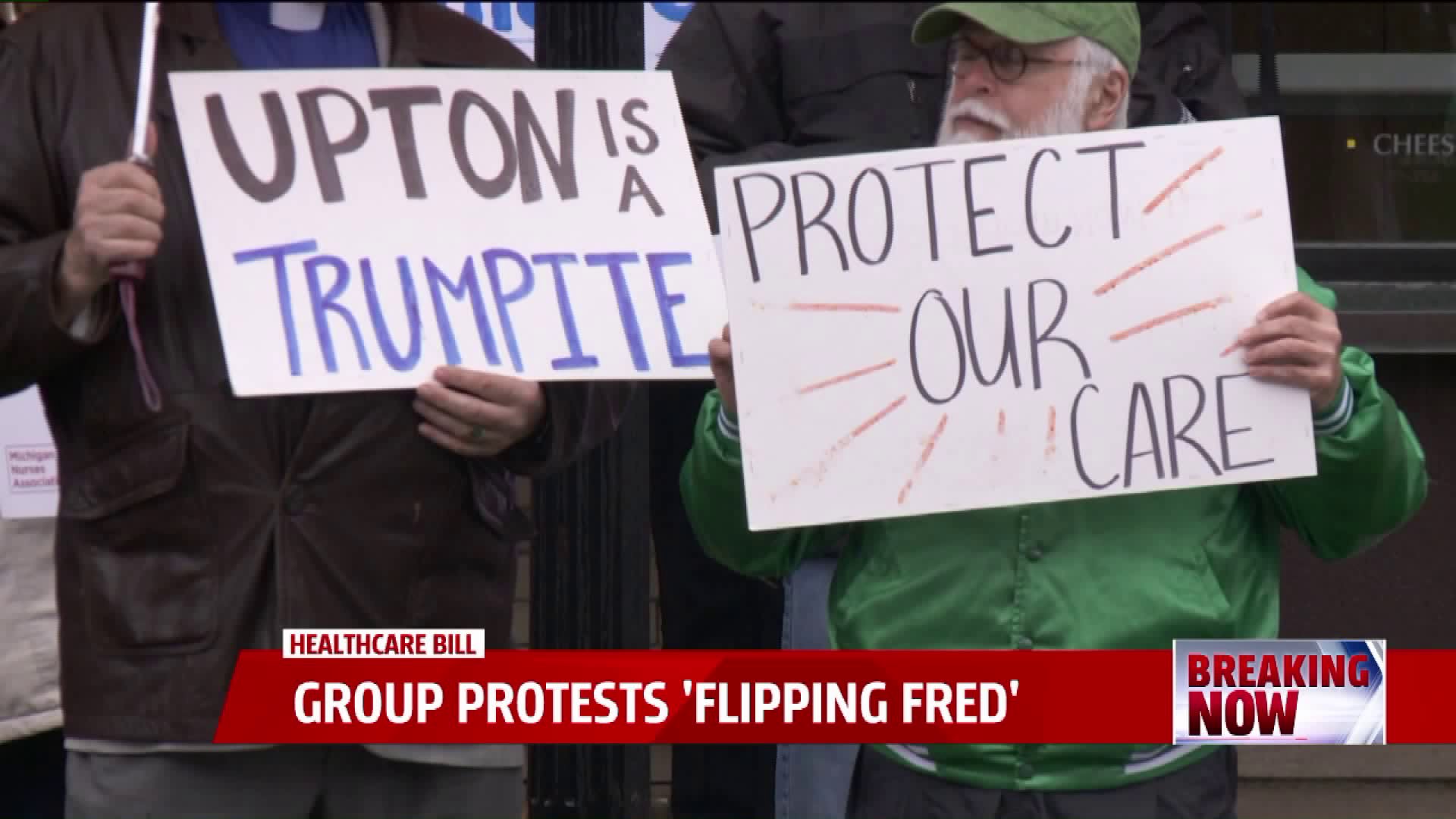 KALAMAZOO, Mich. — Earlier this week, Michigan Rep. Fred Upton was in opposition to the AHCA, also known as Trumpcare. Wednesday, he was in favor of it. People in Kalamazoo, where his office is located, took note of his sudden change.

One of them was Jessica Martin. She, along with a few other local social activist groups, immediately began organizing a protest.

“We’re here today because we want to push our Senate to speak up and fight for what Fred wouldn’t,” said Martin during a live interview at the protest. “He flipped his vote today, and it’s really upset a lot of people.”

More than 120 people showed up for the protest, lining up on Michigan Avenue and chanting loudly in the rain in front of Upton’s office. They carried signs and belted out catchy one-liners like “ACA is the way” while cars honked in support as they drove by.

“He needs to know that this is affecting people who are in his district,” said Jen Judd, co-founder of ProKzoo, a community-based organization that fights for social justice. “He shouldn’t be serving just the wealthy or the politically connected.”

According to a press release from the Michigan People’s Campaign, millions of Americans will lose their healthcare while the wealthy will get $600 billion in tax breaks. Martin said its these numbers that have gotten people up in arms about the new legislation.

Martin said Thursday's protest was organized in just 24 hours. At 4 p.m., about a dozen people showed up ready to go. By 5 p.m., there was more than 100. Thursday’s protest only lasted about an hour, but Martin guaranteed they will continue to fight for as long as needed.

“There’s a wave of a generation called the Millennials that are coming into vote in a few years, and there’s a wave of other people that are planning on running that they support,” said Martin. “We know that we’re getting rid of people like Fred Upton.”