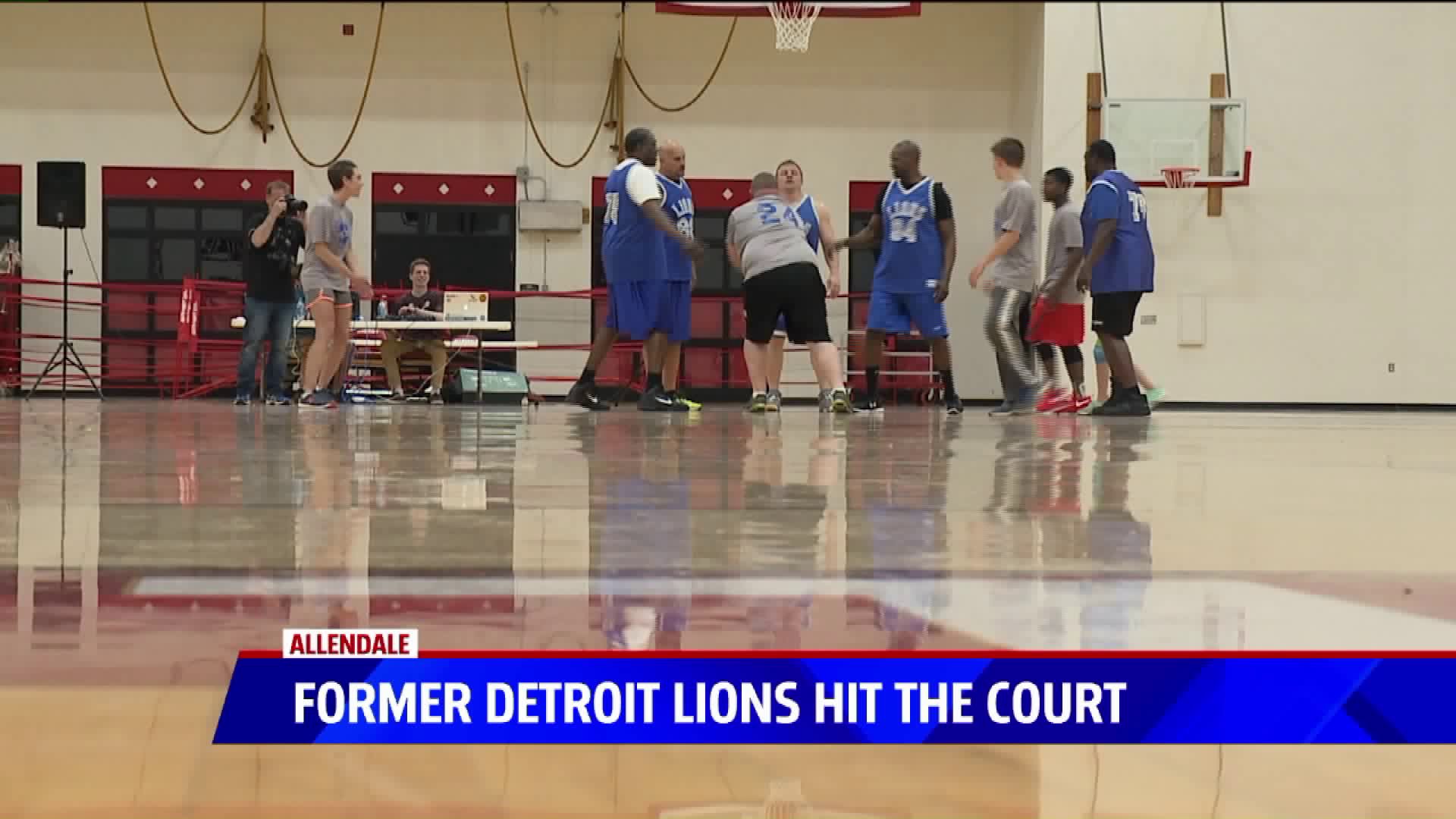 ALLENDALE, Mich. — It was a night of fun in Ottawa County and all for a good cause. The gym at Allendale High School was packed with people there to watch some former Detroit Lions take on some first responders in basketball.

Some big names in the Detroit Lions family were there signing autographs and playing around with the kids like Rob Rubick, Herman Moore, Corey Schlessinger and Lomas Brown Jr. It was all to raise money for the Ottawa County Deputy Sheriff's Association and their scholarship programs as well as some local charity groups.

"We try to make the atmosphere electric," said Joe Walker, president of the Sheriff's Association. "The community absolutely loves it."

It's the third year of the charity basketball game where fans got to interact with some big names in the Lion's family.

"It's really about the interaction that we have with a younger generation of kids," said former Detroit Lion Herman Moore. "There's an older generation of parents that remember us from our playing days, but it's the younger kids that have a blast and it's really for them."

It was a special night for one teen, Ma'Koi Robinson, who was playing in the game as part of Make a Wish.

"It's really exciting because with his health Ma'Koi had to stop playing basketball, baseball and a lot of activities, so for him to be able to participate makes me happy," said Tracy Robinson, Ma'Koi's mother. "It makes me happy to see him happy and to have fun and just intermingle with people and have fun."

"It was exciting meeting the players face to face and talking with them for a little bit," said 14 year old Ma'Koi Robinson.

While there was a basketball game, it was all in good fun.

"It's kind of like a Harlem Globetrotters atmosphere," said Walker. "We have a lot of fun. It's a game of basketball, but we don't take it too serious."

"The Lions always win at basketball unlike in real football," said Moore. "We always win the game here. I'm a former wide receiver so I think I'm pretty good at all sports even though I'm not. I'll do my best and I guarantee I'll score a point and I guarantee I will foul somebody and we will win."

Walker says they usually raise between $8,000 and $10,000 for charity from the event, but with a larger turnout this year they may exceed that. All the money goes to the Sheriff's Association to help with scholarships as well as local charity organizations like Shields of Hope.