Fruit growers use fires and fans to hold off freezing temperatures 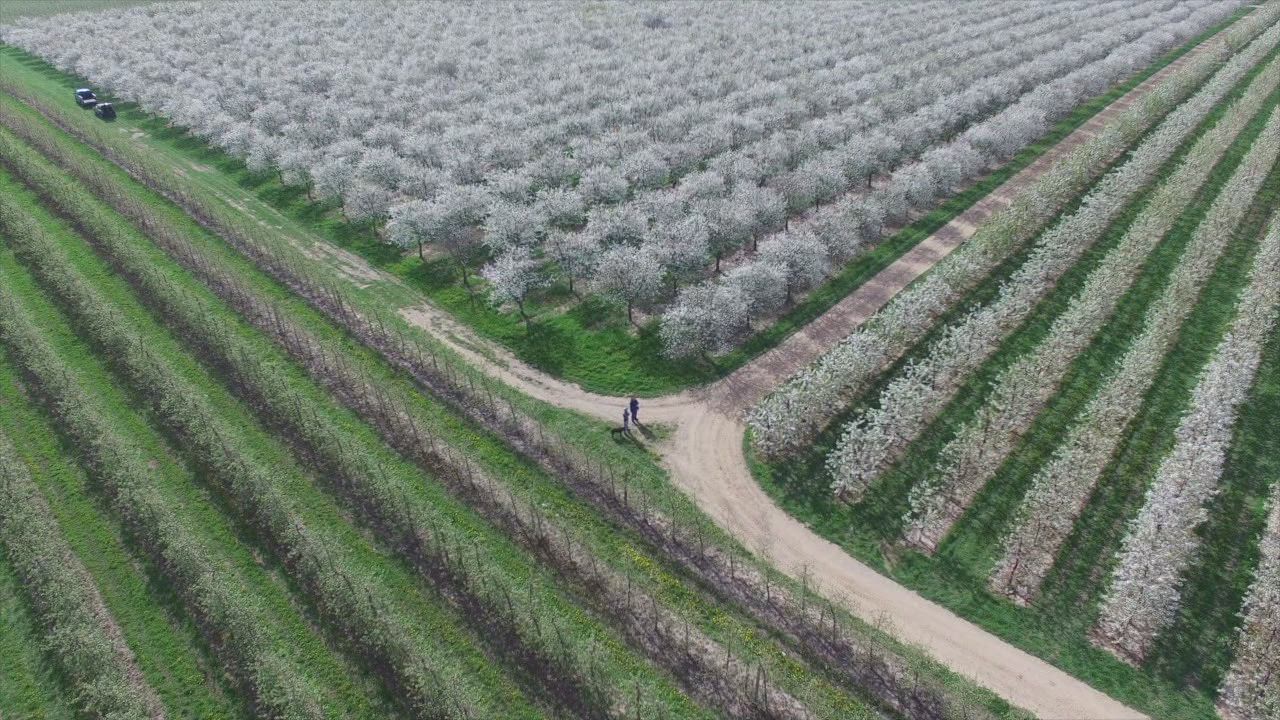 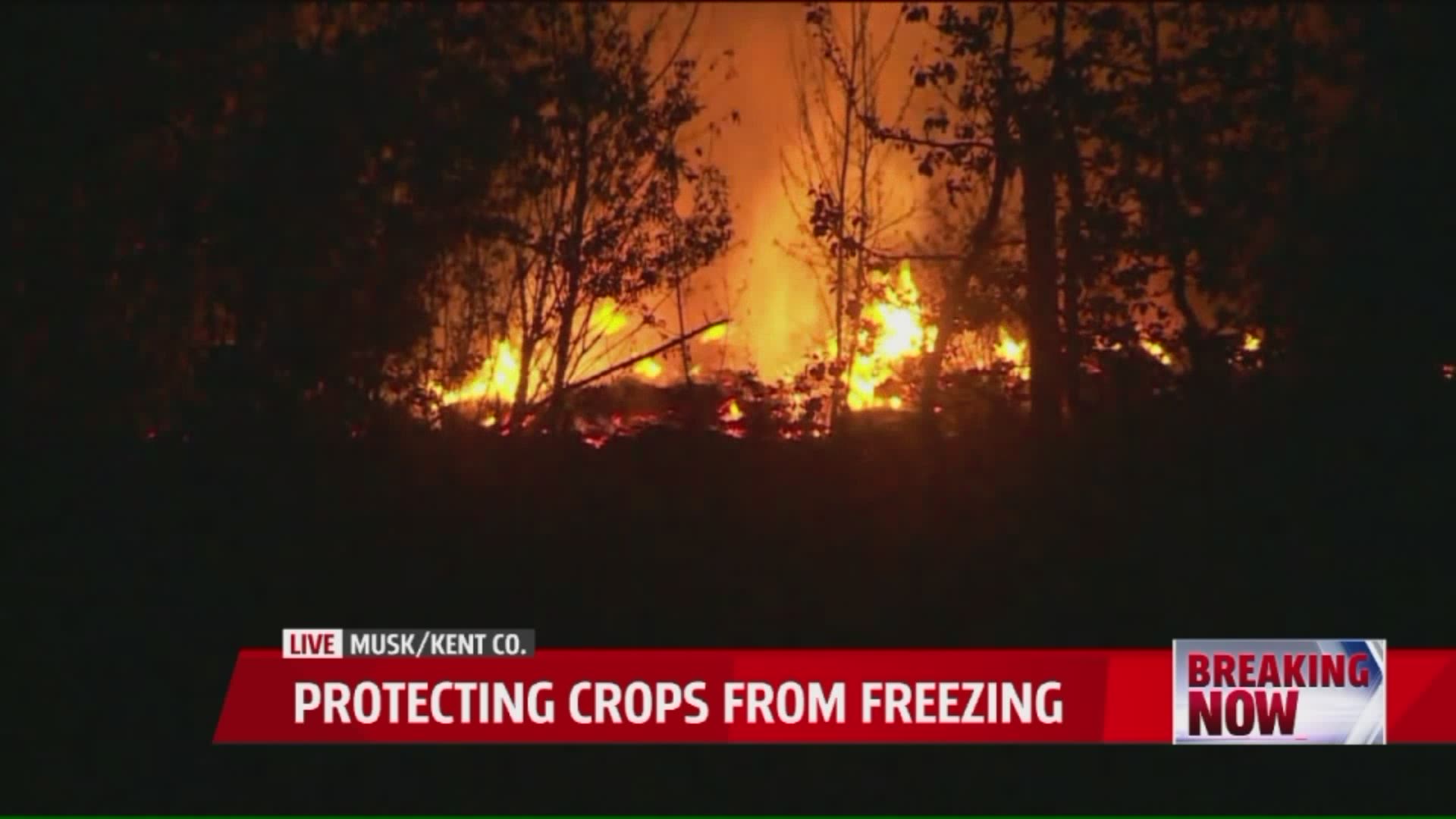 KENT CITY, Mich. -- When temperatures in West Michigan's orchards drop below freezing, fruit farmers are ready with an arsenal of tactics to keep young buds and fruit flowers from dying in the cold. Kent's Fruit Farm chose what's called a controlled burn; basically, they set a field on fire.

The National Weather Service over the weekend issued a freeze warning for Sunday night, which could affect young plants in yards and gardens and entire fruit crops.

On the section of M-37 between Kent City and Casnovia, the owners of Kent's Fruit Farm set a fire that looked like scene from a California brush fire. Operators there Monday morning said it was an attempt to keep away the frost from the trees.

The scene was so unnerving, someone reported the fire and local fire units showed up, only to realize it was a controlled burn.

At Wells Orchards on Kenowa Avenue near Burton Street, they use a more conventional method to ward off frost: Fire up propane-powered fans to actually blow warmer air on the trees when the temperature drops below 35. The hope is to draw warmer air above the trees into the orchards. "We can bring it down and keep air moving so the frost doesn't settle down," said Well Orchards President Kurt Wells.

One fan can cover as much as 10 acres.

In past years, some orchards have actually hired helicopters to hover over the orchards to force warmer air down to ground level.

Skyview video of fruit orchard blossoms on April 29. It's these buds farmers seek to save: