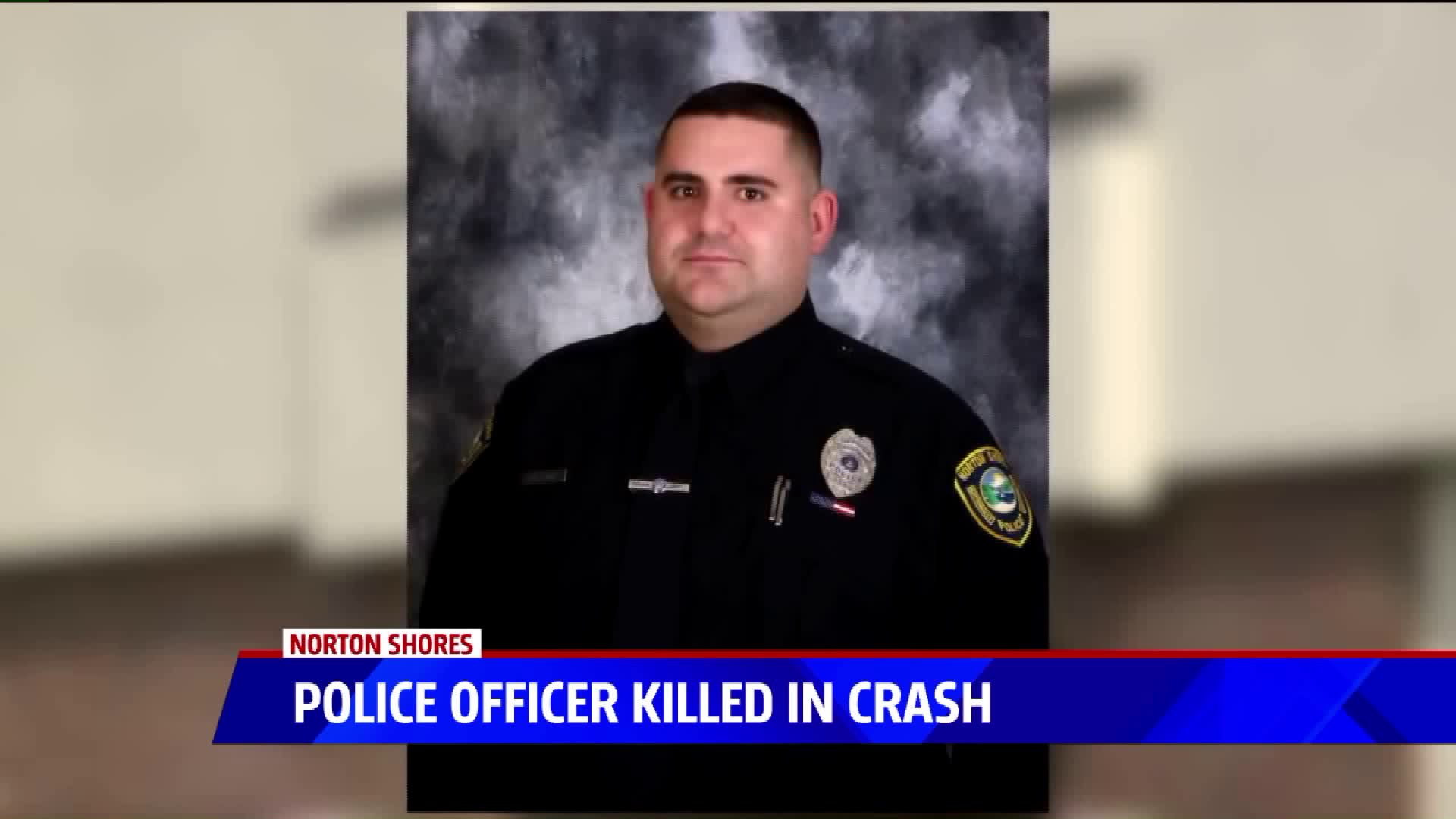 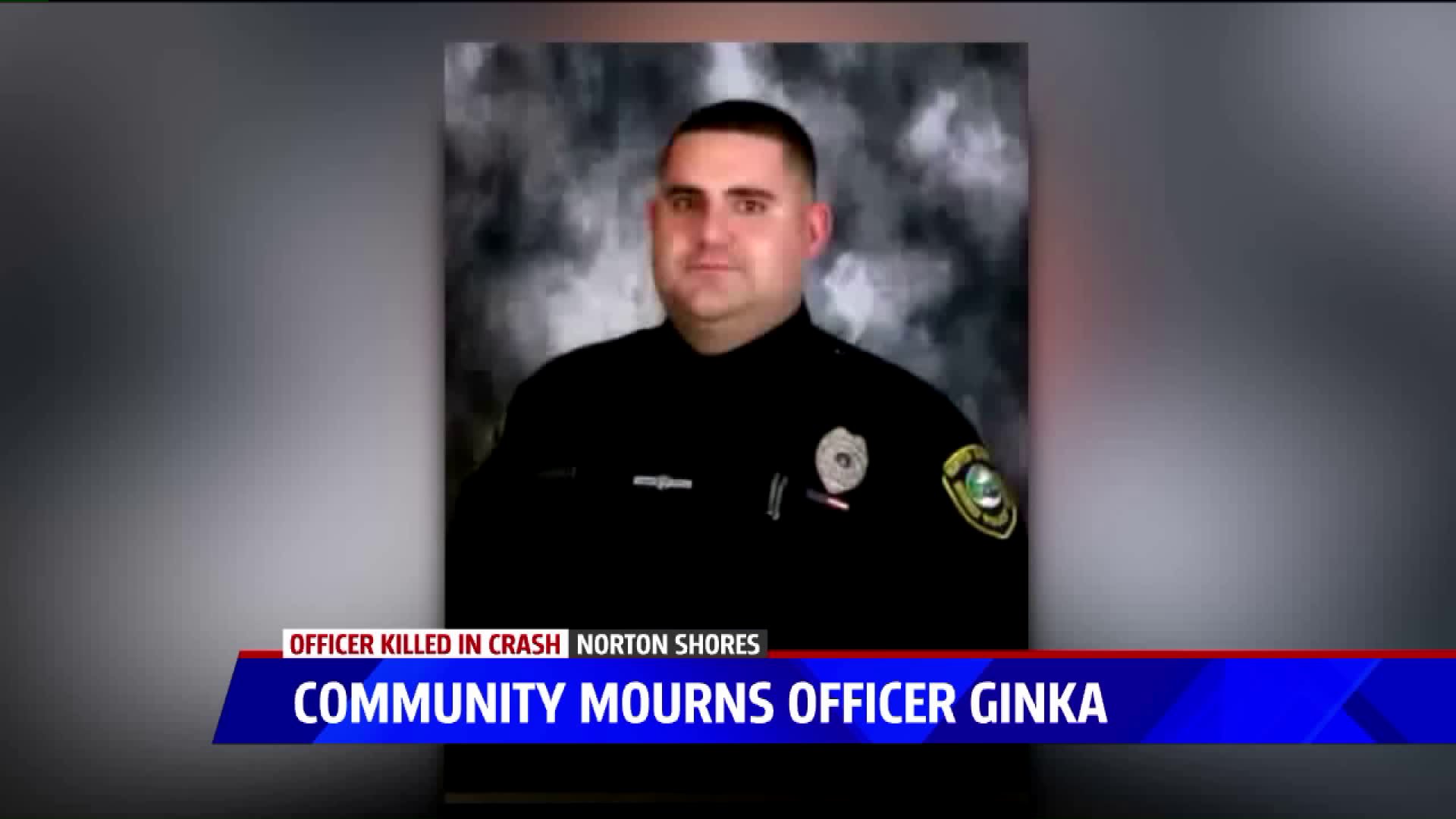 NORTON SHORES, Mich. — A Norton Shores Police officer died Wednesday after a crash involving his cruiser while on duty.

Police say officer Jonathan Ginka was driving south on Henry Street south of Ross Road at about 2:30 a.m. when his cruiser left the road and struck a tree.

Ginka, 34, was taken to the hospital and later died from his injuries.

Ginka was a 10-year veteran of the department.  He leaves behind a wife and two kids, according to police.

"He was a highly decorated veteran, and will truly be missed," Gale said during a press conference.

Michigan State Police are investigating the crash. Funeral arrangements haven't been made final yet.