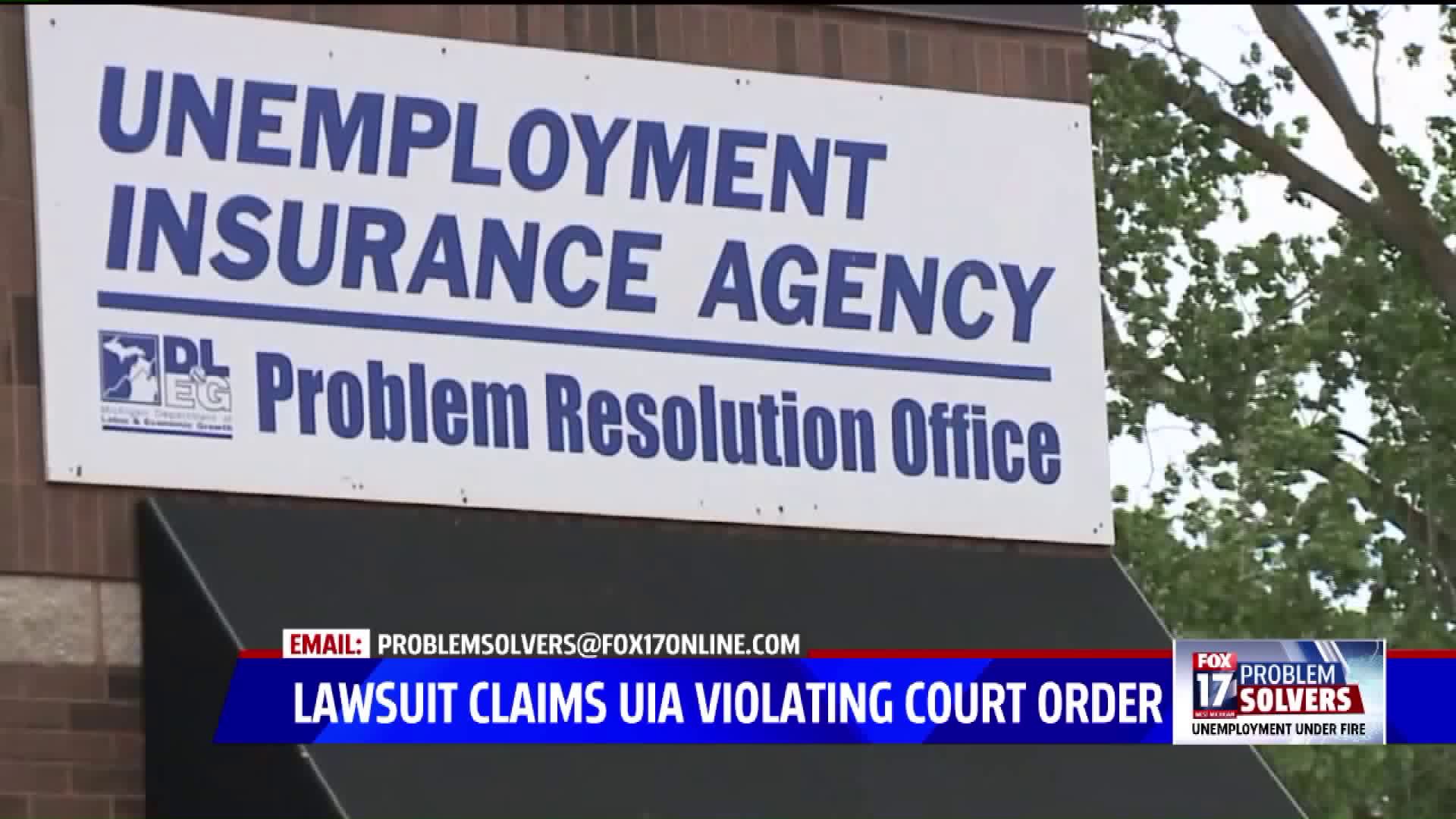 MICHIGAN -- The Michigan Unemployment Insurance Agency is once again accused of overstepping its boundaries. The FOX 17 Problem Solvers first exposed issues with the UIA two years ago regarding people falsely accused of fraud and fined thousands of dollars.

The state is now accused of ignoring a court agreement to stop taking money from those individuals. This past January, the state agreed to stop collection activities until problems caused by its computer system were sorted out.

Attorneys on a class-action lawsuit are filing a motion tomorrow in state court to stop the state from violating that signed order.

Megan Williams, 29, said she is proof the state is violating that court order. She said the UIA took her $12,000 tax refund in April. That's a few years worth of refunds. Williams said she's avoided filing her taxes in recent years because the state unemployment agency had accused her of fraud, and she knew they might take the tax refunds.

Once the court agreement was in place she filed. However, she said she still got the same dreaded result.

Williams filed for unemployment benefits back in 2014 and collected $3,000 over 6 months. But as soon as she found a new job, she said the state accused her of fraud because she didn’t call to certify her last week of benefits.

Now the UIA says she owes $19,000, minus what the state has already taken in tax and wage garnishments.

"I'm working hard, taking care of three children, and they're taking everything from us. I'm getting up every morning coming to work and not getting my money. I put in overtime. It's going them. The more I work, the more they take," Williams said.

Tomorrow morning in Detroit, attorneys are filing a motion to force the state to obey that court agreement and stop what they say are unlawful garnishments.

As FOX 17 has reported, the state legislature voted to move $10 million from the contingent (penalty and interest) fund to help balance the state budget. Attorneys are also asking the judge to stop the state from doing that.

FOX 17 reached out to the UIA regarding collection activities. We're awaiting a response.