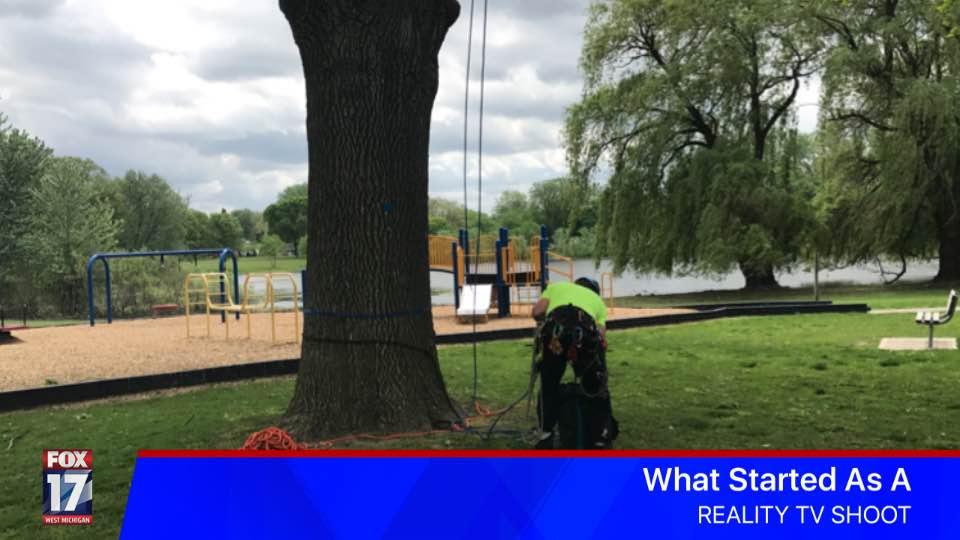 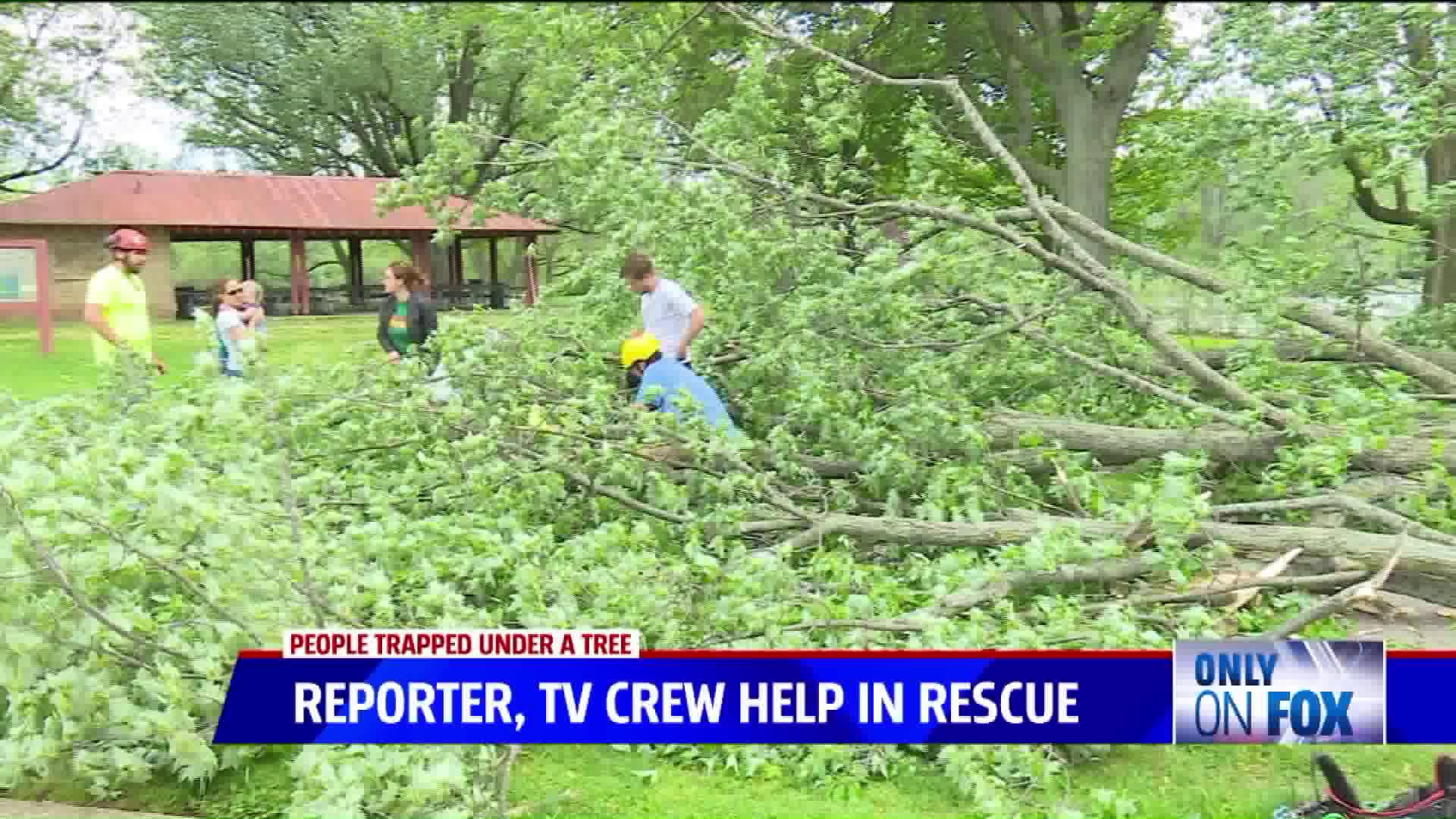 GRAND RAPIDS, Mich. - Three people were taken to the hospital, including a mother and child after a massive tree branch fell on them in Riverside Park.

The incident happened Thursday around 10:15 a.m. in the Grand Rapids park during a moderate-severe wind advisory.

A FOX 17 crew was in the park following a TV crew from Sweden when they heard a loud crack and crash in the distance followed by screams of people trapped under the tree.

"When we arrived it was total chaos," said Carina Berg, TV Host for the upcoming Swedish TV show.

"I've been in the business for 40 years and I've never seen anything like this first-hand," said Vic Foerster, an arborist consultant for the tree service.

"We heard the crash, looked over and thought, 'Tree limbs fall, it happens occasionally.' And then I heard shouting," Rathbun said.

Police on scene said it was serendipitous the tree service and TV crew were on scene to give aid when it happened.

"Fate, good luck, whatever you wanna call it," said Sgt. Dave Siver with Grand Rapids Police. "Luckily they were out of the main path there."

Crews are still on the scene investigating. Winds Thursday morning were very strong with some gusts between 45-50 miles per hour. A Wind Advisory is in effect until 8 p.m.