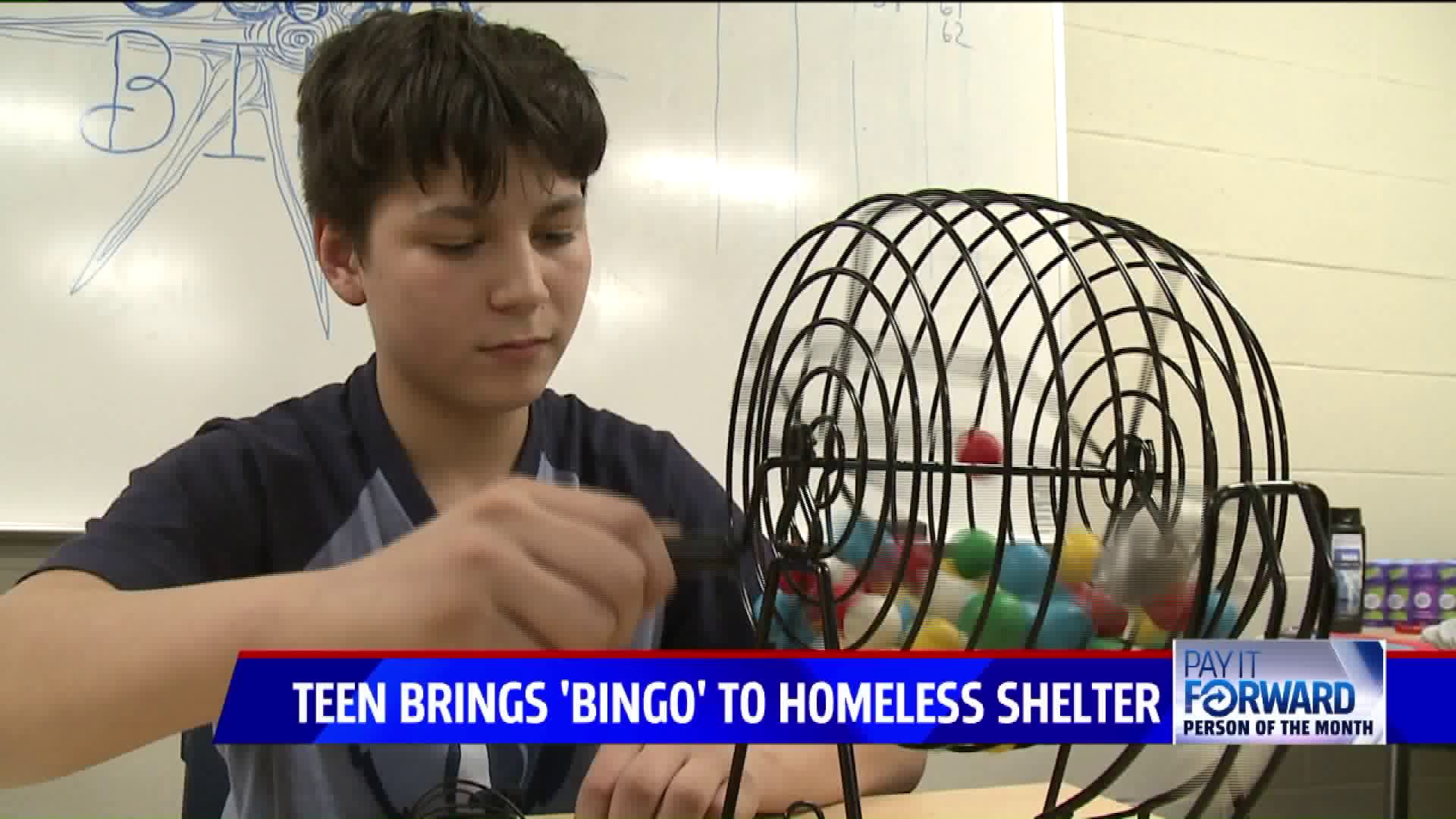 A 14-year-old is bringing bingo and prizes to the homeless shelter where he volunteers.

KALAMAZOO, Mich. -- You don't expect to find many teenagers hanging around a homeless shelter to have fun, but then again, Cesar Hernandez is not your typical teen.

The 14-year-old has been volunteering at Ministry with Community for a few months, and really enjoys the time he spends there.

He's tackled a few different tasks since he started volunteering there with his big brother, but a recent assignment quickly grew into much more than he imagined.

"I thought it would be a fun kind of job for him, while he was here, to play games," explained Megan Stull, Volunteer Coordinator at Ministry with Community. She assigned Hernandez to spearhead a game room, with various board games, but it didn't go well.

"No one showed up," said Hernandez. And he soon learned why. "Some man walked in, and he said we don't want games, we want Bingo."

Hernandez took the input and ran with it, even raising about $100 to buy Bingo prizes.

"I didn't really think that people would probably want to come here without prizes," he explained. "Like, who would want to come without a prize? It's Bingo!"

After collecting donations, he went shopping, and picked out a number of prizes that were requested by clients at the shelter.

"He saw a need, he asked how he could fulfill it. He wanted to do it well... and then he did it," said Stull. "He had sleeping bags, leggings, all kinds of stuff that our members asked for... He had this whole cart that he pushed in."

Hernandez had never played Bingo before. He practiced calling out the numbers before leading his first Bingo game in April. When FOX 17 cameras dropped by his second game this month, he appeared to be a natural.

Like the first game, members lined up and packed the room for the chance to play for prizes.

"He interacts with our members in such a different way than the first time he came in. He jokes around with them. He's not afraid to call out the Bingo numbers," Stull told FOX 17 News. "It wasn't easy for Cesar, and he put a lot of work into it. And he just did an amazing job."

Hernandez has enjoyed holding the Bingo games so much, that he plans to continue holding them. And, possibly branch out to leading a different game.

"I liked how I could have people escape their troubles, you know," he said. "It just made me feel good about myself, and I liked seeing the smiles on other peoples faces. It was just a great feeling for me."

Stull added, "I couldn't be more proud of him. He's a great kid... As long as he can raise money to get those prizes, he will be back just as much as he can be."

For his efforts, Ministry with Community awarded Hernandez a Youth Leadership Award.

As the FOX 17 Pay it Forward Person of the Month, Hernandez is receiving a $300 prize.

Meet Heidi Vanderlaan, our April Pay it Forward Person of the Month