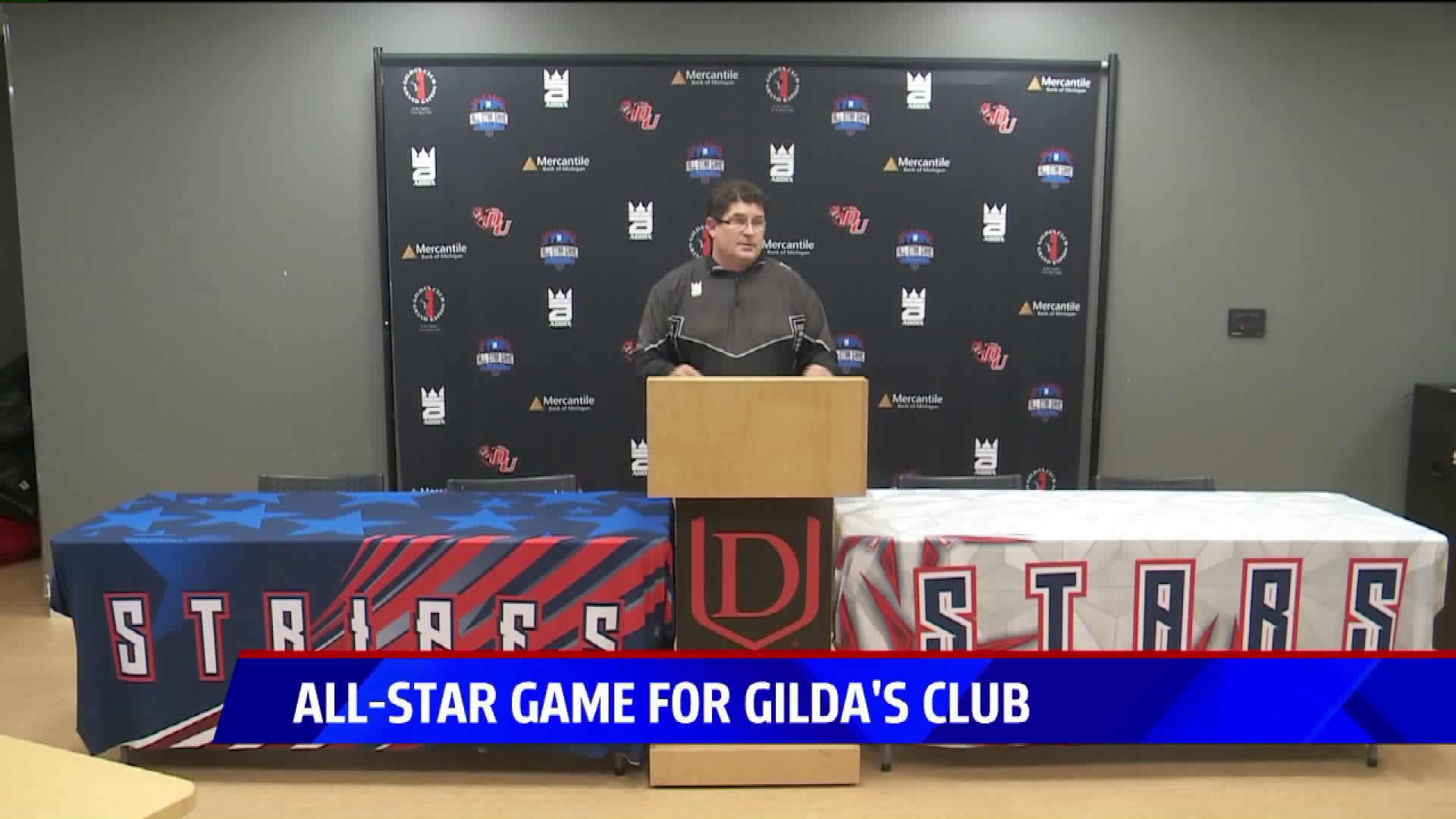 GRAND RAPIDS, Mich -- The 2nd Addix All-Star football game is set for next Friday June 9th at Davenport's Farmers Athletic Complex and it will raise money for Gilda's Club of Grand Rapids once again. Gilda's Club provides free emotional healthcare to childre, adults, families and friends on any kind of cancer journey or those grieving with the death of someone in their life due to any cause.

The honorary coaches for the game, Irv Sigler (stars) and John Shillito (stripes), both spoke today at a press conference at Davenport about how cancer has affected those close to them and how coaching in this game is an honor.

"For me it is a chance to show people that I love that I care about that I'm in there fighting with them" Sigler said. "It is a chance to contribute in something that I truly love and that is the game of football so for me this is a double deal I'm going to get more out of it than maybe anybody."

"I think the opportunity for the kids to be part of something more than just the game itself" John Shillito said. "To be able to donate to such a great cause and to have contact with people who will teach them some great life lessons I think."