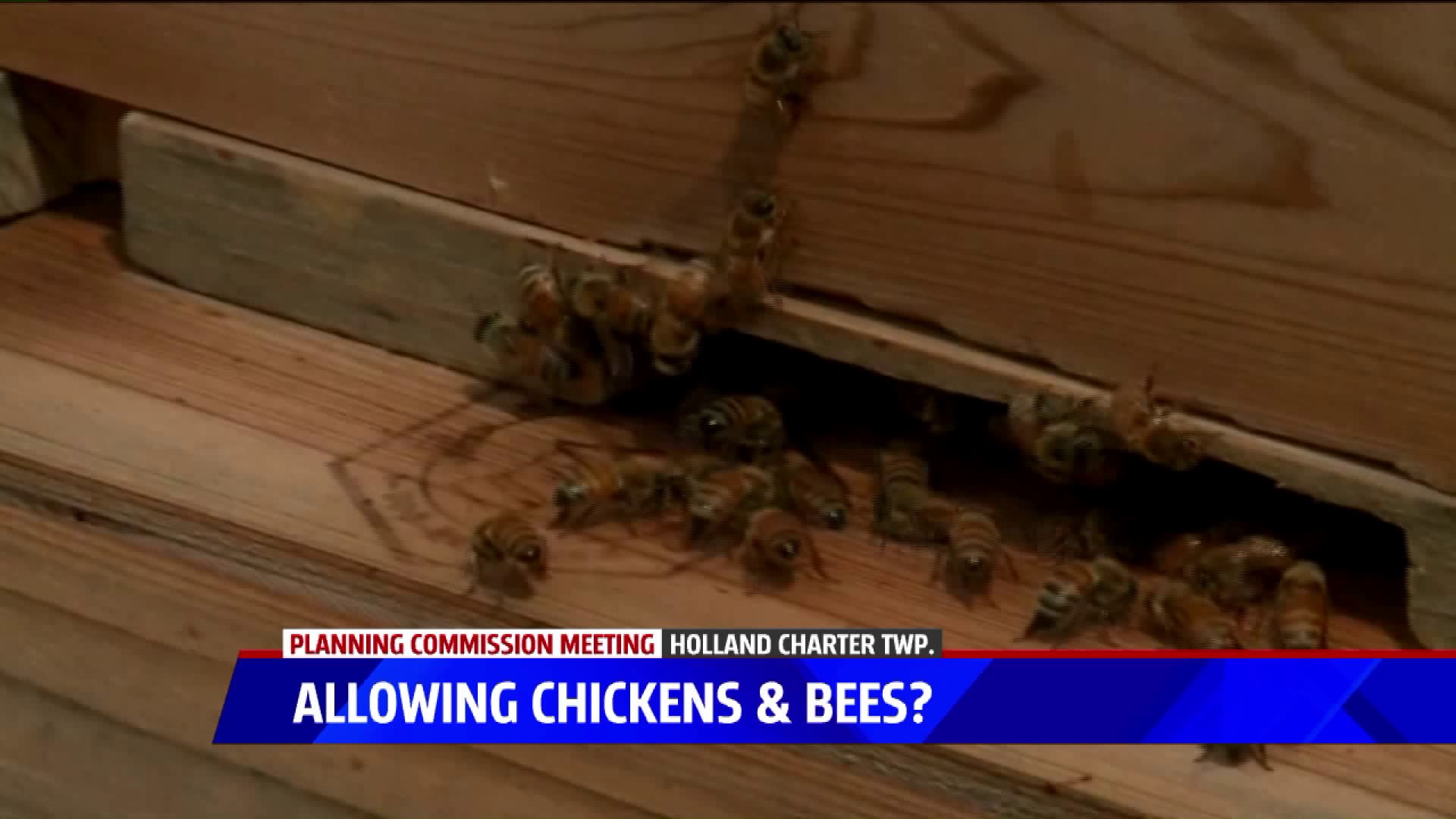 HOLLAND CHARTER TOWNSHIP, Mich-- 'Farm to table' is a concept that's gained in popularity in the past few years. And now, neighbors in one West Michigan community are hoping to bring it closer to home.

On Tuesday, the Planning Commission in Holland Charter Township discussed the idea of allowing residents to keep bees and chickens in their yards to help raise their own food.

It's a concept that's gotten a lot of other discussion in other West Michigan communities in recent years, including Grand Rapids and Battle Creek.

The City of Holland has already allowed chickens and bees for years, so this would bring Holland Charter Township in line with them.

During Tuesday's meeting, there was no visible opposition to the proposal, with only supporters getting up to speak during the public comment portion of the meeting.

"There’s a lot of people who would like to have chickens and bees," said resident Tim Marr. "Like I said, the bee problem we’re having now they are so low they’re thinking about putting them on the endangered species list."

“There’s really very little danger. With a little bit of education about the property, it really shouldn’t be a problem,” said another resident during the meeting.

The Planning Commission decided to table the issue Tuesday night, so they can further study it.

At this point, it's unclear when they'll make a decision on whether to allow the animals in the residential areas.