‘One mom, one year:’ A mother’s mission to raise money for college tuition 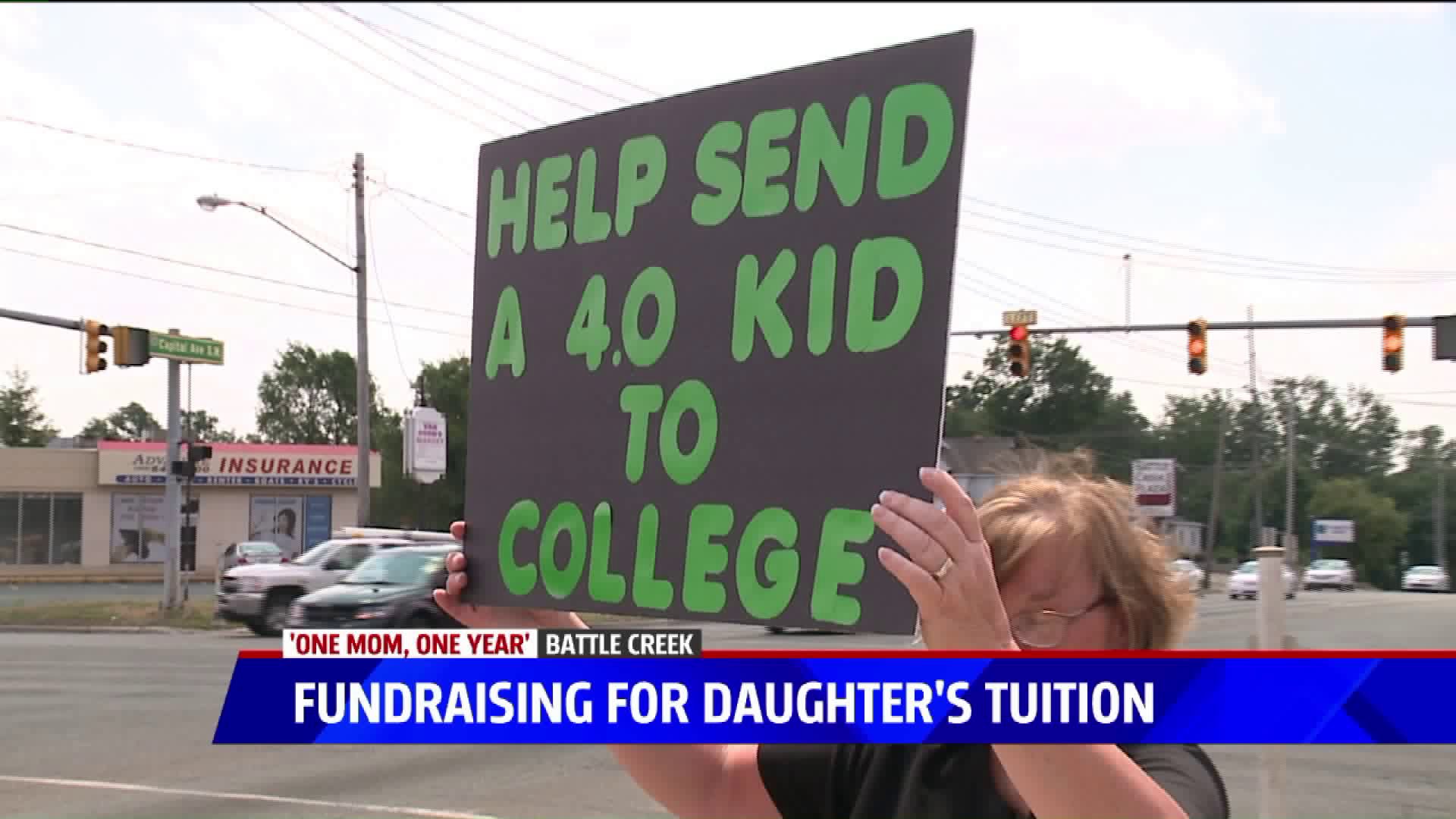 BATTLE CREEK, Mich. -- "One mom, one year" is Lori Truex's slogan this summer as she raises money to help pay for one year of college tuition for her daughter.

Truex is a mother of three in Battle Creek and a school bus driver of 16 years with Lakeview Public Schools. She says debt can be crippling not only for students but their families, who may also take out loans to help.

Now feeling somewhat trapped with outstanding loan payments herself, Truex is determined to raise money daily during her 79-day summer while school is out.

Truex says she set up a savings account at Omni Community Credit Union where she will put every penny raised to pay for a year of her daughter Kendall's tuition at Michigan State University. Kendall graduated from Lakeview High School in 2015 with a 4.015 GPA and as a Legacy Scholar went to Kellogg Community College the last two years with her tuition covered. In August she'll start at MSU with at least 33 credits to finish her degree centered on food science. She says her daughter is driven and now working three jobs as a lifeguard.

Thankful for Kendall's $3,600 MSU Student Aid Grant and a $1,770 Pell Grant, Truex says they still need to raise $24,152. Another big motivator she says is the $60,000 debt she and her husband owe to Navient for their Parent Plus loans they took out for their older daughter's Grand Valley State University degree.

"We don't really see retirement happening," said Truex. "This is going to be with us until the end."

Truex says she appreciates so many families are in similar situations and wants to speak up about something she feels others don't always talk about.

"It makes you feel really bad that you’re the parent that can’t afford it, because no one is talking about it: other parents aren’t stepping up and going, 'Oh well, we can’t afford it either,'" said Truex.

"It’s like this dirty little secret, and nobody wants to admit that they really can’t afford to send their kids to college."

Now she's on a mission to raise money, and in full transparency: she'll carry a binder to show donors her loan payments, daughter's tuition statements and school transcripts.

Then Thursday, holding her sign at Columbia Ave. and Capitol Ave. in Battle Creek, Truex received her first donation:

"Oh! Hey, I have a donation!" she shouted to our cameras. "Thank you, bless you! Our first donation!"

Truex says she's counting her blessings and her first $8 toward her daughter's tuition.