Friendship formed between man and state trooper who saved him 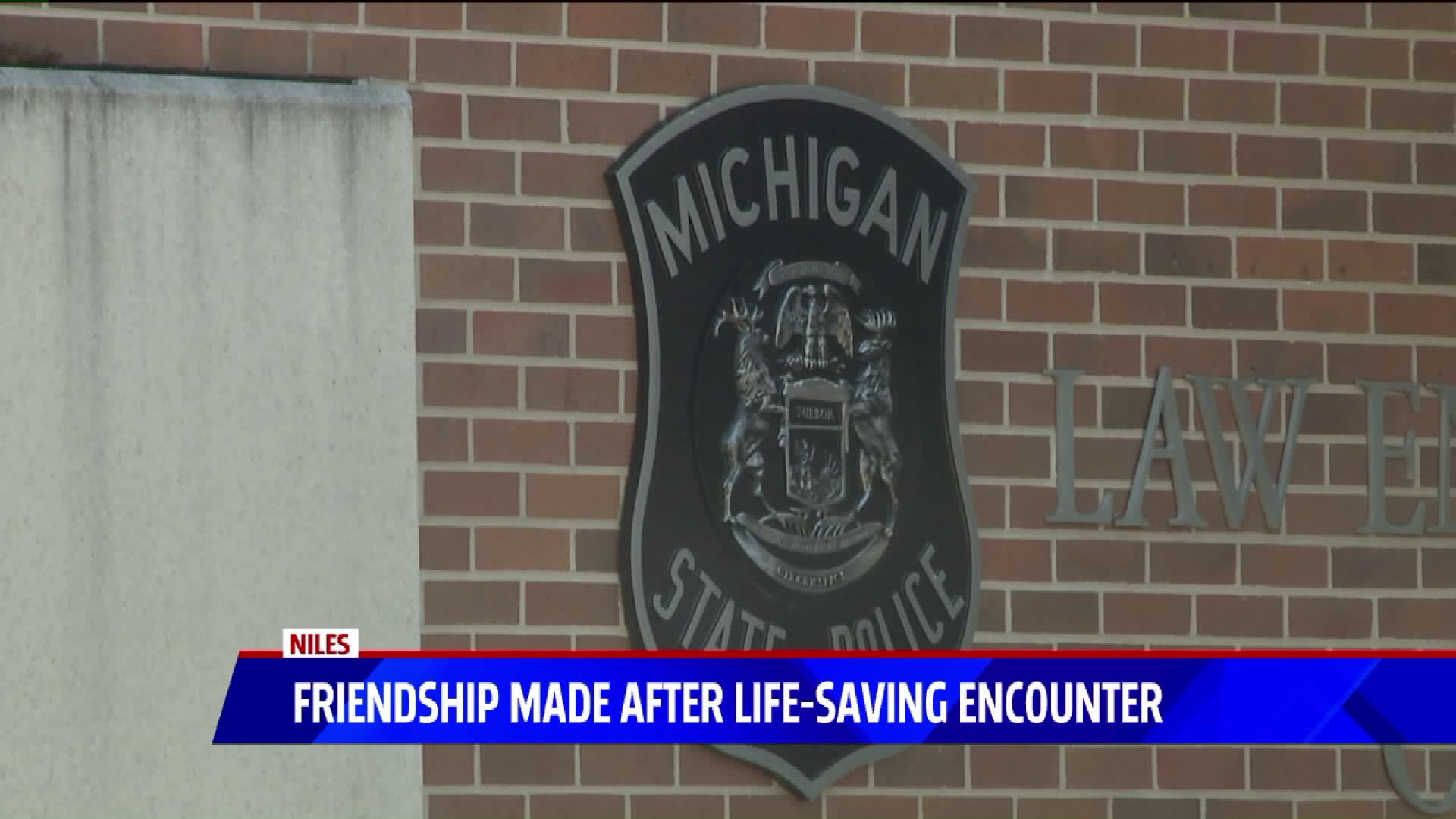 Dan Bledsaw and Trooper Jim Janes in the hospital.

NILES, Mich. -- A life-saving encounter between a man suffering a heart attack and a state trooper has led to an amazing friendship.

Dan Bledsaw says last July he and his family were driving on I-94 from Wisconsin to their home in Kalamazoo. Near the Michigan/Indiana border, he suddenly started feeling intense chest pains. He recognized the symptoms, and fearing a heart attack, he pulled over.

"I was walking back and forth next to the car, about four or five times back and forth, and then by the fifth time I collapsed from a heart attack, and my heart stopped," Bledsaw said.

His family called for help. Lucky for the Bledsaws, Trooper Jim Janes from the Michigan State Police post in Niles was in the right place at the right time, on the highway not far away.

"Well, I think there was definitely a higher power that was looking out for Dan that day," Janes said. "It put me in the right place at the right time."

When a heart stops, there are precious few seconds between life and death. Janes wasted no time jumping into action, using a defibrillator and CPR to get Bledsaw's heart beating again.

"I've been doing this for about 25 years, and this is only the second case I've had where the person had a pulse prior to leaving the scene," Janes said.

Bledsaw was taken to the hospital where he recovered.

Since his heart attack, Bledsaw and Janes have kept in touch, eventually becoming good friends. They get lunch with each other periodically. Most of all, Bledsaw says he's forever grateful for Janes' quick thinking.