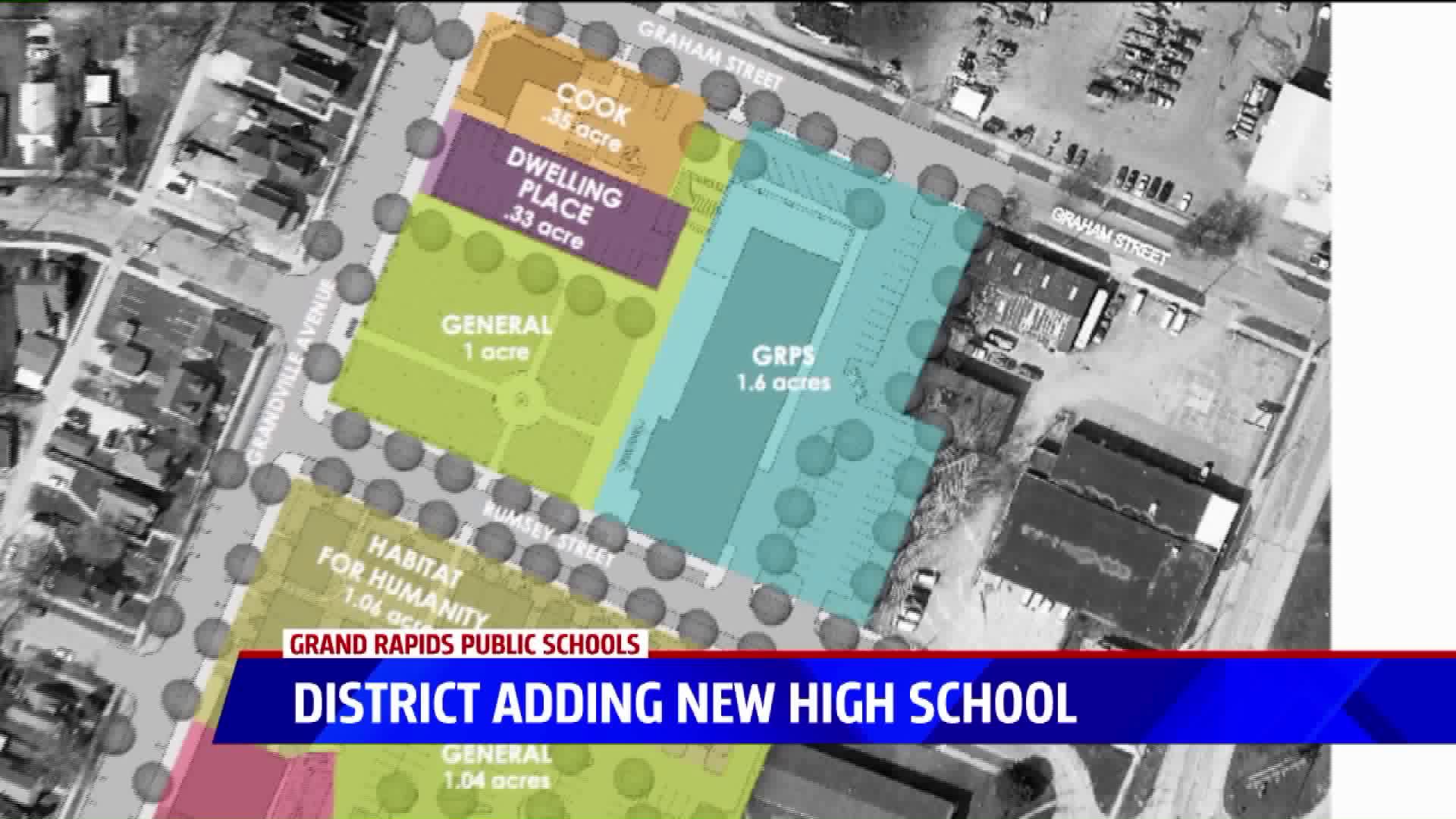 "This is 5.5 acres that’s going to look dramatically different than this when it’s all said and done," said John Helmholdt, GRPS executive director of communications, on site Monday.

"But it’s going to preserve the integrity of the neighborhood, maintain that affordable housing, expand healthcare and a new high school."

Eight organizations are partnering, including GRPS, to build what will become Plaza Roosevelt. The recent resident-approved designs show the three-story high school adjacent to about 60 units of Habitat for Humanity affordable housing, a park and a Mercy Health Saint Mary's Clinica Santa Maria healthcare site among other shared community spaces.

Helmholdt says the $20 million for the high school will be funded by the 2015 voter approved $175 million bond.

"This is a national model in the making: this was one of the most impressive neighborhood engagement processes that I’ve been involved with," said Helmholdt.

"Habitat for Humanity who deserves a ton of kudos, because they’re the glue behind all of this development, they engaged the neighborhood three years ago and said, 'What is it that you need?’ They were looking at doing more than just their affordable, single-family homes. And the neighbors said we want expanded education, expanded healthcare, and more affordable housing."

This high school brings to fruition a piece of the GRPS Transformation Plan discussed five years ago Helmholdt says: to invest in what's working, stability and growth district-wide. The plan also includes expanding pre-school in the neighborhood. Depending on which campus hosts these pre-school classes, Helmholdt says the high school would start at either seventh, eighth or ninth grade.

"We heard from our parents, our constituents said, ‘We want a high school. We want to be able to walk down the street to our neighborhood high school,'" he said.

"This is our opportunity to make good on that promise and continue to implement the GRPS Transformation Plan."

School leaders believe the high school will most realistically open fall of 2020, and hope to present the development plans to the city commission over the summer.