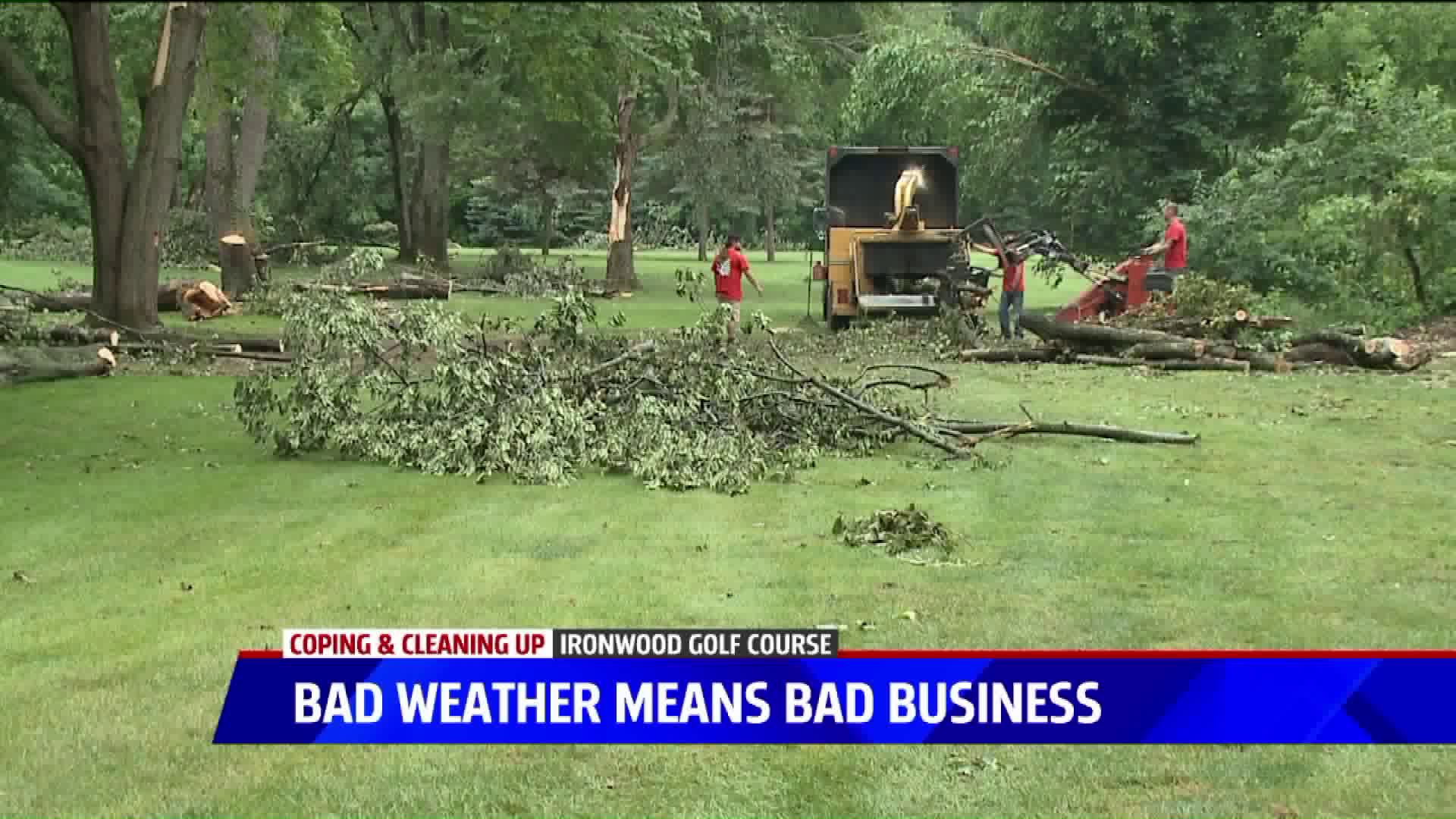 KENT COUNTY, Mich. --  For 40 years, Kim Davidson’s family has owned and operated Ironwood Golf Course nestled away in Byron Center. But the past two in particular have been tough.

Twice in a year’s time, Ironwood has been forced to shut down; messy and tattered from damage left behind by powerful storms.

“We had trees uprooted again and snapped off, then just debris everywhere,” said Davidson. “It’s a safety hazard right now to have golfers out here.”

So, there aren’t any, and despite having power since late Saturday night, business will take a hit.

For better or worse, Ironwood has storm cleanup down to a science. In August of 2016, the course was hit hard by tornadoes that tore through parts of West Michigan. It all but shut them down for the rest of the season, and they’re hoping Friday’s storms won’t cause a repeat.

“We’re, you know, taking each day as it comes,” said Davidson. “It’s Mother Nature and when you’re in this type of business, she is in charge. Just deal with what she tosses at you and that’s part of being in the golf industry, especially here in Michigan.”

Ironwood hopes to be back open by the end of the week, but with the threat of more severe weather Wednesday, that date is tentative.