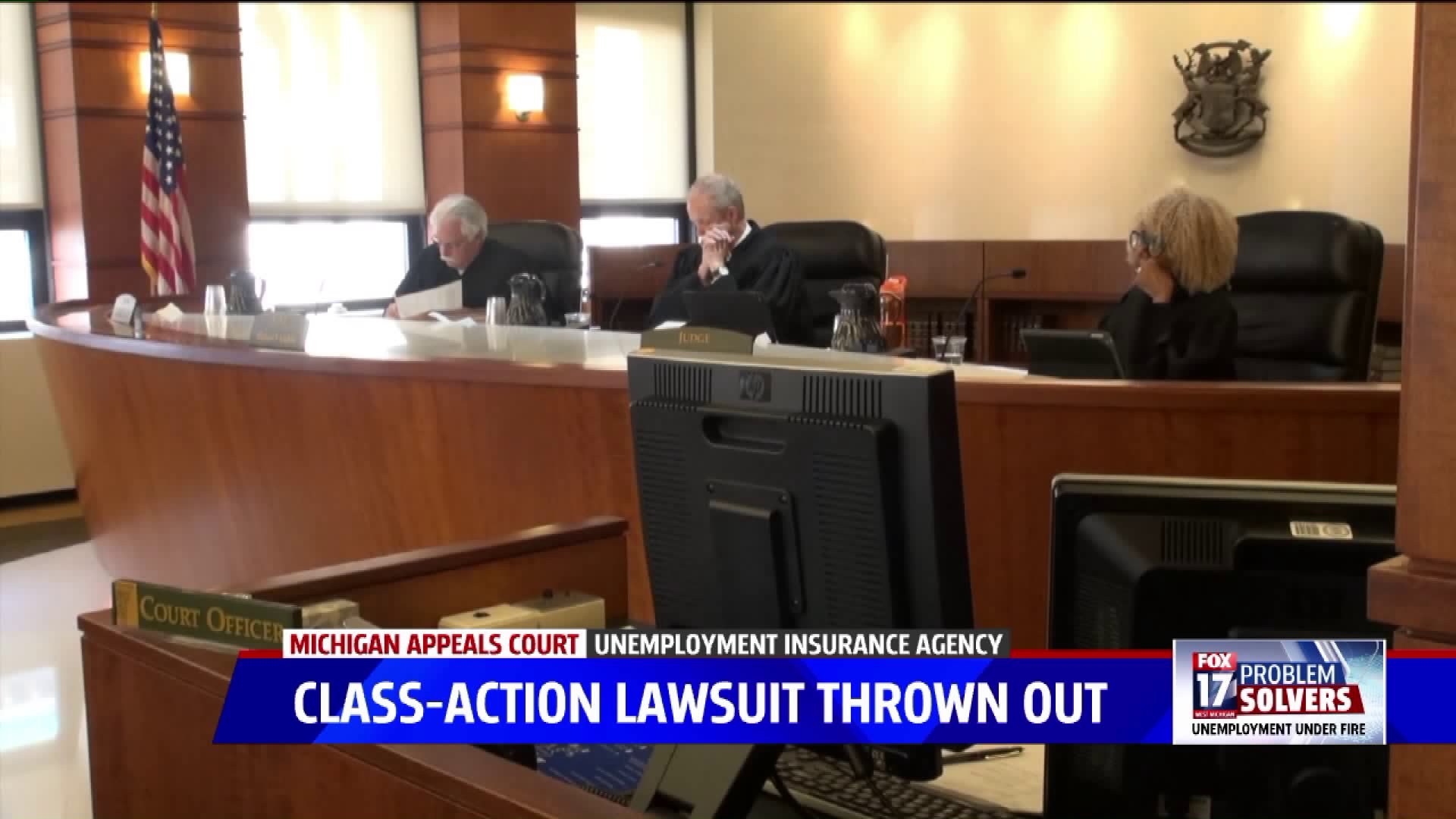 LANSING, Mich. (AP/FOX 17) — The Michigan appeals court has tossed a class-action lawsuit filed by people who were falsely accused of defrauding the unemployment benefits system by an automated computer program called MIDAS.

A panel ruled 3-0 Tuesday that the three plaintiffs waited too long to sue, reversing the state Court of Claims.

The case centers on whether the men were hurt when the Unemployment Insurance Agency incorrectly notified them of the fraud findings or when the state intercepted their tax refunds, garnished wages and forced repayment of unemployment benefits. Judges Michael Gadola, Patrick Meter and Karen Fort Hood said the trial court "did not properly consider when plaintiffs were harmed," and the clock began ticking when they received notice of the fraud determinations.

FOX 17's Darren Cunningham and the Problem Solvers have been investigating the UIA for over two years.  He was in court earlier this month for the oral arguments to the case.  Watch that here.

The Michigan Democratic Party issued a statement after the ruling:

"The lives of thousands of Michigan workers were made a living hell when they were falsely accused of defrauding a system in which they did everything right and followed all the rules. Thanks to Bill Schuette, they will not receive what they are owed or the justice they deserve.  Anyone even thinking about running for governor should be absolutely ashamed for seeking to deny people, irreparably harmed by the state of Michigan, their day in court. Forced into bankruptcy, their credit ratings destroyed, real, hardworking people's lives have been turned upside down, and now the person who likes to portray himself as 'the people's attorney' has turned his back on them and put a knife in theirs. "

The Talent Investment Agency, which oversees the Unemployment Agency said in a statement it agrees with today's ruling:

“While we agree with the court’s decision today, it does not change the ongoing focus at the Talent Investment Agency (TIA) regarding the review of our unemployment insurance cases and improving customer service and integrity.

As announced in February, we are reviewing all fraud determinations that were made during the period of auto-adjudication because we want to make sure everyone is treated fairly. As part of this ongoing effort, we have issued refunds on all cases for which collections had previously been made and the fraud has been reversed.

This amounts to more than $16 million of repayment, interest, and penalties that has been returned to residents, or will be returned once we are able to update their contact information. This review, covering tens of thousands of cases, will be complete by the end of July.  At that time, we will provide additional details regarding counts and next steps.

Several changes have been made in our claims process and methods of service delivery to our customers. We continue to look for ways to improve service to Michigan residents. This month, TIA-UI is setting in place the second phase of organizational changes that look at the way work flows through our program to improve internal and external communication. This includes evaluating the different ways that residents contact the agency, whether it is online, by phone, or in person.

We are also working with the national Unemployment Insurance Integrity Center, a joint venture between the National Association of State Workforce Agencies and the U.S. Department of Labor, to visit with agency employees and review our processes around identity verification and collections.  Subject matter experts from the center will recommend best practices in providing customer service while protecting the integrity of the program.

People come to the Unemployment Insurance Agency when they are going through a difficult and stressful time in their lives. We are focused on helping them get benefits they are entitled to as they find their next careers. We are working tirelessly to restore the public’s trust in our system, and we are on the road to doing that.”

An attorney for the plaintiffs in the class action lawsuit plans to file an appeal with the Michigan Supreme Court.