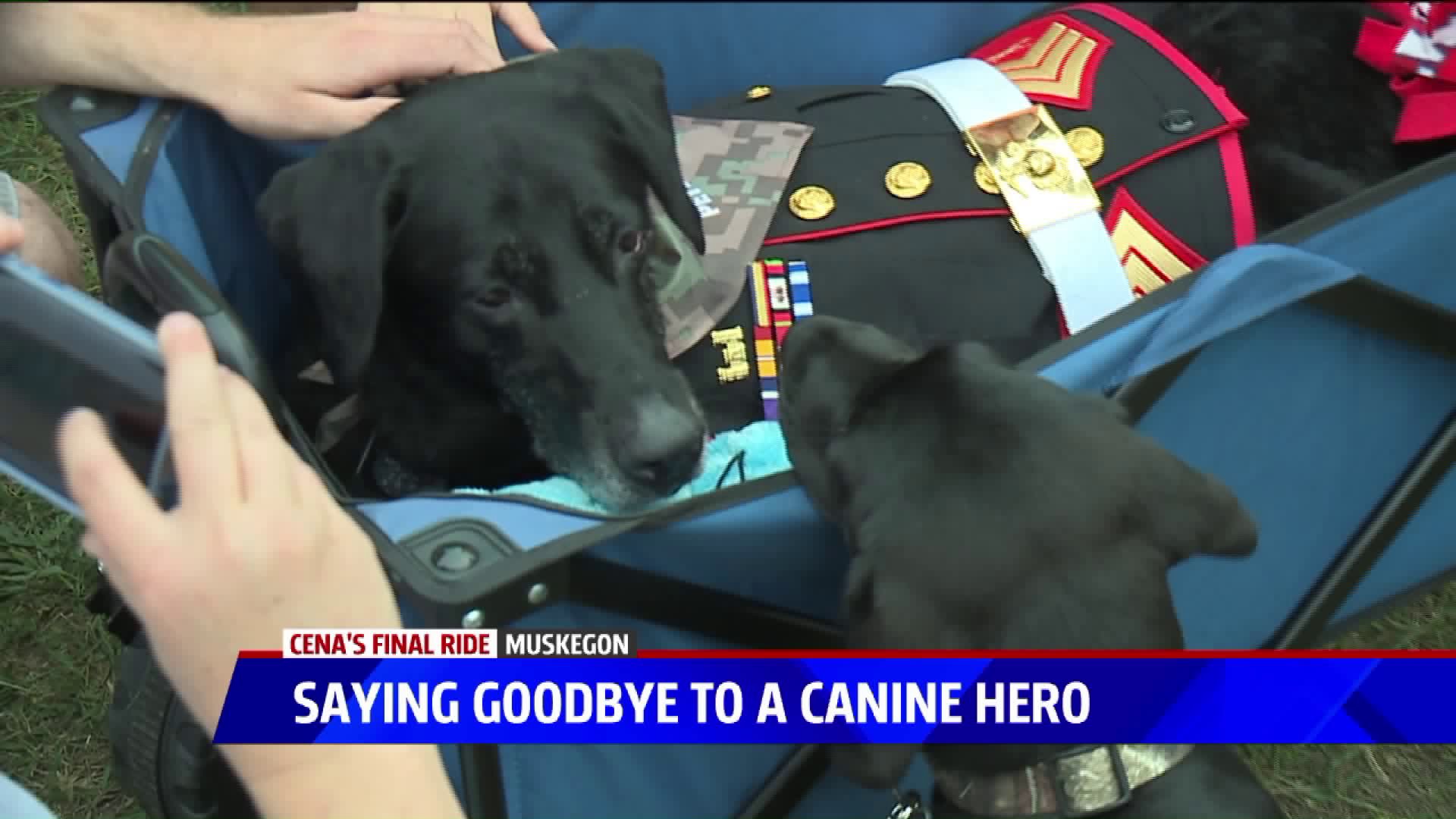 MUSKEGON, Mich. -- Hundreds of people showed up to a final ride that was organized for a Marine veteran's bomb detecting dog.

FOX 17 first told you about Corporal Jeff DeYoung's efforts  to organize the ride for his dog Cena last week.

Cena was recently diagnosed with bone cancer, and a ride in an open top Jeep was at the top of DeYoung's "bucket list" that he made for his dog.

Several other Jeeps and some motorcycles joined Cena Wednesday afternoon for the ride. The riders left from the USS LST 393 museum in Muskegon.

"It's overwhelming," said DeYoung. "Of course, veterans always know you have to be early everywhere, but at the same time the amount of veterans and the amount of family that have showed up, it's remarkable to say the least." 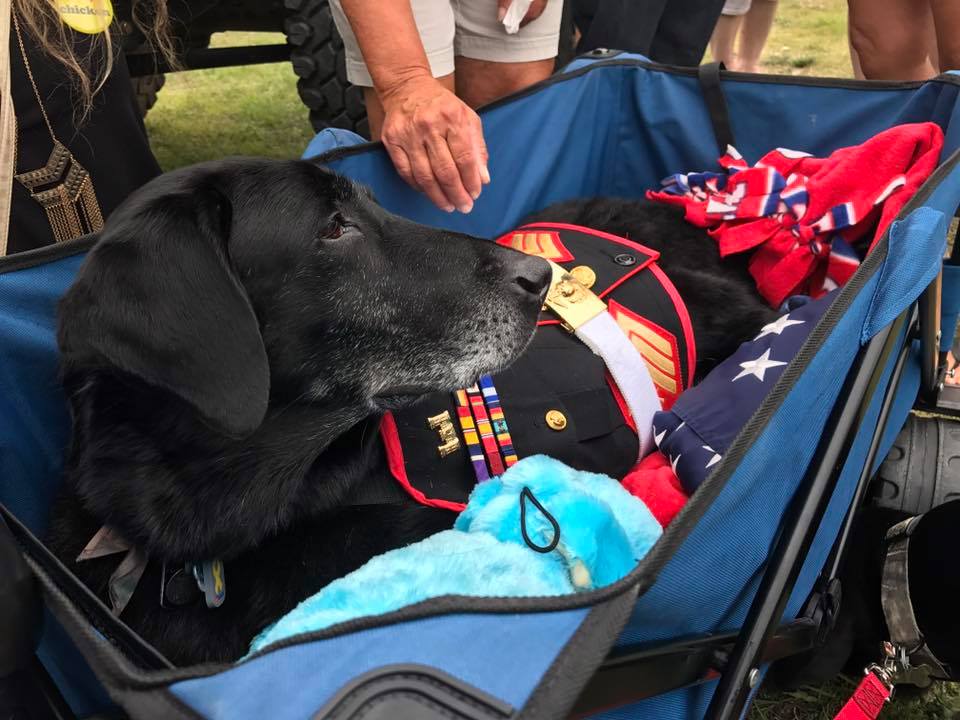 DeYoung was deployed to Afghanistan with Cena and in 2014 he was able to adopt the dog. Cena eventually became his service dog as he battled with post-traumatic stress disorder.

A local business made a set of custom dress blues for Cena, which he would wear before the veterinarian put him down Wednesday night.

"Every Marine has to go out in a set of dress blues," said DeYoung. "That's just the way we are. He's got his ribbons, he's got his decorations, he's dressed to the nines. He got a fresh grooming service today and we are ready to make peace with what we have to do."

After the last moments with Corporal DeYoung, the K-9 hero and his best friend took their final walk as fellow service members and public safety officials gave one final salute.