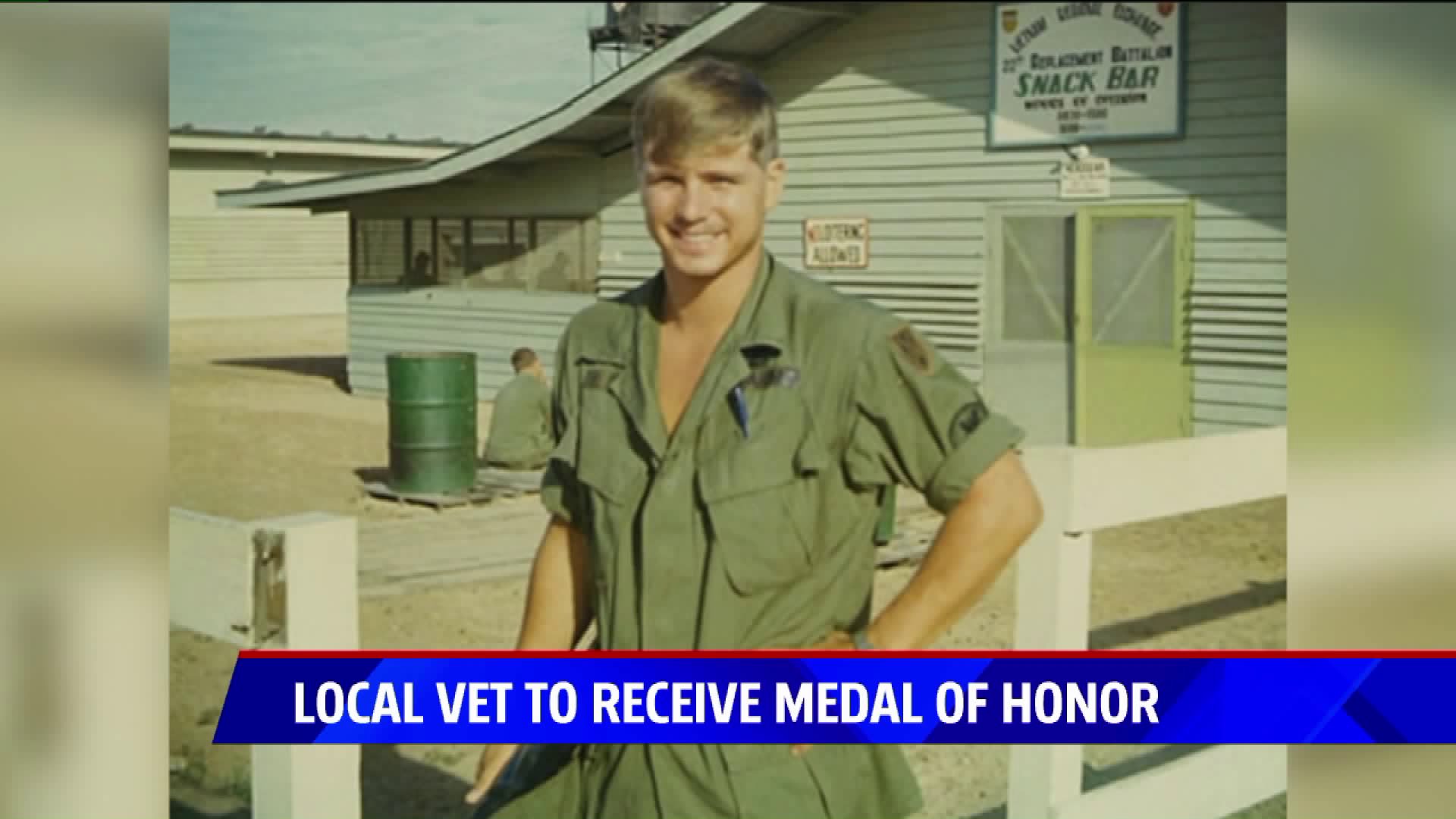 In the two days that followed, McCloughan would perform acts of valor that, 50 years later, would earn him the highest possible military decoration: the Medal of Honor.

“They hadn’t sent any forward observers in and we didn’t know how many people were there,” said McCloughan, reflecting on that May 13th, 1969 day. “They knew where we were and they were going to try to annihilate us.”

The nearly 2,000 Vietnamese forces vastly outnumbered the only 89 American soldiers dropped in that day – McCloughan one of them. Almost immediately, bloodshed began. McCloughan and fellow medic Daniel Shay had their hands full retrieving and tending to the injured.

“I don’t know how long it was,” McCloughan said. “Until almost dusk I was retrieving people.”

Ten to be exact. After Shay died on the battlefield (and was awarded the Medal of Honor posthumously years later), McCloughan was the only medical personnel on the field.

“I felt it when I got hit, but I was so busy, you know, taking care of the wounded and those that had frozen kind of in shock – getting them out of the rice patty – that I hadn’t thought about it,” he said.

Five decades after McCloughan walked off that battlefield, he’ll be stepping into the White House on July 31st to receive his medal, pinned on him by President Donald Trump.

Still, all these years later, McCloughan is thinking only about his comrades – those who made it, and those who didn’t.

“A bond between warriors and brothers in arms is stronger than blood. I mean, you’ll do anything including die,” he said. “It’s a love so deep in our soul, those brothers in arms, that it’s indescribable. You can’t describe or measure the amount of love we have for one another that you would get to the point where you would die for another person.”