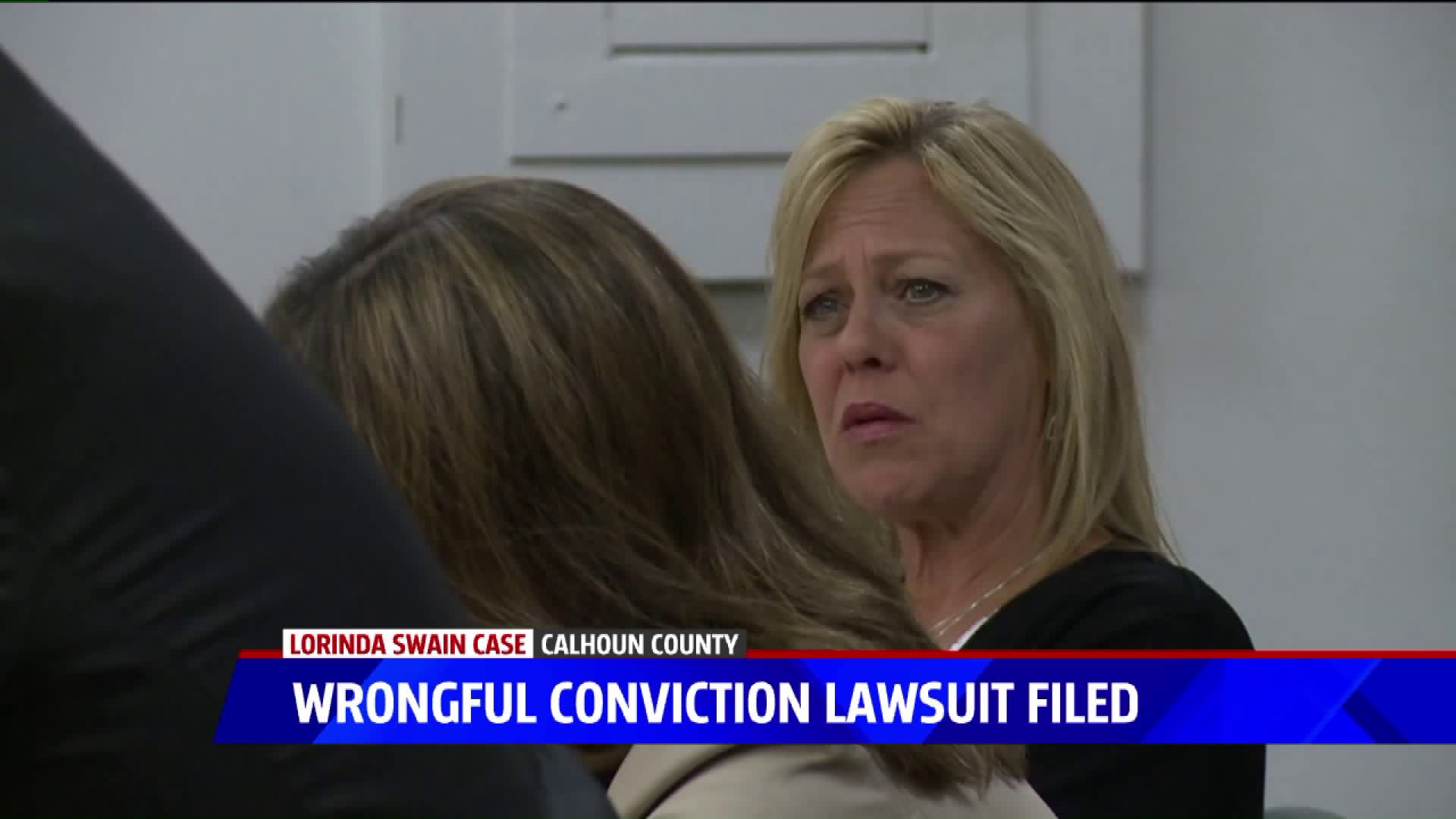 CALHOUN COUNTY, Mich. – A mother in Calhoun County and her attorney filed a federal lawsuit Thursday against the county and its deceased Detective Guy Picketts for her wrongful 2002 conviction.

Lorinda Swain was convicted in 2002 of four counts of first-degree criminal sexual conduct for sexually abusing her adopted son. She served eight years in prison of a 25 to 50 year sentence and maintained her innocence.

According to the lawsuit, Swain is seeking civil reparations for a wrongful conviction, of which she was innocent, that violated her Fifth, Sixth, Eighth and Fourteenth Amendments' rights.

Read the lawsuit in full here.

In 2009, a Battle Creek judge overturned her conviction when her son Ronnie recanted his statements about the abuse. At that point the Michigan Innocence Clinic took on her case. She was released on bond with conditions, including that she live with her parents and not drive a motor vehicle according to the lawsuit. In 2009 and 2012, the judge ordered a retrial.