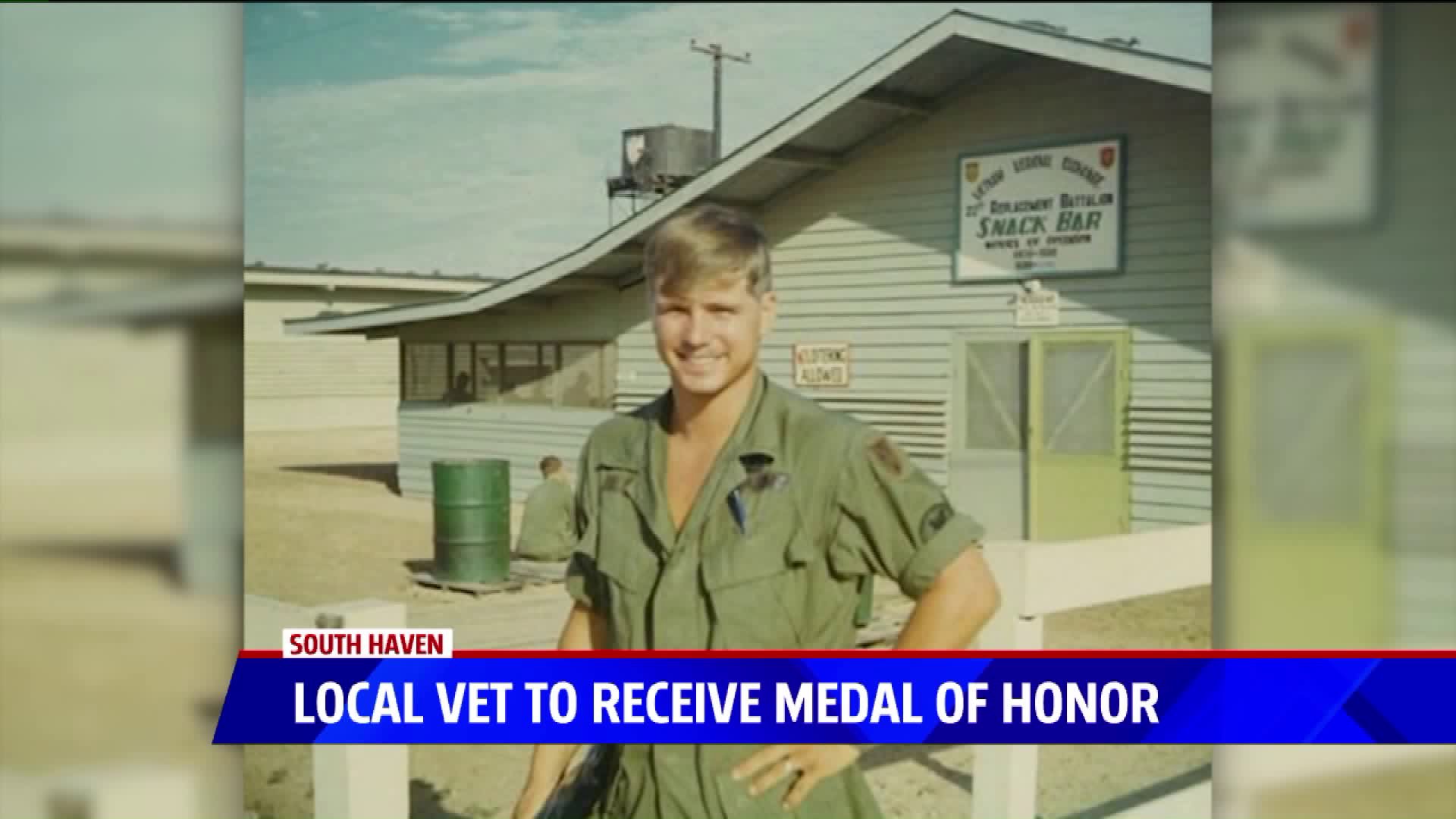 WASHINGTON --  South Haven native James McCloughan will receive the Medal of Honor on Monday from President Trump. McCloughan is being recognized for his heroism as a medic in the Vietnam War.

McCloughan was just 23 years old when, on May 13, 1969, he was one of just 89 American soldiers surrounded by some 2,000 Vietnamese. During that encounter, he and medic Daniel Shay did their own form of fighting: fighting to keep wounded soldiers alive. Shay died that day and was later awarded the Medal of Honor for his valor.

McCloughan finally receives recognition in ceremonies in Washington DC 48 years after that day.