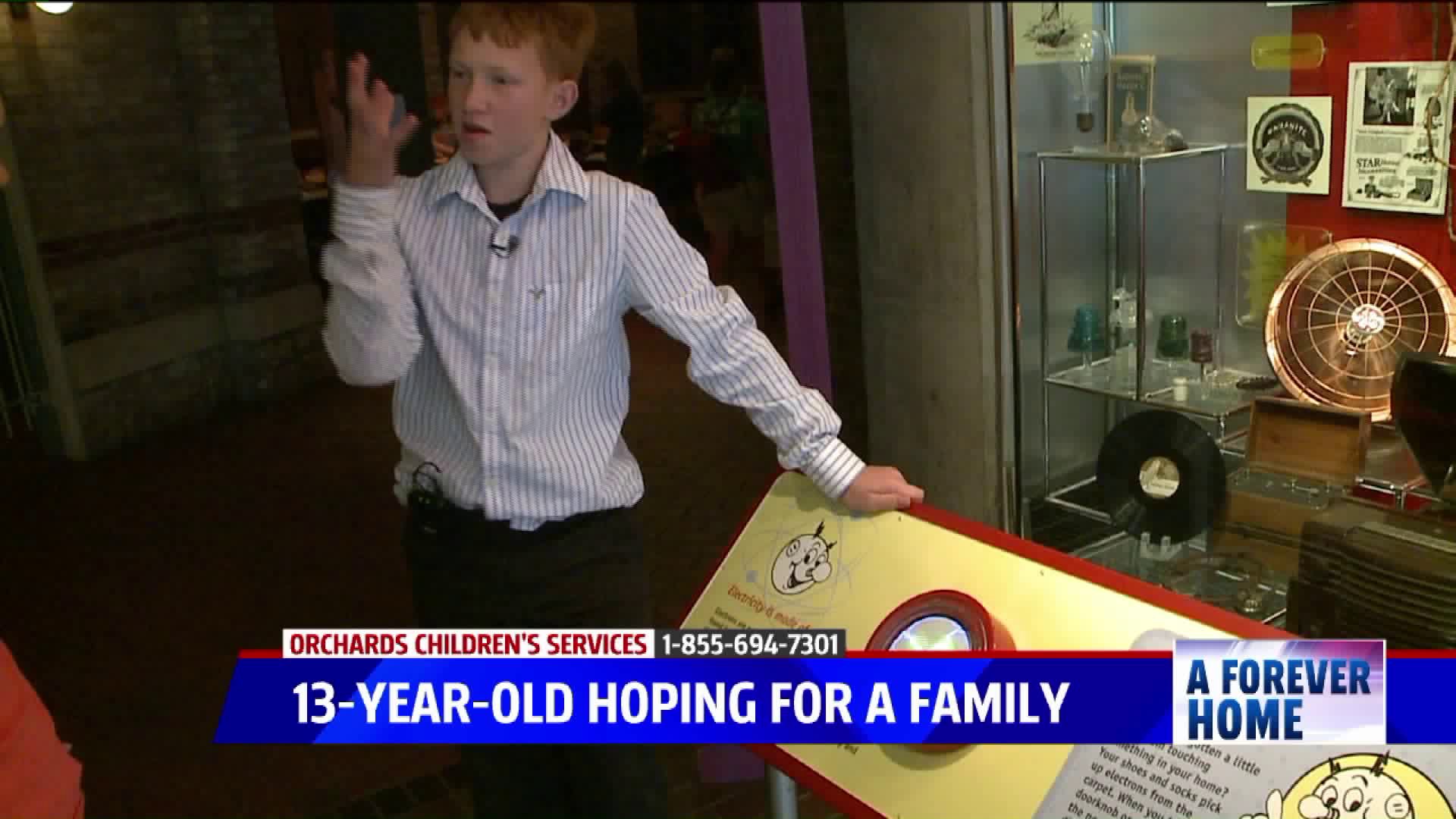 GRAND RAPIDS, Mich. -- As FOX 17 continues its Forever Home series, we introduce you to a curious teen who's hopeful he'll be adopted.

Tuesday it was easy to get a smile and laugh out of Prestyn, 13, who explored a little bit of everything at the Grand Rapids Public Museum.

He's a rising eighth grader who is a numbers guy: in school he says his favorite subject is math. He loves computers, playing Pokemon and video games. He's also adventurous.

"I like roller coasters depending on how high they are," said Prestyn.

After school he says he's considering law school because, "I like to argue."

When it comes to family, Prestyn hopes to be adopted and have a dog to have fun with. He imagines, "Playing Pokemon, playing chess, going to carnivals, going to different states" together.

And when FOX 17 asked him what it would mean for him to be adopted, Prestyn answered, "A lot."

If you would like to learn more about adopting Prestyn, call the adoption specialists at his adoption agency Orchards Children's Services at: 1-(855)-694-7301.