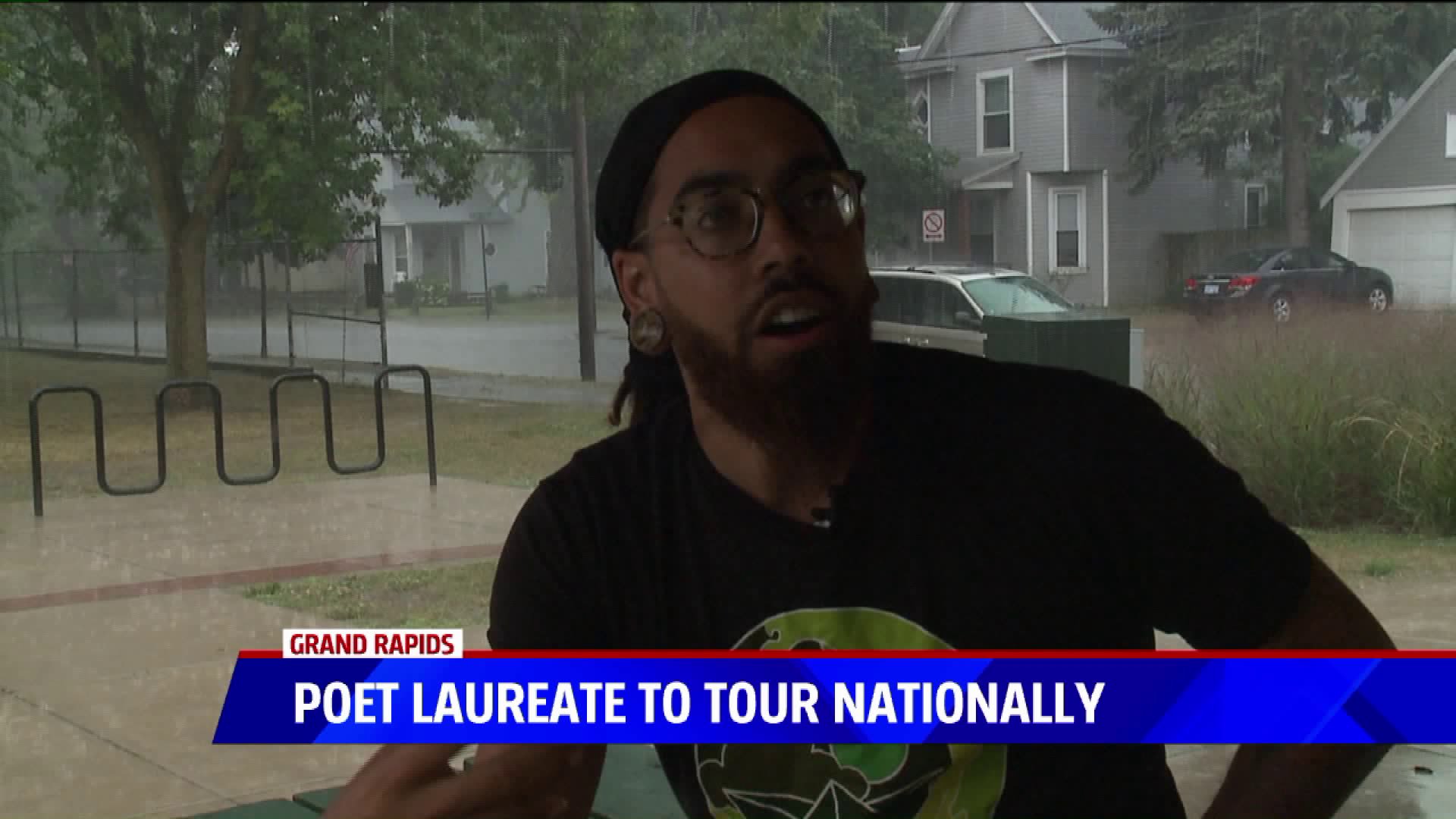 GRAND RAPIDS, Mich. - A local poet known for tackling issues of race, mental health, and sexuality is now walking his talk on the national stage.

Marcel 'Fabel' Price, the hired ambassador of poetry for the city of Grand Rapids, has been preaching poetry to the people of Michigan for years. He and his crew called the Diatribe have also been helping students in dozens of schools face real-life issues head-on.

After years of inspiring and encouraging others, Fable is taking his poetry cross-country in a show called The Unpacking Tour.

"It’s all about getting that stuff inside of you and putting it into the world, and not just harboring it and keeping it in your chest," Price said.

The tour will hit 14 states, offering more than 30 shows. Fable and another Poet named KFG are raising money for the tour through GoFundMe.

They're also selling original CDs, books and T-shirts to help fund the trip. The poets will hit the road Aug. 13 and continue raising funds through January. Fable says it's a chance to encourage others while representing the great city of Grand Rapids.

"I'll be representing  Grand Rapids, for sure," Fable said. "It's all about showing people outside of Michigan what Grand rapids is all about and the caliber of what artists we have in our city."