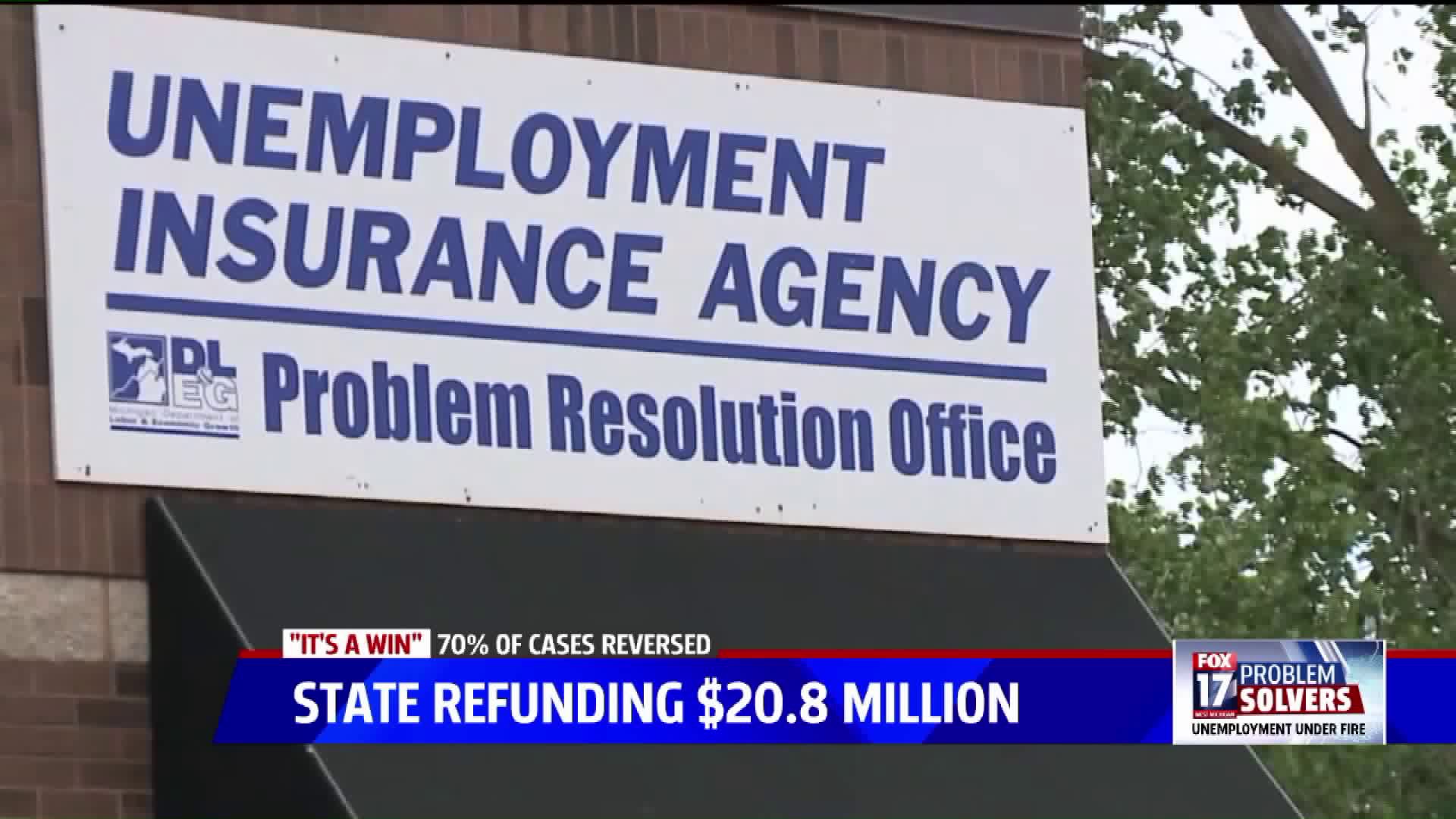 The figures were released as part of a review that began in January, after an astounding 93 percent error rate was discovered in an examination of thousands of cases.

The Unemployment Insurance Agency said it has now reviewed more than 62,000 cases in which claimants were assessed a fraud penalty and did not appeal — at least 9,000 more than previously disclosed. Of the 40,000 resolved solely by the troubled computer program, 85 percent were reversed. Of the 22,000 cases that were flagged by the Michigan Integrated Data Automated System (MiDAS) and referred to a human investigator, 44 percent were overturned — which mirrors the overall reversal rate in the normal appeals process, said state spokesman Dave Murray.

Another 5,000 cases were resolved through appeals.

Wanda Stokes, director of the Talent Investment Agency — which houses the Unemployment Insurance Agency — said changes have been made to ensure residents "are treated fairly and get the benefits they need during a stressful time. Our initial focus was on a painstaking review of all the cases in question so we have the clearest picture of what we have to do to make things right and restore public trust in the system."

The state has repaid all but about $2 million of the $20.8 million being refunded to people, Murray said, and is trying to locate those who are still owed money.

Republican Gov. Rick Snyder's administration has been under fire for the fiasco. Last month, the state announced it was dropping criminal charges against 186 people accused of illegally collecting benefits.

Over a two-year period, the state mostly relied on the computer system to flag people who were accused of collecting excessive unemployment benefits based on discrepancies in reported earnings, hours worked and other information. They were hit with penalties, wage garnishments and lost tax refunds — before the state admitted it was wrong.

The agency said that for most of the reversals in the latest review, residents got benefits to which they were not entitled but they did not intend to commit fraud. In other cases, employers reported quarterly wages to the agency, which later found that the wages had not been earned during the weeks the claimants filed for benefits.

Jennifer Lord, an attorney who has been leading a class-action lawsuit against the state, said Friday that the review is a "limited, positive step forward. But we are concerned that the dollars are not adding up. The state's own audited financial statements demonstrate that tens of millions more were seized from the citizens of Michigan. It is critical that the state and the agency be fully transparent so that confidence in the agency is restored."

Lord also called for the administration to specify how and why "this debacle happened."

Stokes has previously said lawmakers should consider reducing what are the country's highest financial penalties for unemployment fraud. Democrats in the GOP-led Legislature have introduced bills in response to the scandal, and a bipartisan workgroup is meeting.

The agency said it is improving the computer program, staff interaction with residents and letters sent to claimants. It has received help from national experts on "best practices" and recently began a second phases of organizational changes.

But Democrats continued their criticism Friday, saying it has taken too long to fix problems and contending that those accused of fraud often incurred other costs that the state does not plan to reimburse.

"Families went into bankruptcy, marriages were ruined and properties were lost because residents, by no fault of their own, were robbed by the Snyder administration," said Senate Minority Leader Jim Ananich of Flint.

The FOX 17 Problem Solvers have been investigating the UIA for over two years.