What’s next for unpaid UIA refunds? 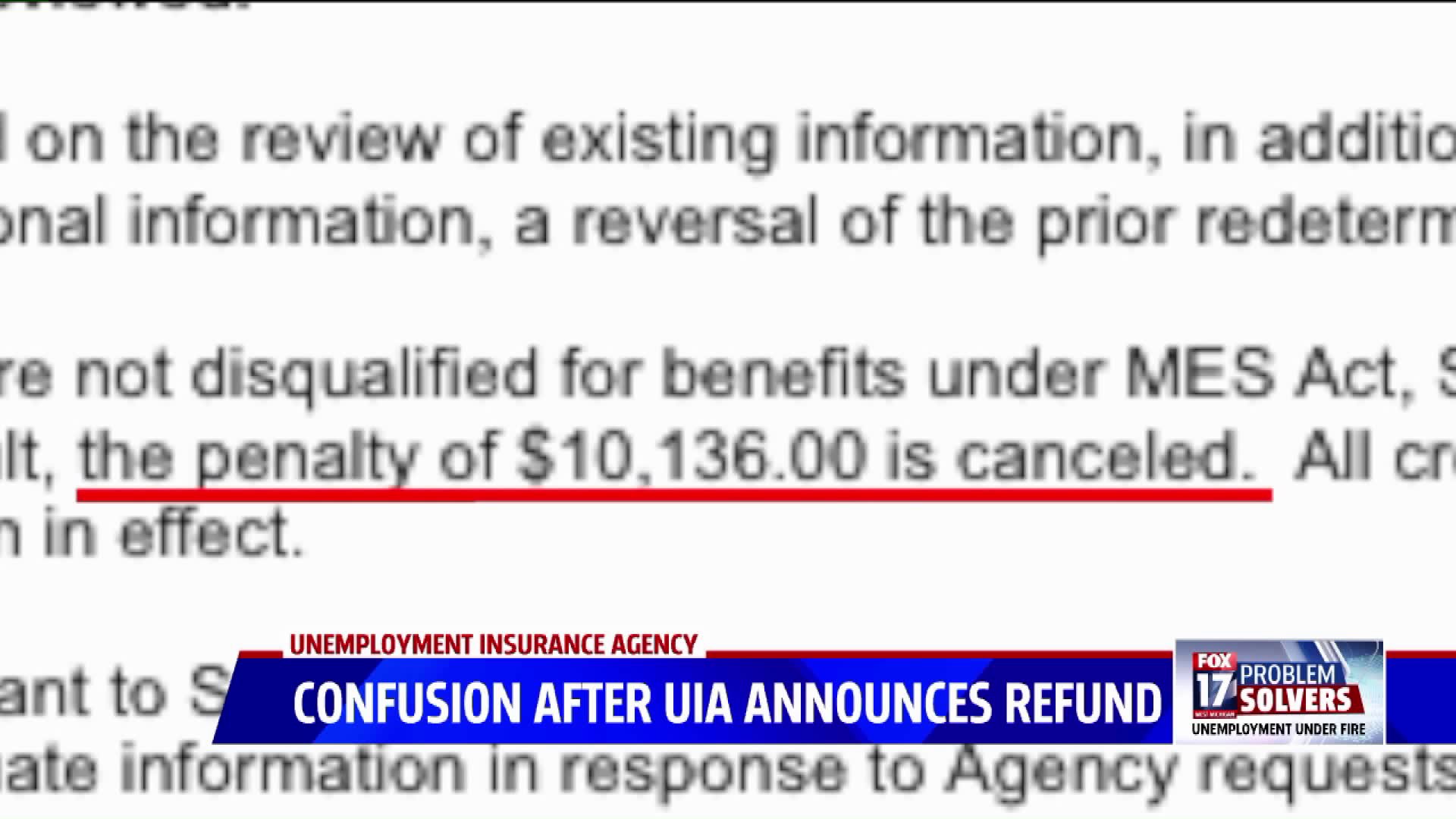 GRAND HAVEN, Mich. -- The Michigan Unemployment Insurance Agency said it's working to locate citizens impacted by the fraud fiasco who are owed refunds. Of the $20.8 million in refunds, the state said $2 million have yet to be returned to citizens.

Damon Gaultney is wondering if he falls into that category. The Grand Haven resident said his tax refunds have been seized over the past few years to pay a debt he never believed he owed. The UIA had accused him of fraudulently collecting benefits.

"I found I had been fined $13,000 for fraudulent claims that I knew nothing about," he recalled.

He said the discovery came in February 2015, months after his benefits ended and he found another job. In August 2015, he said the state denied his request to review his case. Around that time, the state admitted its computer program, MiDAS, had been used to determine fraud without human intervention.

Gaultney said the turning point for him came when Congressman Sander Levin demanded the state review all of the tens of thousands of cases connected to the computer program’s incompetence. It turned out to be about 62,000 cases, according to the state's latest numbers.

The reviews took place over time, and Gaultney got his results just weeks ago.

The letter he received clearly states the $10,136 penalty is canceled and no longer imposed. Since he already paid it, Gaultney said it's what the letter doesn't say that leaves more questions.

"I don't know where to go from here," he added.

The FOX 17 Problem Solvers are working to help him get answers.

When it comes to the agency's process on contacting people to give refunds, the UIA's new director Michelle Beebe told FOX 17 the following on Sunday evening:

We are using all known phone numbers and addresses to reach out to impacted individuals.  We are also coordinating with other state agencies.

Refunds are being issued for individuals that meet both criteria (1) had a penalty and overpayment assessed that was later reversed and (2) had some money collected by UIA towards that amount prior to the reversal.