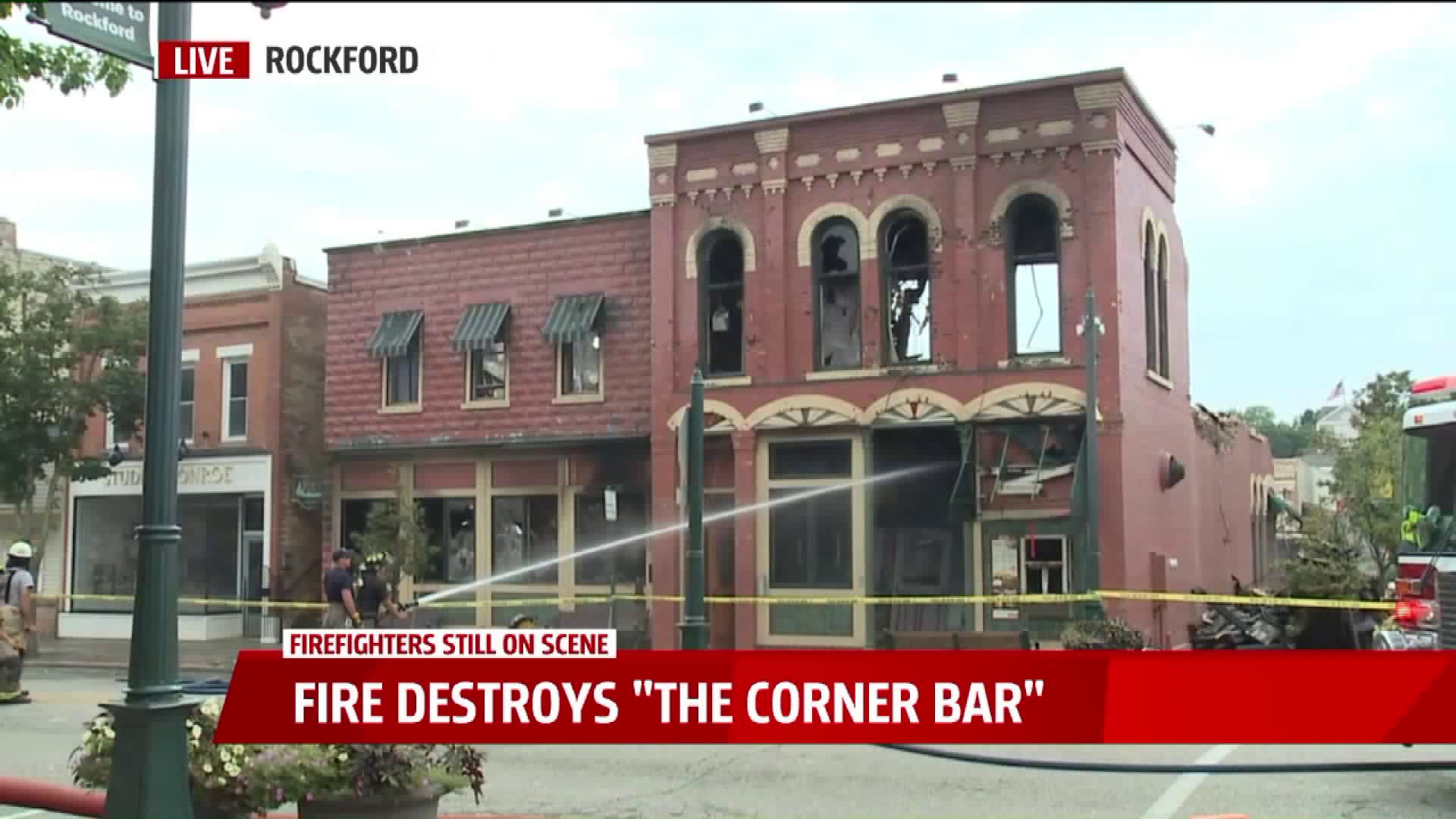 ROCKFORD, Mich. - The owners of The Corner Bar aren't letting a fire get in the way of serving hot dogs to Rockford residents.

Crews have been working to extinguish a massive fire at The Corner Bar since about 5:00 a.m. Monday morning. The popular downtown Rockford bar has been a fixture since the 1930's. The bar occupies the oldest building in Rockford, which was built in 1873.

While crews continued to fight  the fire into Monday afternoon, staff set up a hot dog stand around the corner at Courtland Street and Squires Street.  Staff was handing out free hot dogs to residents and crews helping to fight the fire.

Much of downtown Rockford was closed Monday due to the fire.

On Thursday, a fundraiser is being held at Uccello's on Main Street in Rockford to help those affected by the fire. It's scheduled from 4 p.m. to 9 p.m.