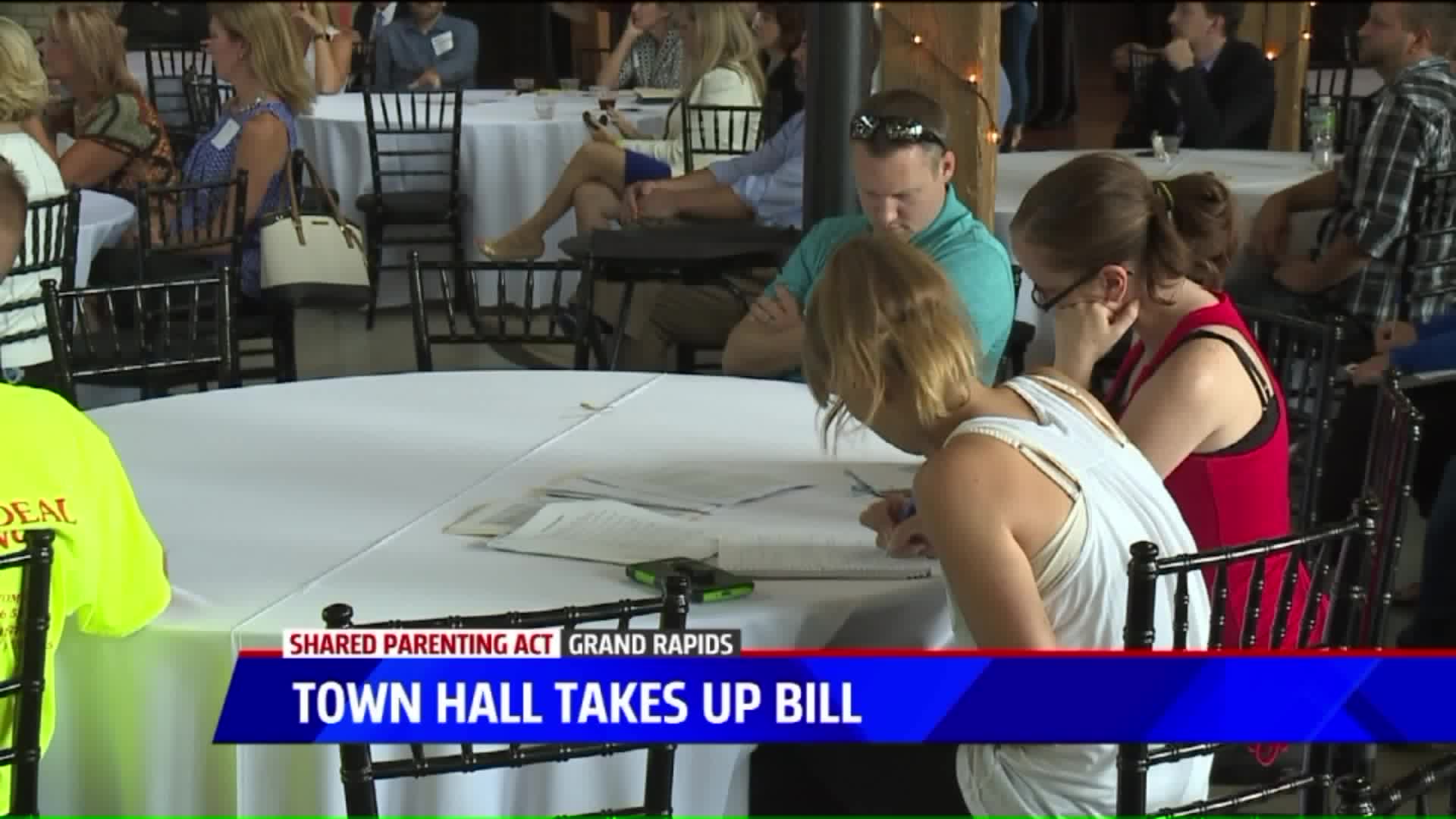 "This issue impacts more than half of all the people in the State of Michigan," Runestad said. "Indirectly, almost everyone is affected."

"Unfortunately, the current system is built in an adversarial nature," he said, "so it basically pits the parents against one another to show who is the best parent."

Opinions expressed on the bill varied widely Monday night. The crowd heard from parents fighting for more time with their children as well as from lawyers and judges who oppose the bill. The latter said it's flawed.

"The legislators have allowed for domestic violence to be considered as a factor now in determining equal time on this bill," Ackert said. "But there are other factors that still need to be addressed, and we're open to discussing that with the legislators to try and get a fair bill. At this point, we don't believe it is fair, and it opens up a floodgate of litigation."

Some questioned the data Runestad cites to prove his point and said no two cases are alike and that many factors can come into play on a case-by-case basis. Some also mentioned there are parents who are voluntarily absent as well as former couples who manage to work out arrangements on their own.

Runestad said one thing is sure: the focus should be on doing what's best for the children.