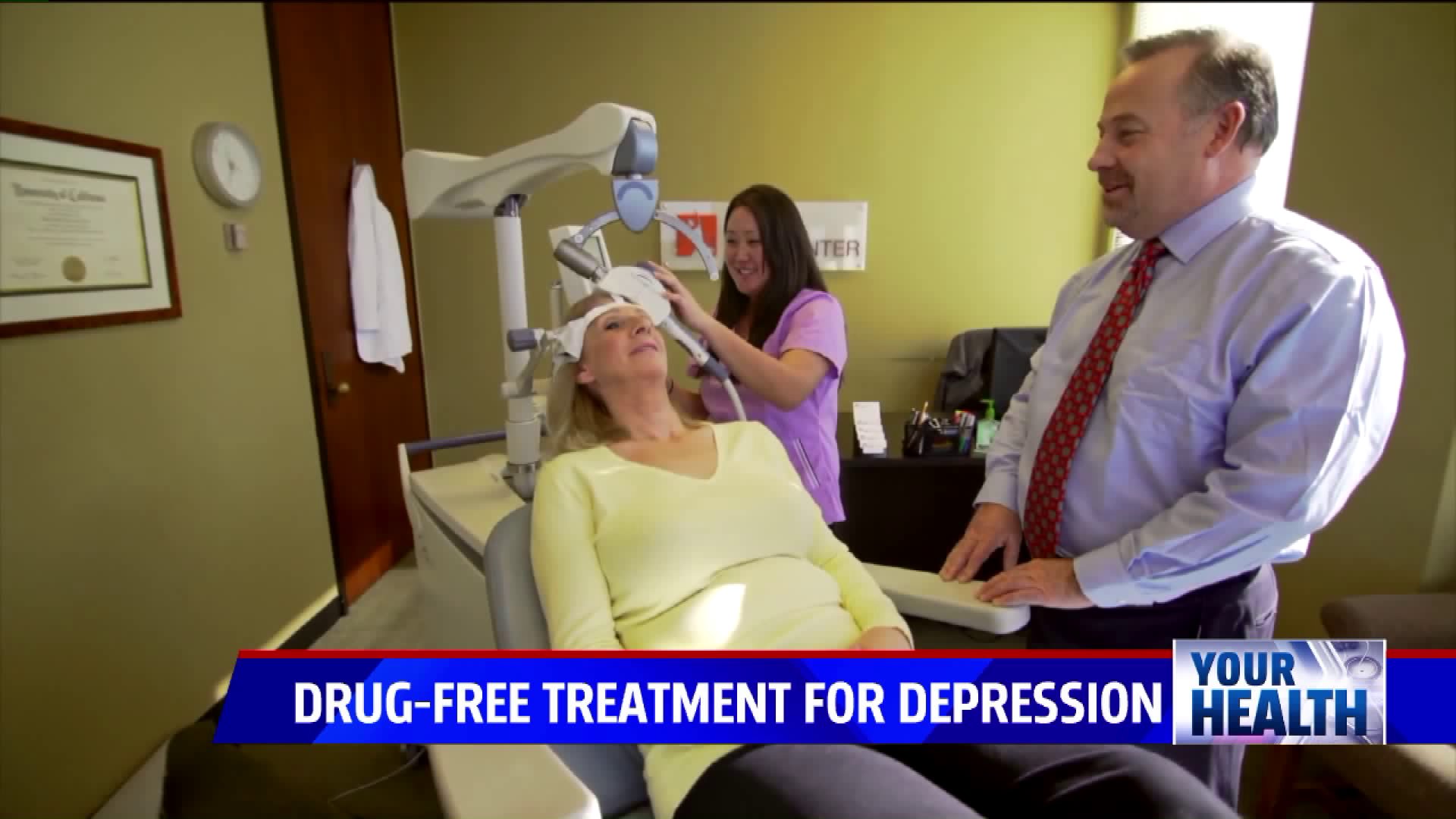 GRAND RAPIDS, Mich. – An unconventional treatment for depression is gaining acceptance in West Michigan. Transcranial Magnetic Stimulation, a drug-free treatment, has been available for a number of years at Psychiatric Associates of West Michigan, and Michelle Kregel can testify to its effectiveness.

Depression affects about 25 million Americans, and about four million patients don't respond to standard treatments. One in 10 people over the age of 12 in this country take antidepressants, said Dr. Henry Mulder at Psychiatric Associates, so a non-drug treatment is a big deal.

"You don’t have to live every day feeling lost and alone and like you’re missing out on life."

Until eight years ago, TMS was only permitted as an experimental treatment. The process manipulates the brain using magnetic waves. It's non-invasive and requires no anesthesia, and it has been approved by the FDA. The patient just sits back and relaxes while a small magnet coil targets the precise location in the brain that controls mood.

Kregel says it has made a difference.

"I didn’t want to be around people," she said. "I wasn’t eating, sleeping, spent a lot of time by myself. I laid on my bathroom floor, and I was like, I’m done."

Kregel started questioning whether there was a treatment out there that would work for her. Though weary, she decided to try TMS.

"After just a couple of treatments, my husband said to me, 'I missed that laugh. I said, 'You’re right. I laughed today.'"

"Get help," Kregel said. "You don’t have to live every day feeling lost and alone and like you’re missing out on life.  There is help. I can say that because I tried multiple medications, and I was like I don’t want to try another one. But keep trying."