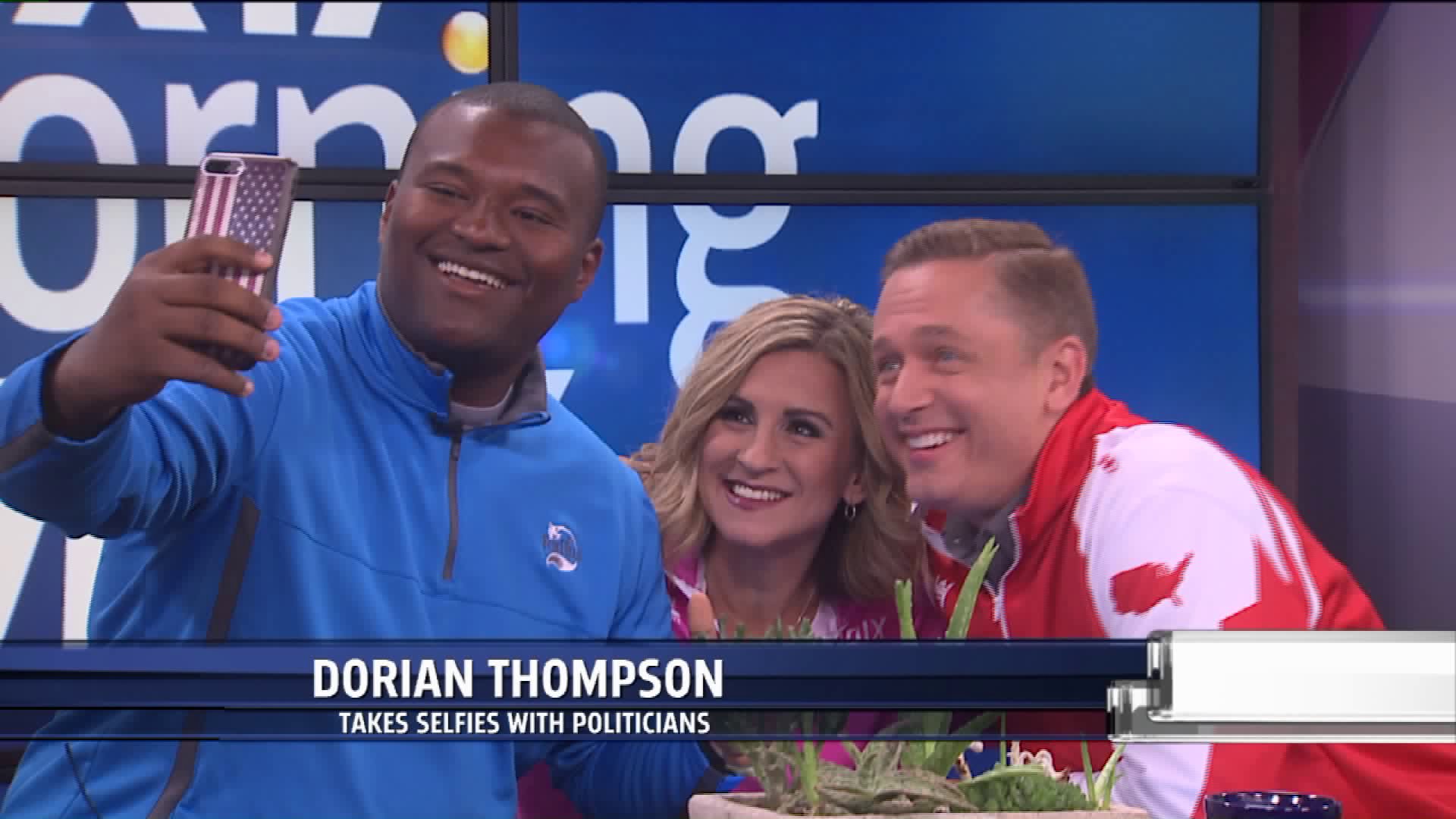 It's funny how being at the right place at the right time can land a person the opportunity to meet someone famous. That's exactly what happened to Grand Valley State University Student Dorian Thompson, who was so excited to meet Leigh Ann Towne in the flesh on the Morning Mix!

Thompson has a reputation for getting selfies with famous people, but his reputation really grew when he saw Oprah Winfrey in Grand Rapids on Wednesday.

Thompson's Internet fame quickly grew overnight when he ran into Oprah while visiting the Gerald R. Ford Museum, and asked to take a selfie with her. Not long after he posted his selfie on social media, the news spread like wildfire.

Thompson also made an announcement on the Morning Mix that he'll be running fro president in 2048, so keep an eye out for his campaign, or maybe even take a selfie with him.