Oprah spotted in Grand Rapids for the second time this week 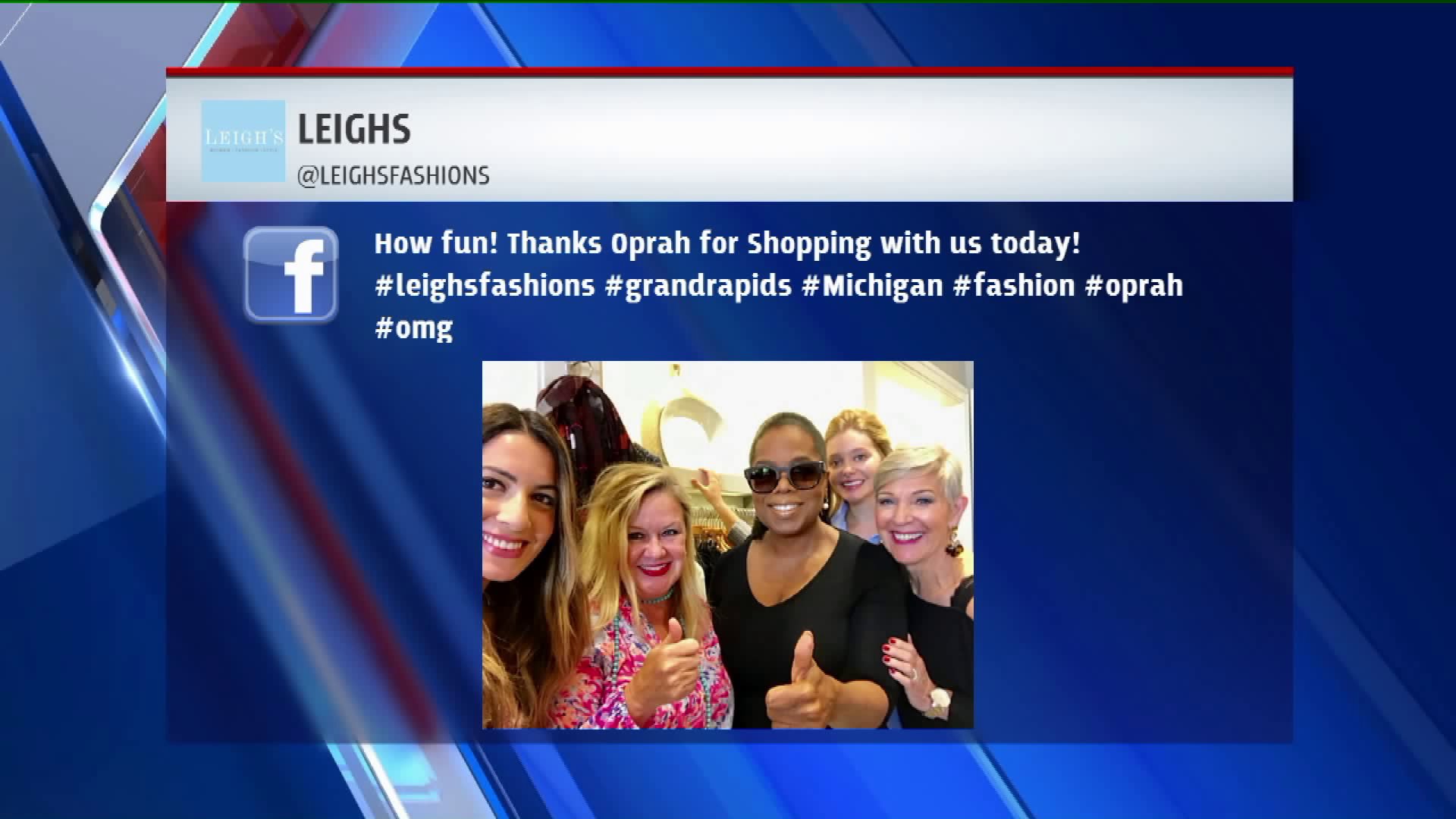 GRAND RAPIDS, Mich. -- Oprah was spotted in Grand Rapids Saturday for the second time this week shopping for clothes.

She apparently made a pit stop at Leigh's, a clothing store, at 1942 Breton Road SE in Grand Rapids.

The store uploaded a photo of Oprah and some of their employees saying she left the store with a bag and a smile on her face.

You may remember earlier this week she was spotted downtown  interviewing Congressman Justin Amash.