Thousands of dollars worth of Legos stolen during Grandville break-in 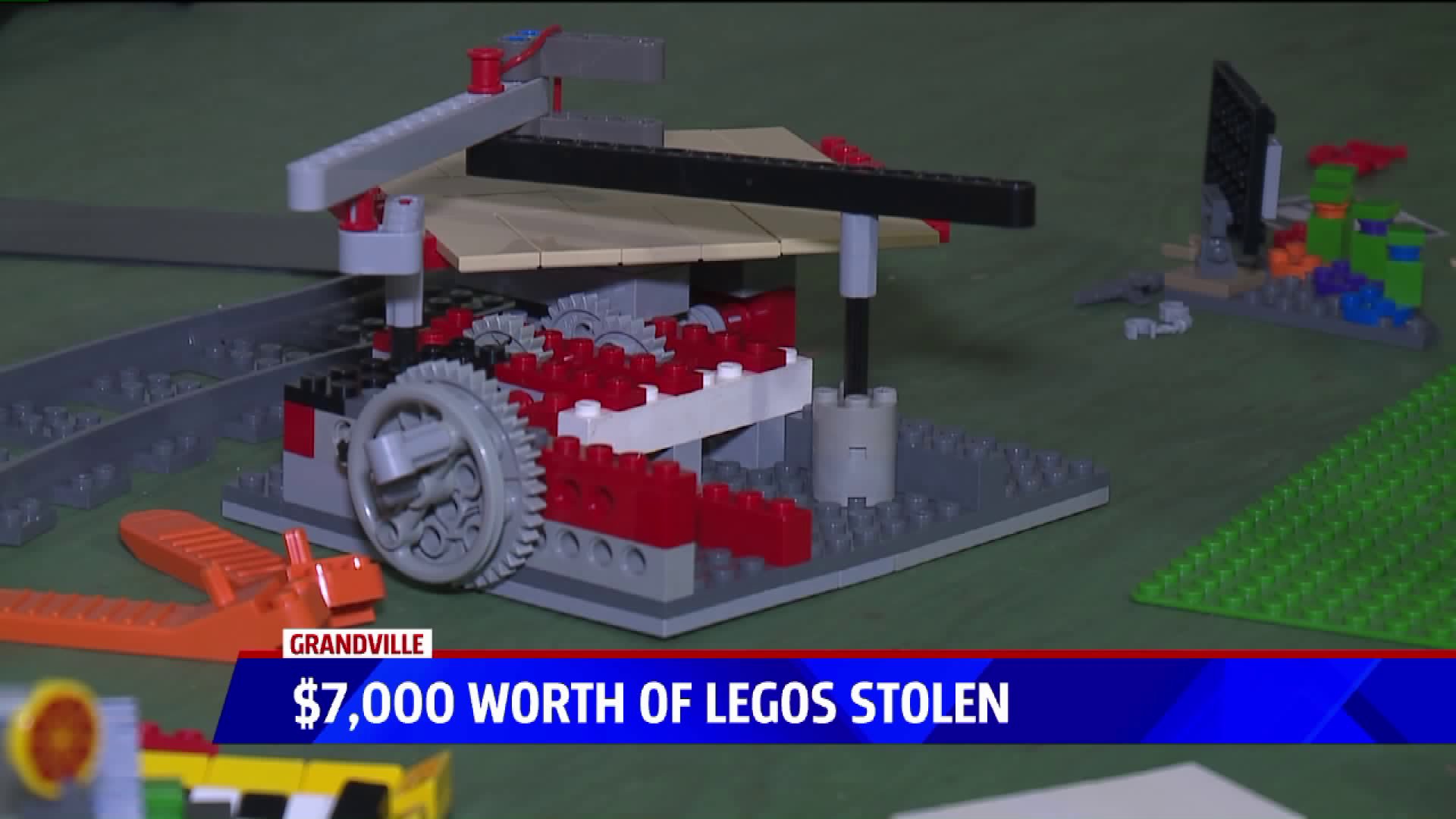 GRANDVILLE, Mich. -- A family in Grandville had their home broken into while they slept, but instead of taking electronics and money, the thief stole thousands of dollars worth of Legos.

The bandit did more than steal Legos; he stole a lifetime of memories for Brian Richards.  Not much is left of the collection he's had since he was 5 years old.

The Legos filled an entire room, and took him decades to collect.

"It's upsetting that they stole something that I've been building over the course of years," Richards said.

Richards values the collection at around $7,000, but he says it's not about the money.  Richards said two days before the robbery, his wife was working on an anniversary set.  His two children also enjoyed building with his collection.

"The Lego itself isn't special but the memory attached with [building] together is," he said.

He's hoping the police can track down a suspect.  He said he's changed all the locks to his house and is going to get surveillance cameras.  Until an arrest is made, he's trying to remain positive.

"So there's a couple silver linings," he said. "The first is we get to relive some of these memories.  But the other is the fact that they left all the instruction booklets so that we can find all of them again."

Piece by piece, he says he will get his collection back the way it was.  He said the Legos are covered under his insurance policy.

Richards is also asking people to keep an eye out at places like pawn shops and on sites like craigslist for a large amount of Legos being sold.