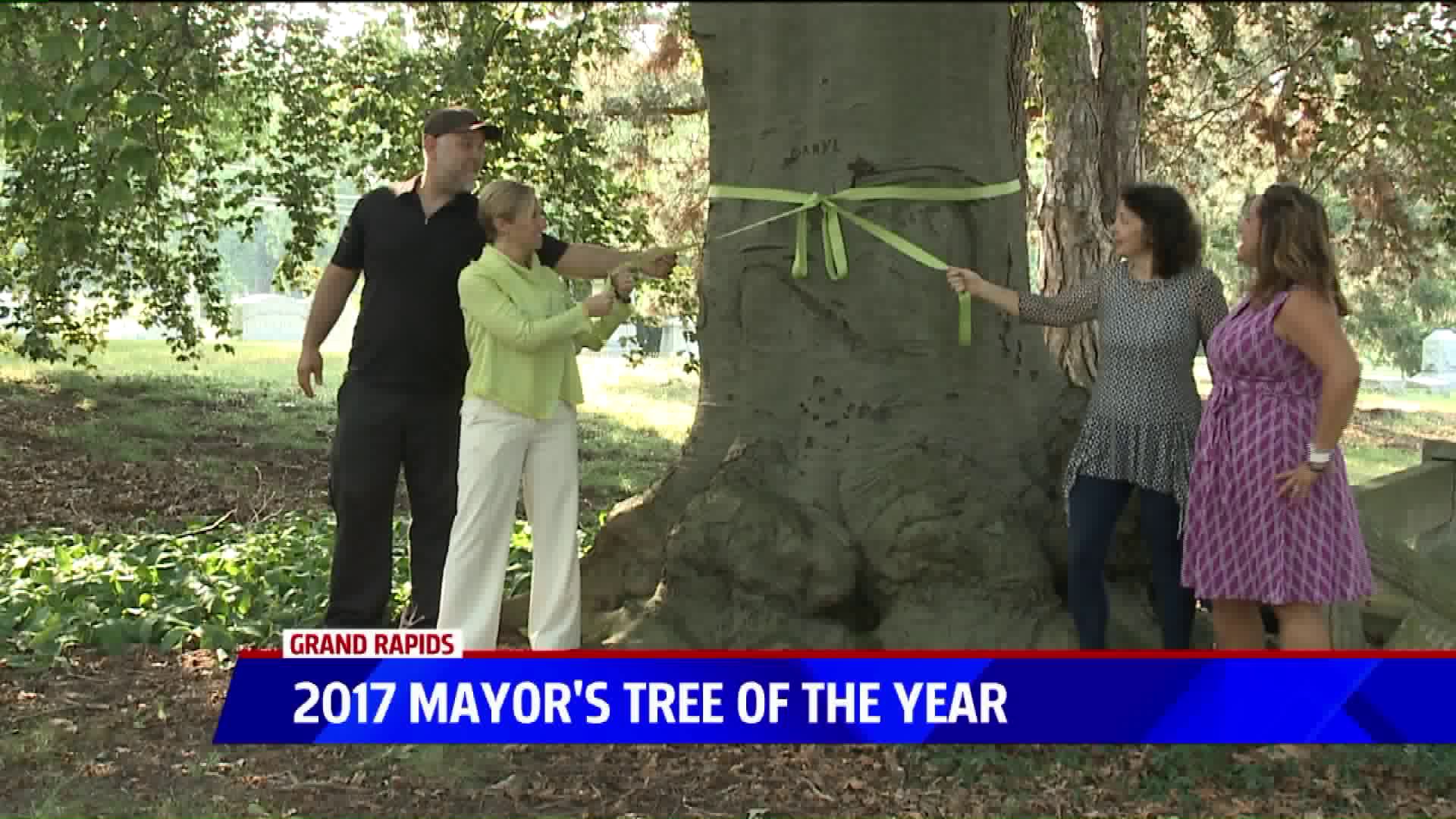 At least, in terms of being named the '2017 Mayor's Tree of the Year'.  A ceremony was held there Thursday, with Mayor Rosalynn Bliss and other city leaders and community participants on-hand.

The 'Mayor's Tree of the Year' inaugural contest kicked off in 2012 when Mayor George Heartwell was in office, as a way to raise awareness about the importance of preserving trees - while spurring community involvement in Grand Rapids' urban forest.  It's "grown" into a tradition, five years later.

People send in nominations each year for a tree they feel deserves special recognition and submit personal stories about it. A board then votes for the Top Three finalists, before the winner is announced.

Friends of Grand Rapids Parks touted the many benefits of trees, such as improving property values, reducing energy use and making neighborhoods more appealing.

At the ceremony, Mayor Bliss said, "The city has...an overall city goal of getting to a 40-percent tree canopy.

The person who nominated this year's winning tree says she selected it because of its unusual look - and its historic location.