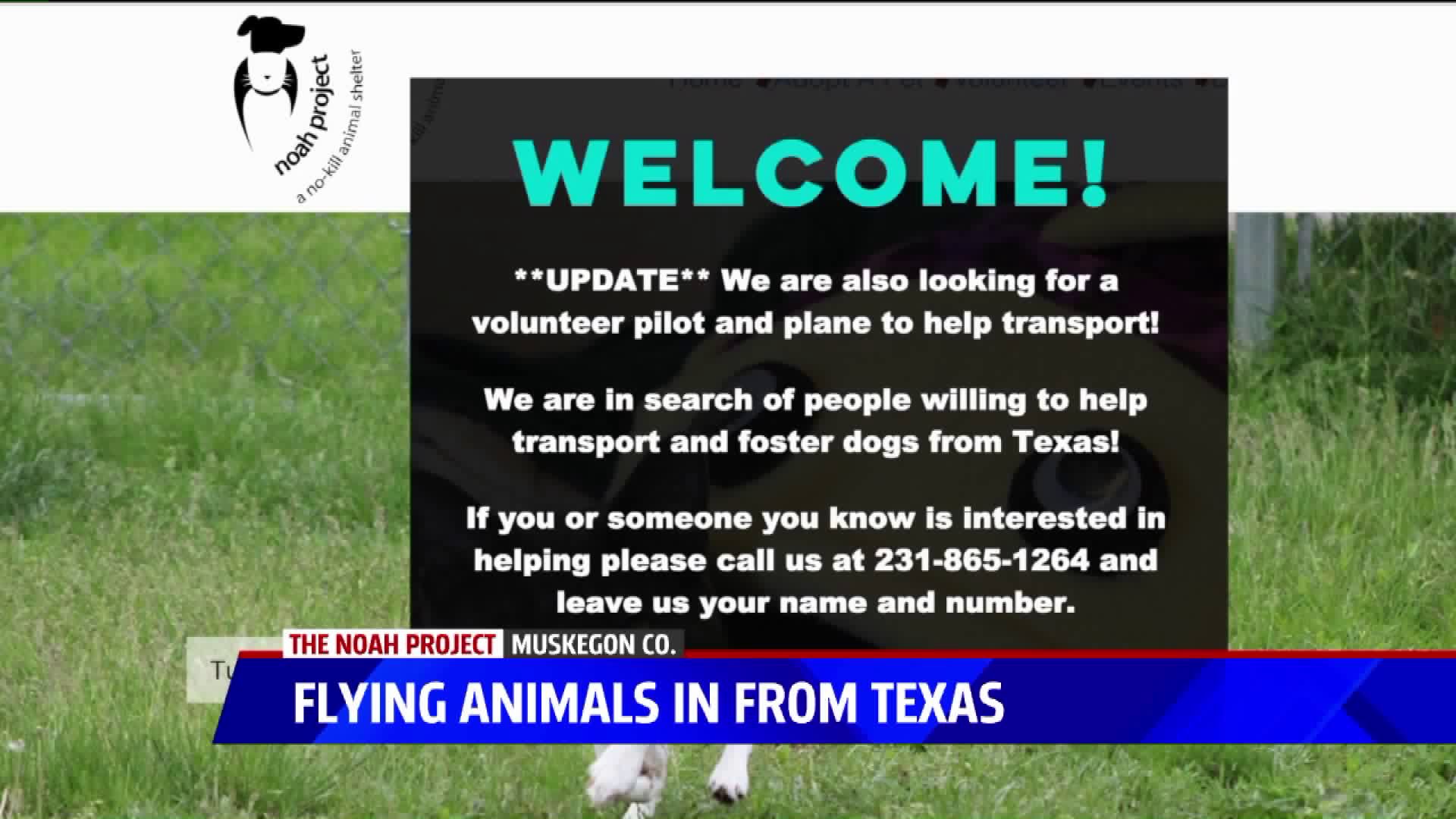 MUSKEGON, Mich. -- The Noah Project, a no-kill animal shelter in Muskegon, is coordinating a 100 animal rescue from shelters in the Louisiana and Texas areas to West Michigan.

Thursday afternoon the Michigan Department of Agriculture and Rural Development approved The Noah Project's mission to fly the animals into West Michigan following state guidelines. Shortly before, the animal shelter's team partnered with Pilots 'N Paws and secured a jet.

"I am so geeked you know it’s always been my dream to do search and rescues at natural disasters," said Jane McGregor, board member with The Noah Project. "I always pictured myself on the ground but how else can you help?"

McGregor and Executive Director of The Noah Project Tamara Owen say they will be flying dogs already in shelters in Hurricane Harvey affected areas, to make space for all other animals now stranded.

"We empathize with [the stranded animals] and we wish them the best, but those pets need a chance to be reunited with their owner," said McGregor.

"MDARD is on-board with helping to facilitate animal movement if it is done through appropriate emergency management channels so that animal and public health can be protected. At this time, we are not aware of any official requests for assistance coming from the State of Texas to the State of Michigan.

The state is encouraging animal shelters to not self-deploy into a disaster area, but rather be part of the organized effort coordinated with specific, active requests for mission-ready resources... MDARD is currently monitoring the situation and is ready to assist should the ask come."

Owen said they will be compliant and carefully monitor things like heartworm, adding "because there is a bad heartworm epidemic in the south. So we want to make sure we're not bringing it north."

To help The Noah Project from not becoming overcrowded they are asking for help from other shelters and families to house, foster and adopt these incoming pets soon.

"We are looking for other shelters, other rescues, we’re asking the public to step forward and assist with fostering some of these animals that we aren’t able to find room for," said Owen.

"We’re asking veterinarians to step forward and assist us to help us with the secondary analysis of these animals, to make sure they don’t have anything contagious that they’re bringing in.”

The flight is not scheduled yet, and likely to happen after Sept. 5. If you want to help in the meantime, sign up to volunteer to transport the animals once they're flown in, or bring needed supplies to their rescue like blankets, call The Noah Project: (231)-865-1264.