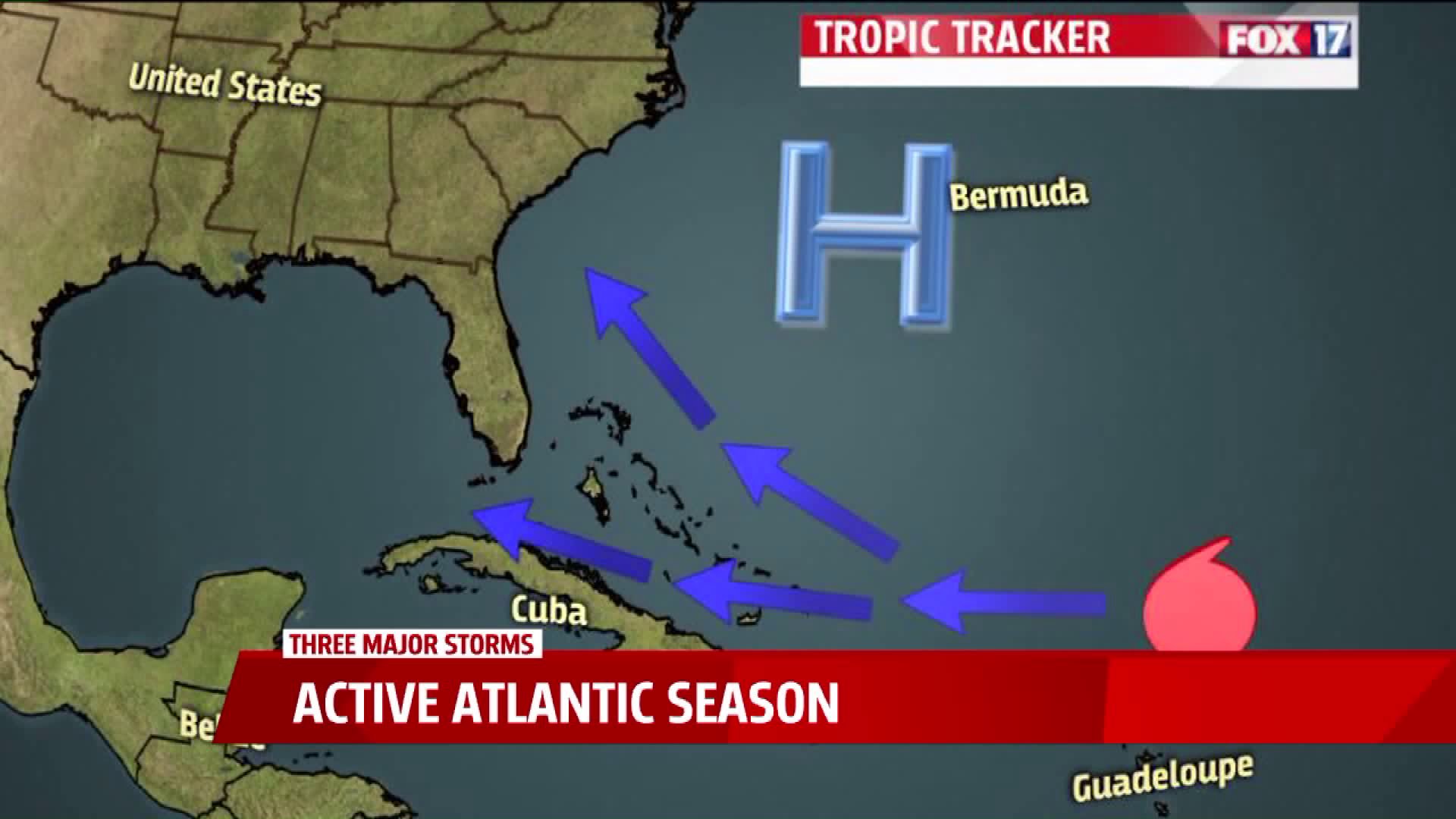 MT PLEASANT, Mich. -- Just days after Hurricane Harvey devastated parts of Texas and Louisiana, Hurricane Irma is taking aim on the southeastern U.S. In addition, there are two more named storms in the Atlantic basin at this time: Jose and Katia.

"So we're, I think, about two storms above normal by this date in a typical season," said Dr. John Allen, Assistant Professor of Meteorology at Central Michigan University. "And part of that is we've actually been extremely low in previous seasons."

The last time a major hurricane made landfall in the Atlantic basin was back in 2011. Before that, it was 2005 during the times of Hurricanes Katrina, Rita and Wilma.

Dr. Allen -- who specializes in hazardous weather -- says no one knows for sure why 2017 is more active than recent years, but says there are some contributing factors. "So the Bermuda high certainly plays a role in how far west storms track," he said. "So in this particular case the high has been pushing Irma -- and is pushing Irma -- further westward and towards Florida. Now if the high is smaller and further eastward, then the storms just tend to re-curve into the North Atlantic."

The Atlantic hurricane season's average peak is Sept. 10, so we're not quite halfway through this already active season.